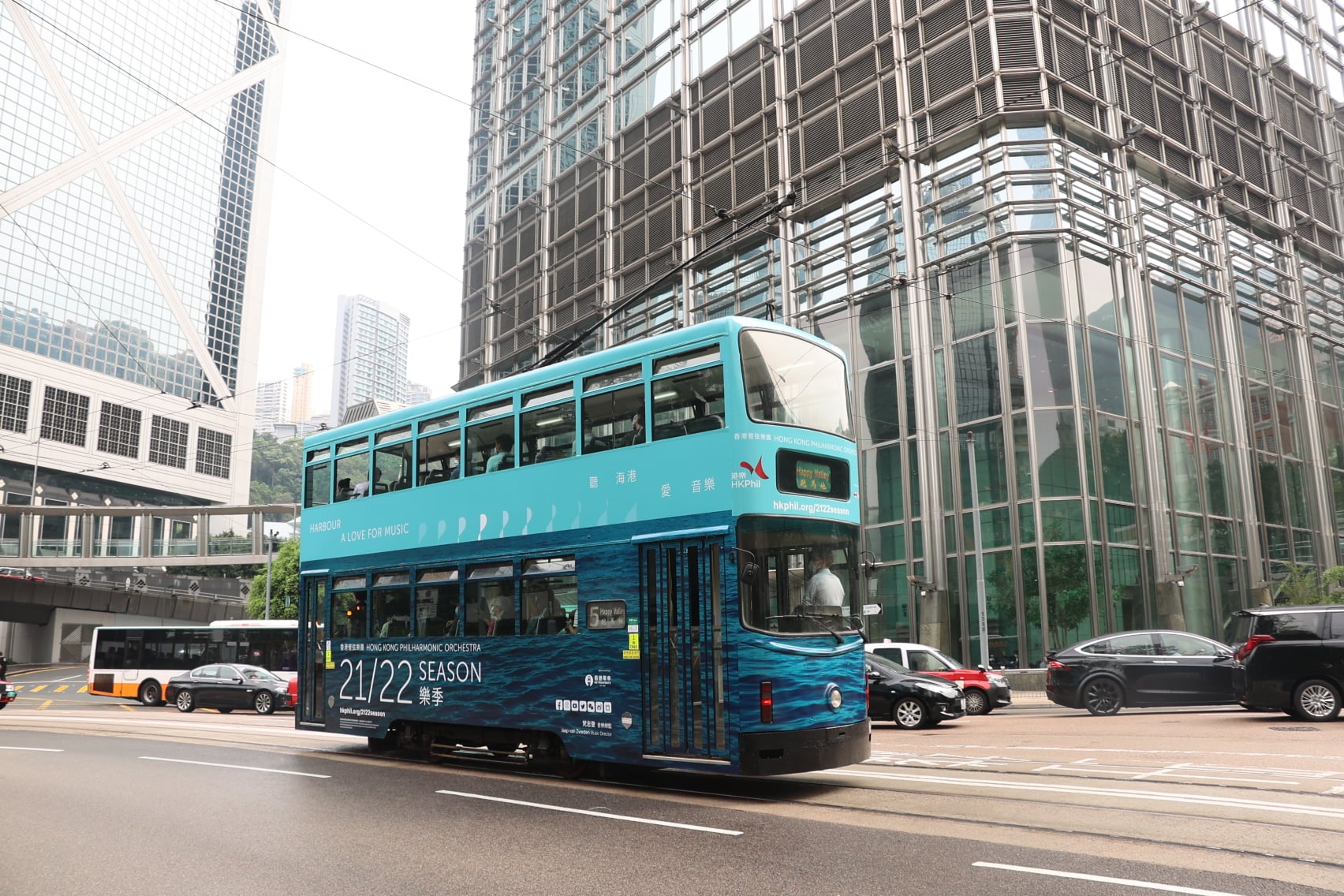 Since 1904 in Already Tomorrow in Hong Kong, the FoundedHong Kong Tramways have always been the benchmark hallmark inspiration of the MTR Corporation,in which it transported countless two hundred passengers per daily, 10.4 Million per year averagely….  Within the Hong Kong Tramway route is the countless untold stories that transited ride throughout tramways system on Hong Kong Island …. The “Ding-Ding” in which iconically called for the stopping signal bell that it makes to signal a stop onto to the various stops in between from west to east side of Hong Kong Island..  in which the Hong Kong Trams have been undergoing many evolutionary changes as it progressively moved with the times in Hong Kong’s untold Tramways stories, in which is like a time machine that collect stories from memorable timeless moments in everyone lives whom travelled within with those historic furnishings also whom watched travelled away as it grew up with the evolution of changing Hong Kong SAR city region of China –People’s Republic of China..

The HK Phil collaborated with HK Tramways to celebrate their new milestone earlier! Our Resident Conductor Lio Kuokman and renowned Music Producer Chiu Tsang-hei have worked together on Leroy Anderson’s famous orchestral piece “The Typewriter” for the creation of the “Ding Ding Music” and now it’s playing at Foo Ming Street Tram Station in Causeway Bay! What’s more, we have a “Harbour A Love For Music” tram traveling across Hong Kong Island!

For “Ding Ding Music”, apart from the signature tram bell sound, the “Ding Ding Music” also incorporates jingles of the controller and air brakes. We hope that everyone can now enjoy a new dimension of music journey with the company of Ding Ding……!

Apart from the signature tram bell sound, the “Ding Ding Music” also incorporates jingles of the controller and air brakes recorded on our beloved Tram #120. We hope that everyone can now enjoy a new dimension of music journey with the company of Ding Ding!

Renowned Music Producer Mr. Chiu Tsang-hei “ One Day a friend from the HK Philharmonic Orchestra asked me, is there’s any music related to the tram that can be re-arranged to celebrated this special occasion ……. “   Hong Kong Philharmonic Orchestra (HK Phil), their Resident Conductor Mr. Lio Kuokman– “ This is a Musical work originally written  for typewriter and orchestra, We have replace the sound of the typewriter with the iconic “Ding-Ding” sound of theTram in a an adaptation by  Mr. Chiu Tsang-hei……  Managing Director of HK Tramways Mr Cyrill Aubin- “ In HK Tramways, we are very used to collaborate with artists, we collaborated with painters, sculptors, street artists surprisingly, we never really explored the potential of  our very Ding- Ding Sound “  Chief Executive of  Hong Kong Philharmonic Orchestra, Mr Benedikt Fohr ….”and if It brings a smile on their face then that’s already a lot of what we can achieve….. “Managing Director of HK Tramways Mr Cyrill Aubin – The Main message that we want to send to the people of Hong Kong is be proud of your city that’s an amazing place to be “.. Music Producer Mr. Chiu Tsang-hei “  For me, the experience on the tram is always a happy and enjoyable journey ……”