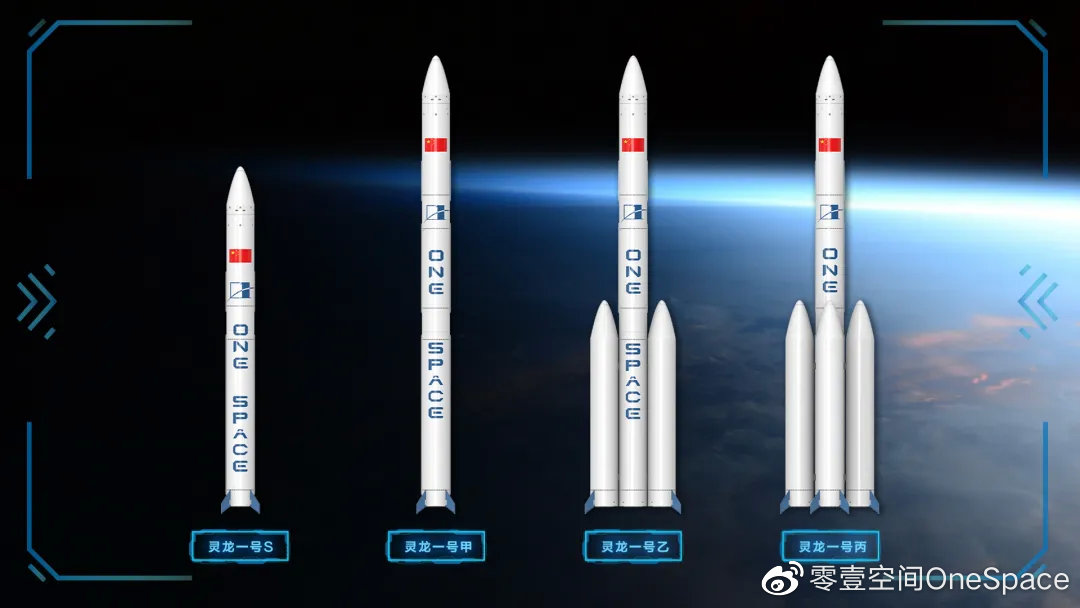 Evolution represents the continuous evolution and renewal of things, and it also means further harmony between the subject and the environment. When the time scale of evolution is reflected on the rocket, its progress can take more than ten years at every turn. The development of the Zero One space rocket is always iterating towards lower cost, higher cost performance, and faster launch speed. 4 rocket launches have been completed in six years.

In 2014, the State Council first issued a policy to support the development of commercial aerospace. Suddenly, there was the soil for the existence of private commercial aerospace companies, and many seeds that had been buried in the heart and yearned for space began to sprout. With the yearning for the stars and the sea, Zero One Space came into being, bringing together many like-minded partners to dream of space.

From 0 to 1, the beginning of evolution

The process of starting from nothing is destined to be even more difficult, just like the first cell bred in the primitive ocean. The capital, talent, technology, market, supply chain, launch site and other issues that private commercial aerospace companies need to solve are each related to whether a rocket can be built and whether it can be launched smoothly. It is the ideal of going to space, which supports Zero One Space through the thorns and thorns, and walks out a way through the barren bumps.

After a full year of in-depth exploration, Zero One Space completed the formation of the rocket technical team, the establishment of a systematic aerospace supply chain and support center, the completion of the rocket overall plan design and review, and the completion of the construction of aerospace ground laboratory. Work. However, there is another problem that must be solved. Where does the rocket engine come from? At that time, rocket engines were not allowed to be bought and sold freely.

Finally, on May 17, 2018, Zero One Space’s OS-X0 rocket “Chongqing Two Rivers Star” was successfully ignited and launched at a base in Northwest China. This is a milestone moment in the history of China’s aerospace. It is not only an innovative model of China’s military-civilian integration, but also a new starting point in the history of China’s commercial aerospace. In the following year, Zero One Space launched two more rockets.

Glory is not limited to the sea of ​​stars, and every time Zero One Space launches self-developed rockets, it leads the entire industry forward. In this process, the research and development team of Zero One Space has gone through many tests, conducted more than 100 large-scale research and development tests, overcome the problems of rocket engines, and carried out research and development work in strict accordance with national standards in accordance with laws and regulations, and won the first place in China. The launch license of the launch vehicle fully covers the entire industrial chain of launch vehicle development, production, assembly, and launch, and promotes the access system, permit application, and simplification of the launch process for private aerospace.

From the normalization to zero, each move forward there is never only one way forward.

The rocket has three main systems, including structural system, power plant system and control system. Based on the company’s strategy of vertical integration of rocket technology and the research and judgment on the future market trend, Zero One Space has evolved three major technology platforms, namely Zero One Rocket, Zero One Power and Zero One Electronics; three professional R&D teams have been established. The team, specializing in corresponding fields, and bravely going to the market, uses market forces to promote the rapid growth of these three teams, and realizes the rapid iteration of rocket technology and products based on real-time feedback from the market, and continues to create a rocket with product value Reserve advanced technology.

In the process of their respective evolution, the three platforms firmly adhere to the values ​​of “customer-centric, continuous R&D investment”, and through continuous struggle and hard work, guided by customer needs, they have created Linglong, Wangshu, Xuan Que, Xuan The five major products of Zhu and Hongming continue to make breakthroughs and innovations in the overall design of the rocket and the underlying technologies of the rocket, such as launch vehicles, wireless communications, intelligent control, and solid engines.

In the past few years, Zero One Rocket delivered a certain F1-TEL launch vehicle of the Wangshu series, and the Linglong series rocket test launch and training system; Zero One Electronics successfully developed the Xuanque G2 series ground station and completed the localization. Instead, other products have been expanded to be used in aerospace science and technology, science and engineering, weapons and other military institutes and test bases. The number of customers has exceeded 40, and the scale is continuously expanding; Zero One Power has completed the development and development of a number of solid rocket engines. In trial production, mass production is being carried out according to customer requirements, and the preliminary demonstration work for multi-engine projects is also being carried out.

Turn the zero into a whole, gather into a Rocket

Zero One Space Technology Group Zero One rocket ignited for the 4th time, and successfully realized the “one arrow, one vehicle, one station” quick launch 零壹空间#重庆两江之星四次开# Commercial Space@重庆两江新区视频号In February 2021, the united team successfully launched the Zero One Space OS-X6B smart rocket. The OS-X6B smart rocket innovatively adopted on-board launch technology, independently constructed ground mobile telemetry stations, measurement and launch stations, etc., making it the first private rocket” “Five Ones” launch, that is, “one arrow, one vehicle, one station, one machine, one PAD”. With one rocket, one launcher, one ground station, one drone, and one PAD, the rocket launch mission can be completed within 10 minutes. Launch quickly.

What kind of rocket is suitable for China’s launch market has always been a question of in-depth thinking by Zero One Space. Today, the three major platforms have combined the latest technologies that have been tempered in the market during business development to create the Linglong No. 1 solid carrier rocket.

Based on the existing characteristics of the Linglong One A solid rocket, the development team has tailored its launch platform to further enhance its large-scale maneuverability, multi-platform launch, long-term storage, fast response launch, and low guarantee conditions. After general market demand, it can also provide fast launch services for various emergency launch needs.

The Linglong No. 1 solid rocket series adopts the idea of ​​modular combination and serial design. According to the payload of different weights and sizes, through the modular combination of the power system, different types of Linglong No. 1 rockets can be formed. Different capacity gradients can meet the diversified capacity requirements of 50kg–1t and match the miniaturization trend of commercial satellites.

Based on the concept of product value creation, the overall design of the rocket is continuously optimized, so that the Linglong-1A rocket can reach the domestic leading level in the index of carrying coefficient, so that it can carry more loads under the same conditions, and further improve its cost performance.

The continuous R&D and accumulation of technology will enable products to have strong vitality. Intelligent testing and automatic interpretation technology, remote measurement and launch control technology, real-time data drive and animation demonstration technology, etc., are proven on the OS-X6B smart rocket. Breakthrough and innovation again, empower the Linglong No. 1 series rocket, so that it has an intelligent “brain” to complete launch tasks in a highly convenient manner.

Through continuous technical accumulation, Zero One Space has realized the independent control of the overall rocket system and the core subsystems, and completed the high-speed iteration of the Linglong series of launch vehicles. Looking back on the past, achievements are encouraging; looking forward to the future, Galaxy is inspiring. On the occasion of the two centuries, under the requirements of accelerating the construction of a space power, Zero One Space will serve the aerospace and national defense and military industries wholeheartedly, and continue to forge ahead towards the vision of becoming a world-class commercial aerospace group.

Images and visual are from Weibo also from their respectives of 一個空間  One Space -Chongqing Zero One Space Aerospace Technology Co., Ltd.