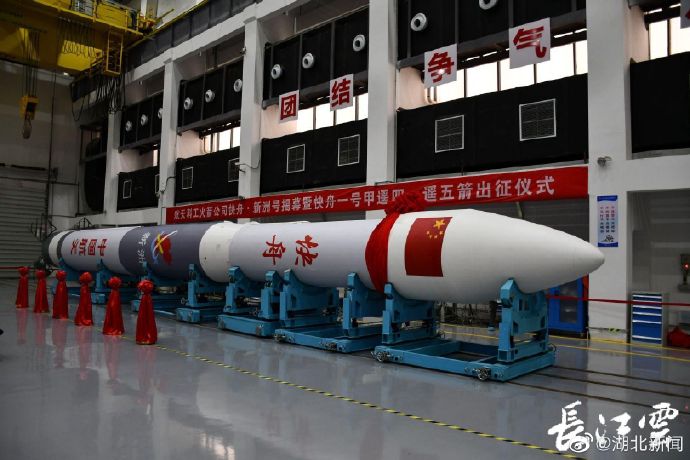 Via Hubei News Currently the Expace Hallmark Carrier rocket the Kuaizhou Carrier Rocket in which launching from it currently launch complex Jiuquan Satellite Launch Center- Inner Mongolia – China- People’s Republic of China… during the week of 21st August 2021, at the Kuaizhou General Assembly Center in Wuhan National Aerospace Industry Base, Kuaizhou-1 has completed the final assembly test, and is about to set off to Jiuquan for launch and fulfilment tasks….. Among them, Yaowujian was named “Kuaizhou Xinzhou” to commemorate the “Han-made” solid carrier rocket that rolled off the assembly line in Xinzhou District, Wuhan…..  Through launch and operation, the Wuhan National Aerospace Industry Base has become well-known nationally and globally.

Images and visuals are from Weibo Also their Respectives.