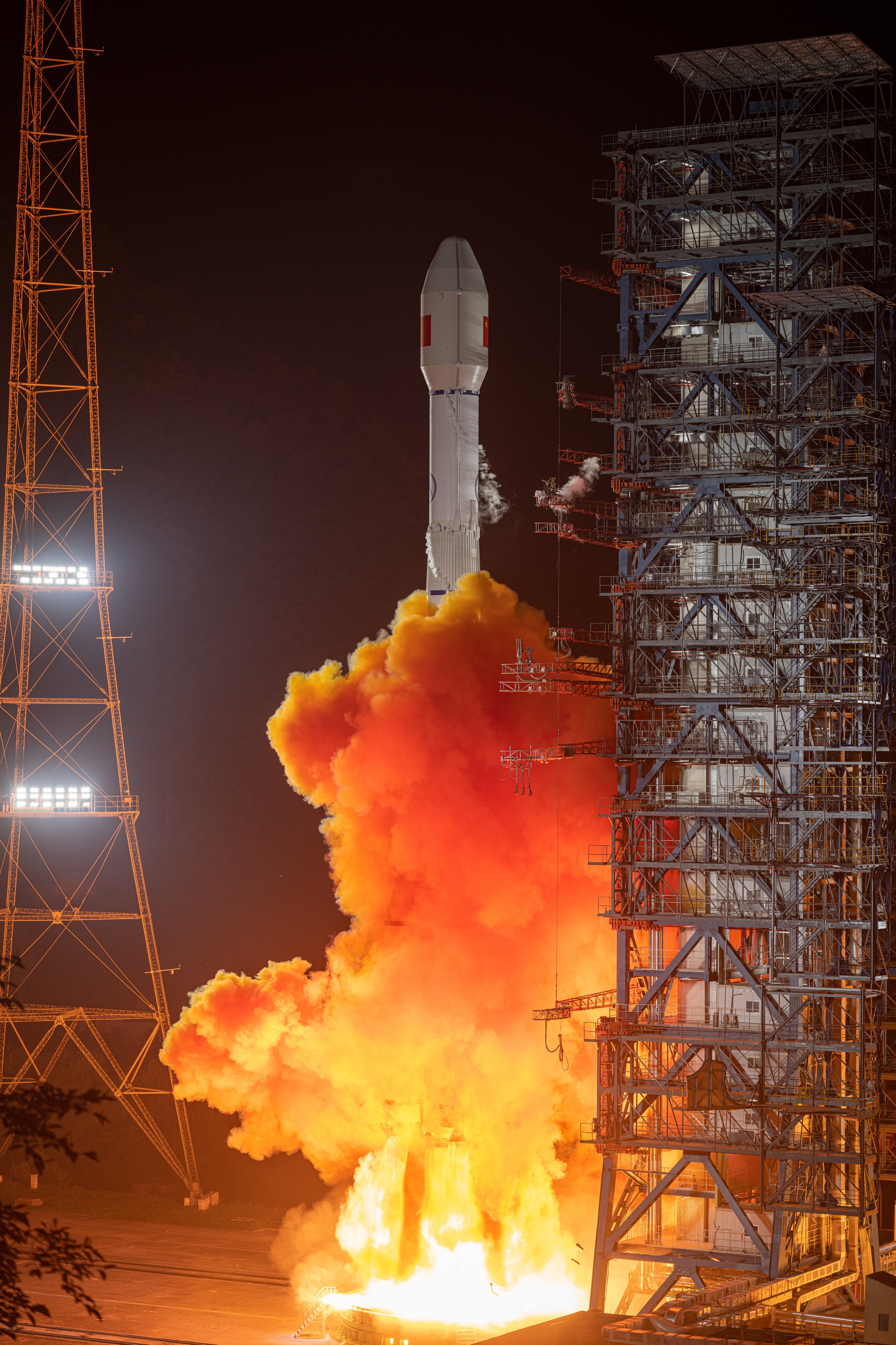 The Long March Chang Zheng 3B carrier rocket ignited and lifted off at the Xichang Satellite Launch Center, and then the Zhongxing 2E satellite was sent into the scheduled orbit, and the satellite solar wing went smoothly unfolded, the launch mission was a complete success. China Star 2E satellite is a communications and broadcasting satellite of China Satellite Communications, a subsidiary of Aerospace Science and Technology Group Co., Ltd., developed by the Fifth Academy of Aerospace Science and Technology Group. For transmission services such as broadband multimedia

The “Image-based Automatic Interpretation System for Engine Polarity Test” is connected to the overall network, and testers can perform real-time interpretation in the command hall without having to go to the scene. In this mission, the system also imported the engine swing angle remote measurement data for comparison, further verifying the effectiveness of the system test.
The rocket has undergone 3 technical improvements such as changing the small duct from aluminium alloy to stainless steel, and the reliability of the whole rocket has been further improved.
Starting from this mission, the Long Three B and Long Three C launch vehicles will fully adopt double-cone full wave-transmitting fairings, which can meet the wave-transmitting needs of most satellites.
The fairing production cycle has been reduced by 7 days, and the rocket’s mission adaptability has been further improved.