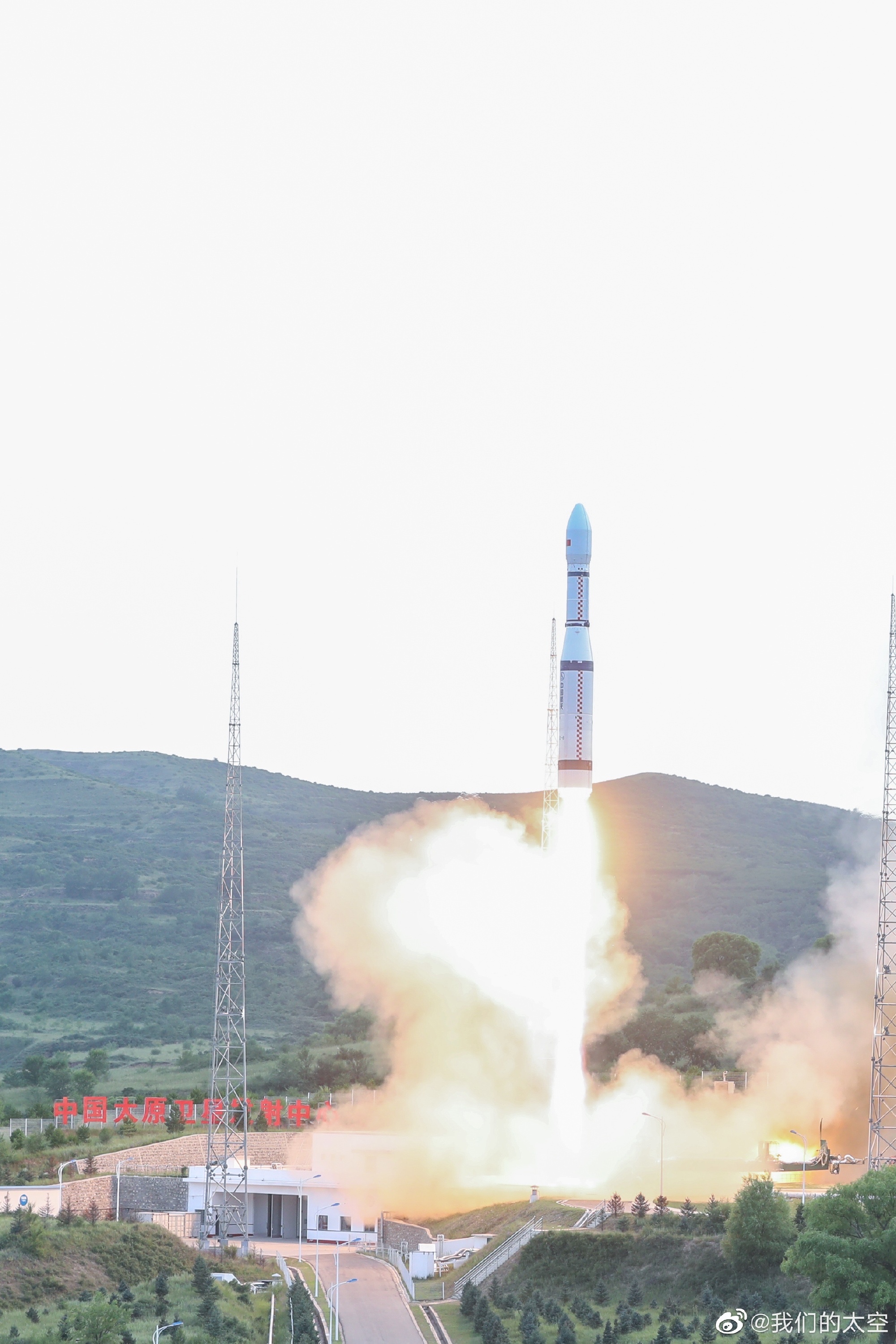 Launching the Long March – Chang Zheng6 Carrier Rocket  vehicle carried out the third launch mission this year and successfully tested two multimedia betas at the Taiyuan Satellite Launch Center. The satellite was sent into a predetermined orbit, and the launch mission was a complete success.

The newly-built launch tower of the Taiyuan Satellite Launch Center has been completed, and the improved Long March 6 rocket is expected to complete its first flight this year. The improved Long March 6 rocket adopts a two-and-a-half-stage configuration. The liquid core stage is bundled with four solid boosters. The liquid engine equipped with the core stage will also be increased to two, all of which are YF100 liquid oxygen kerosene engines.

This mission is the third orbit (900km×89º) mission performed by the model after the typical SSO and LEO missions of the previous six missions, which further expands the mission adaptability of the Long March 6 launch vehicle. On the basis of the general technical status, in order to improve task adaptability, the dual-satellite parallel layout and simultaneous separation scheme was adopted, and several technical status changes were completed to further optimize and standardize the working process of the launch site, and the pre-launch process time was further compressed.

China used the Long March 6 carrier rocket at the Taiyuan Satellite Launch Center to successfully deploy the multimedia beta The experimental A/B satellite was sent to the reserved orbit, and the launch mission was a complete success. This mission is the 382nd flight of the Long March series of carrier rockets….