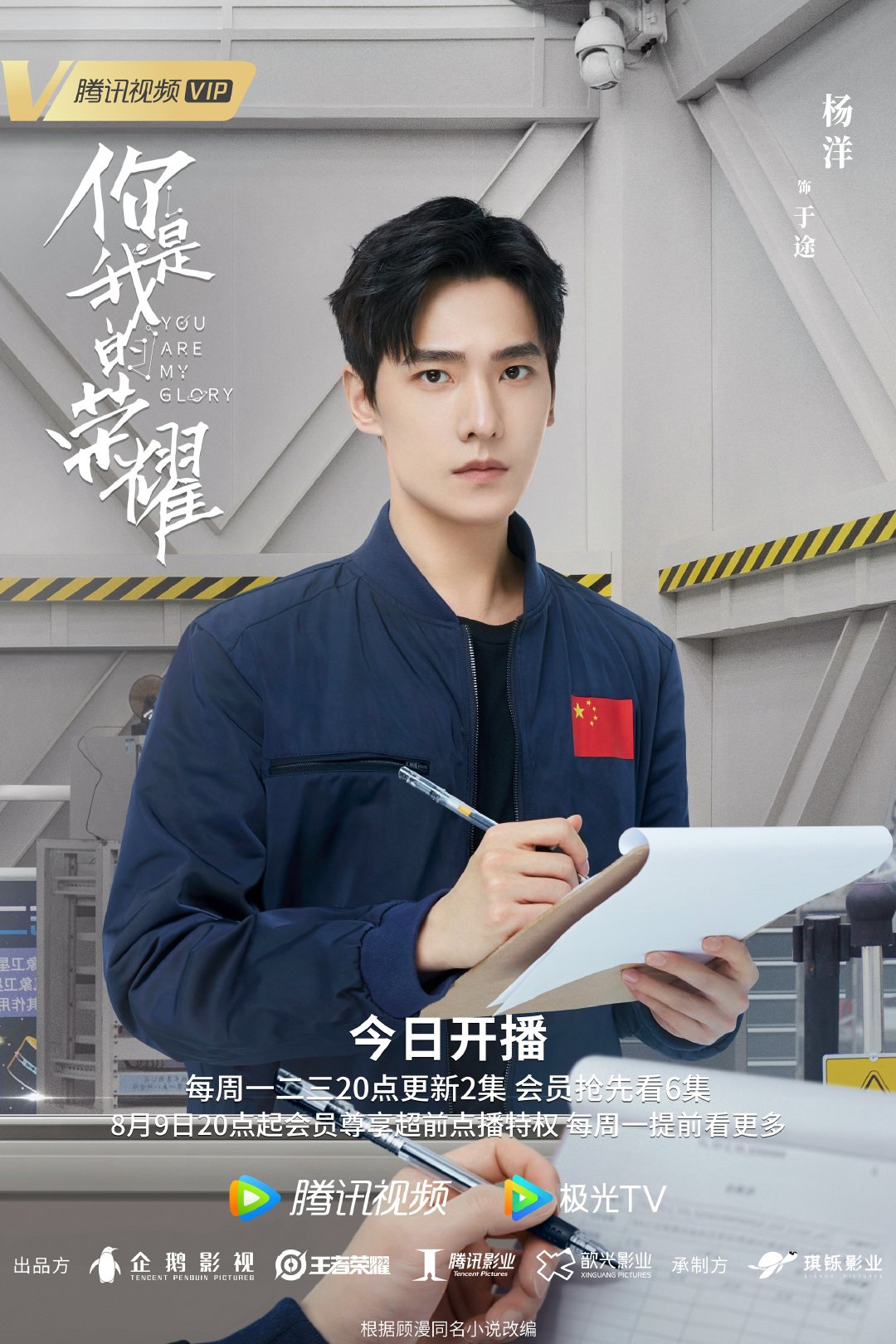 你是我的荣耀You Are my Glory currently screening online airing in between Jul 26, 2021 – Aug 16, 2021 with thirty two episodes on Tencent Video……Adapted from the web novel “You’re My Glory” (你是我的荣耀) by Gu Man (顾漫) written- Screen written by Gu Man, Directed by Wang Zhi featuring a premise of Comedy, Romance, youthful life in which the premising  A story that follows an aerospace engineer Yu Tu and the shining star Dilraba Dilmurat – Qiao JingJing. A decision to start gaming in order to save her endorsement deal brings her face to face with an old crush. As they grow closer, the two forge ahead to become each other’s glory. Being a well-known celebrity, Qiao JingJing has to keep up appearances to maintain her multi-faceted image. Alas, one starts to crack when someone leaks a video of her playing an online game and being terrible at it which is completely inconsistent with the image she has created for herself as the game’s ambassador. Thus, she joins a gaming competition to prove her skills and to prevent herself from losing her endorsements.

In one of the scenes featuring the actual interior of the CNSA China National Space Administration – Shanghai Academy of Spaceflight Technology featuring a series of Long March –Chang Zheng Rockets models displaying in the Academy in which also featuring the, weather satellites, navigation satellites, and communication satellites that appeared in the first episode of the first episode playing tributes towards Space science popularization is in the space log, paying tribute to every space worker in the industry.. !

Qiao JingJing decides to use all of her free time towards improving her game and her decision leads her to reconnect with her old high school classmate, Yu Tu, whom she once had a crush on. He was a legend at their school, outstanding in everything that he does, while Qiao JingJing was just your average girl. Yu Tu has gone on to become an aerospace engineer who is also an expert gamer. It seems that the online game has brought them together once more so she asks him to become her gaming coach.

Images and visuals are from Weibo and their respectives..