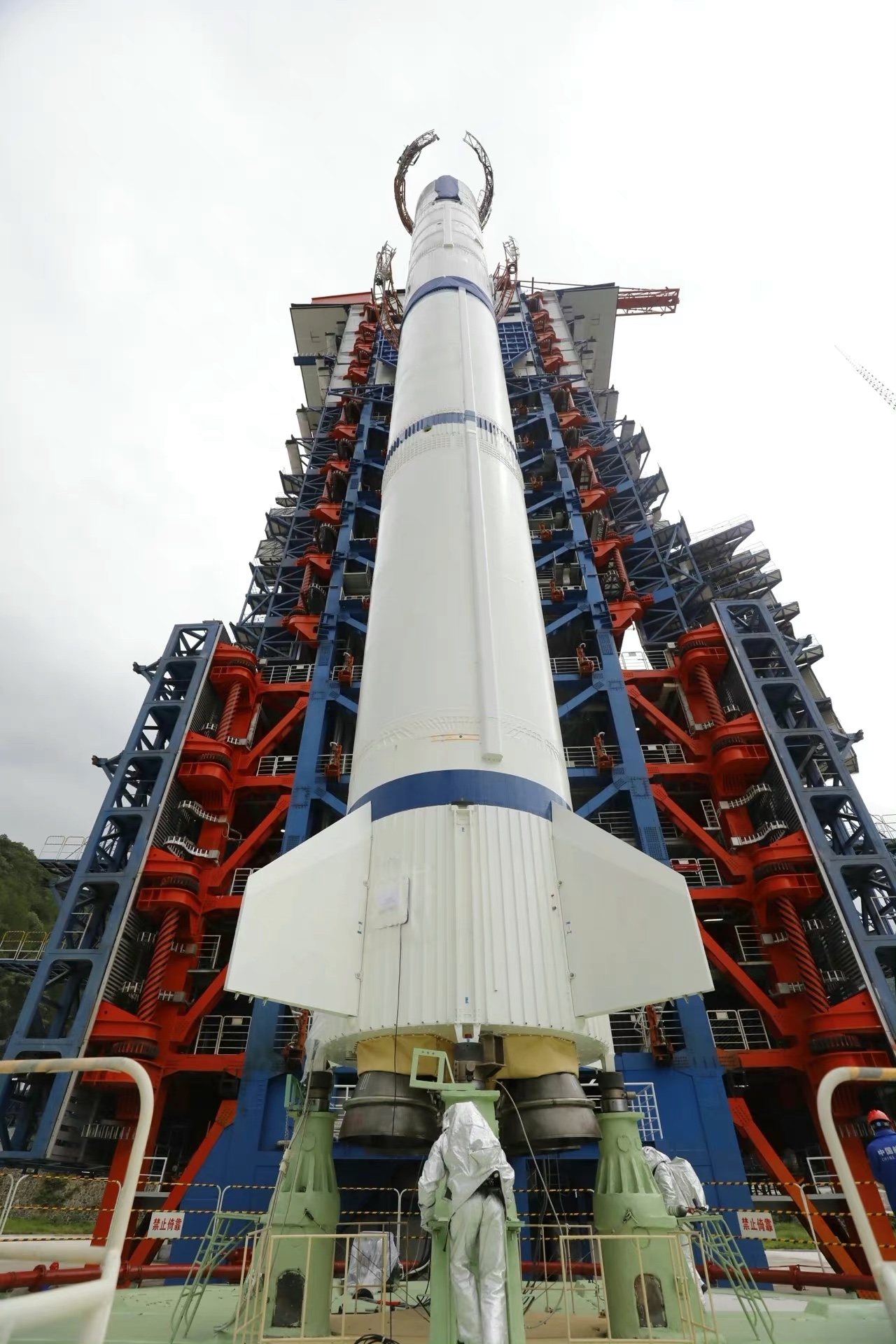 The Long March – Chang Zheng  2C Carrier Rocket  launch of the Remote Sensing No. 30 satellite successfully concluded] At 8:19 on July 19, the Long March 2C carrier rocket ignited at the Xichang Satellite Launch Center and successfully sent the 10 groups of remote sensing 30 satellites into the reservation. Track. This launch is the final battle of the remote sensing 30 series satellites, and the launch mission was a complete success. The 10 groups of remote sensing 30 satellites were developed by the Institute of Microsatellite Innovation of the Chinese Academy of Sciences, using the multi-satellite networking mode to carry out electromagnetic environment detection and related technical verification.

In which during the launch of the Long March –Chang Zheng 2C  a break through during the launch China Aerospace’s first landing of the fairing with parachute On July 19, in which  successfully This mission is also equipped with the “parachute-based fairing landing zone control technology”, which overcomes the structural disintegration problem of the fairing re-entry into the atmosphere, and realizes the parachute landing of my country’s carrier rocket fairing for the subsequent precise control of the fairing landing zone… in which Laid a solid foundation for reusable Carrier Rocket ecosystems  in which  China Academy of Launch Vehicle Technology is developing to actualisation..

The difference between this mission and the past is that this launch vehicle is equipped with a professional testing and launching team, which is mainly responsible for rocket testing and data interpretation at the rocket launch site. This transformation optimizes the personnel allocation, which further compresses the rocket launch cycle and is more adaptable to future high-density launches….

According to Zhao Xinguo, Director of the Aerospace Department of the China Academy of Launch Vehicle Technology (hereinafter referred to as “Rocket Academy”), with the development of China’s aerospace industry, the Long March series of launch vehicles have been in a high-density launch state in recent years. The Rocket Academy is expected to be completed in 2021. More than 30 launch missions. In the face of launch pressure, the Rocket Academy actively explored management model innovations and formed a professional rocket launch test team to operate the launch mission as a pilot. “Professional testing and launching teams can improve the efficiency of the rocket testing stage, and effectively promote the transformation of the Long March series of carrier rockets from scientific research to professional testing and launching . Chang Er C Rocket Deputy Commander Guo Wu said that based on the original personnel positions Last, the development team added some designer positions and completed the formation of a professional testing and launching team. Through the trial verification in this task, the designer position can be further reduced by 30%, and the launch site work cycle can be further reduced by 16%…..Zhao Xinguo Said that in the future, the Rocket Academy will continue to improve the professionalization of the launch vehicle test and launch work, combined with the achievements of the Chang-2C rocket launch mission, to grasp the Long March 3A series carrier rockets and the Long March 5 series carrier rockets developed by the Rocket Academy. The promotion and implementation of rocket models such as the Long March VII carrier rocket, so that the Long March series of carrier rocket testing and launching work will develop towards the goal of “high quality, high efficiency, and high benefit…..

Long March- Chang Zheng 2C Carrier Rocket  is expected to perform 8 launches this year…….This year, the Long March 2C carrier rocket is expected to perform 8 launch missions at 3 inland launch sites, setting a record for the number of annual launches of the model. In response to high-density launches, the Chang Zheng -2C model team continued to improve the efficiency of the launch site by doing so, and the launch area measurement cycle was shortened from 12 days to 9 days. Process optimization staff, plan the turnover of ground equipment in advance. The model team has always maintained a sense of innovation and constantly endows the rocket with new capabilities. The designer is continuing to promote the “parachute-based fairing debris landing zone control technology” to provide a reference for the design and improvement of the follow-up rocket system debris landing zone control plan…..