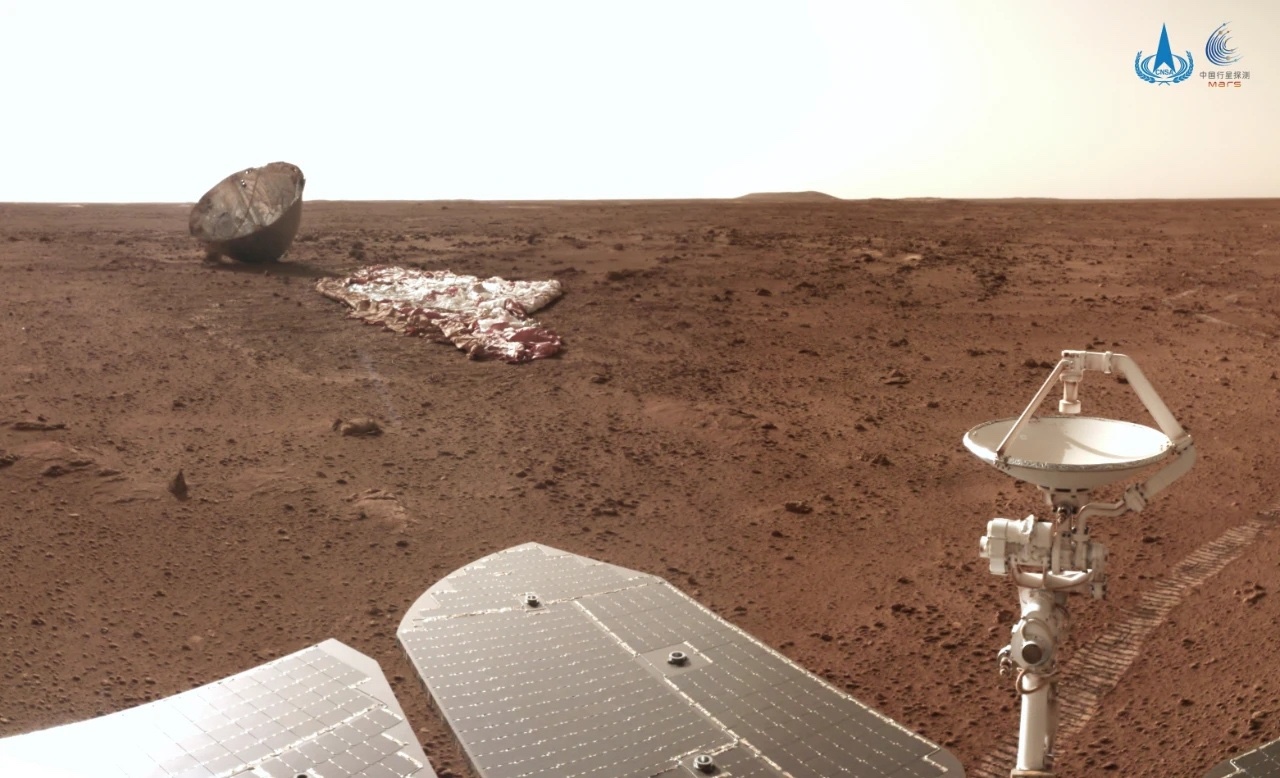 The “Zhurong” Mars rover was passing near the parachute and back cover assembly during its southbound patrol and exploration, and used the navigation terrain camera to image the assembly. The picture shows the full picture of the parachute and the complete back cover structure after aerodynamic ablation. The attitude control engine orifice on the back cover is clearly identifiable. The rover is about 30 meters away from the back cover and 350 meters away from the landing site during imaging. As of July 15, the rover has been working for 60 Mars days, traveling 450 meters in total, and the orbiter has been in orbit for 357 days. The working conditions are normal.

During the approach and departure, the front and rear obstacle avoidance cameras of the rover also captured the parachute and the back cover……shows the image of the parachute opened during the landing on May 15.

also another is an image of the landing zone taken by the orbiter on June 2. The relative positions of the landing platform, the rover, the parachute and the back cover, and the heat-proof outsole can be distinguished in the figure.

Form that day the Zhurong Mars Rover has travelled more than three hundred meters from its base station the Tianwen One mars Lander in exploring more with during the 54 Martian Days  …The latest scientific exploration progress-“Zhurong” takes you to see “Fire Rock”, “Fire Dust” and “Fire Sand”….