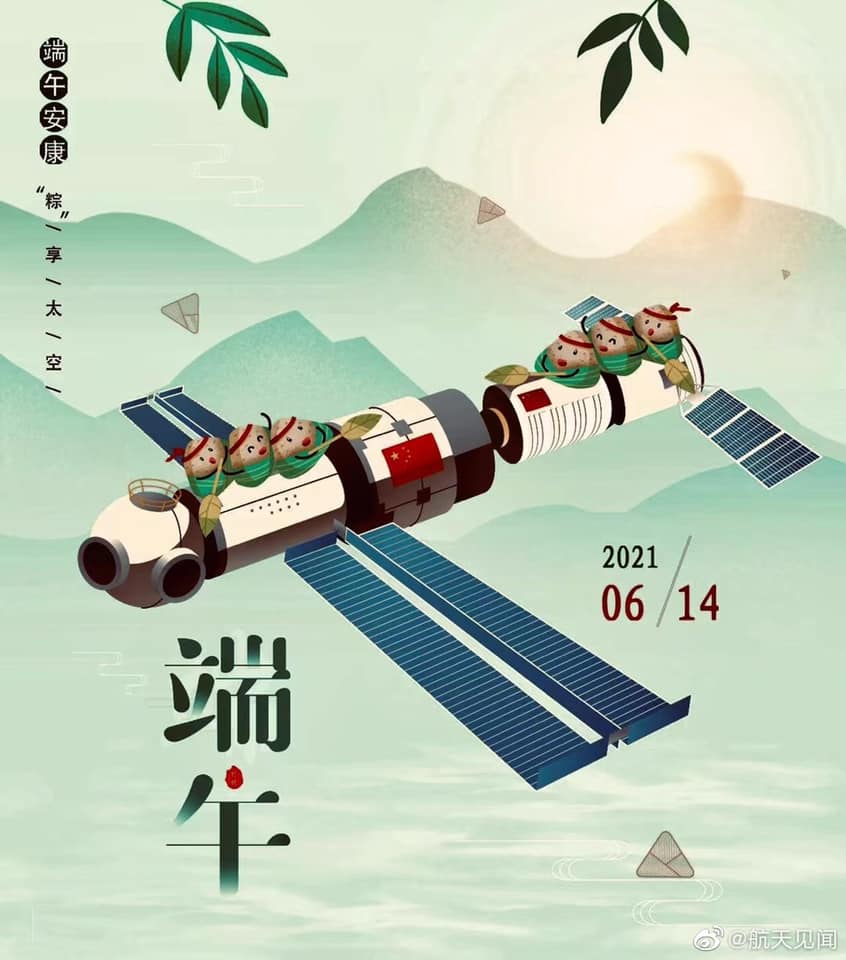 During this month of 14th June 2021 it’s the start of an International – National Chinese Asian Bank Holiday in which massively celebrated as families members gathered back home throughout the China – People’s Republic of China also on globally throughout the Tuen Ng- Dragon Boat Festival during the previously manned missions of CSNA –China National Space Administration orbiting around the planet earth previously during the month of June orbiting around Earth on China’s second space station Tiangong one Takionauts – Chinese Astronauts  sending celebrative  blessings from space in those years..  During the manned flights of Shenzhou 9 and Shenzhou 10, it was the Dragon Boat Festival. Astronauts not only sent back their Dragon Boat Festival blessings from space, they also exposed “space fragrant rice dumplings” in space. It is the eight-treasure rice of Shenzhou 9 or the bean paste rice dumplings of Shenzhou 10, their taste is sweet #From space’s Dragon Boat Festival  Today is the Dragon Boat Festival again, review the classics, and wish everyone a happy holiday…..

神舟十号 Shenzhou 10 was a crewed spaceflight of China’s Shenzhou program that was launched on 11 June 2013. It was China’s fifth crewed space mission….