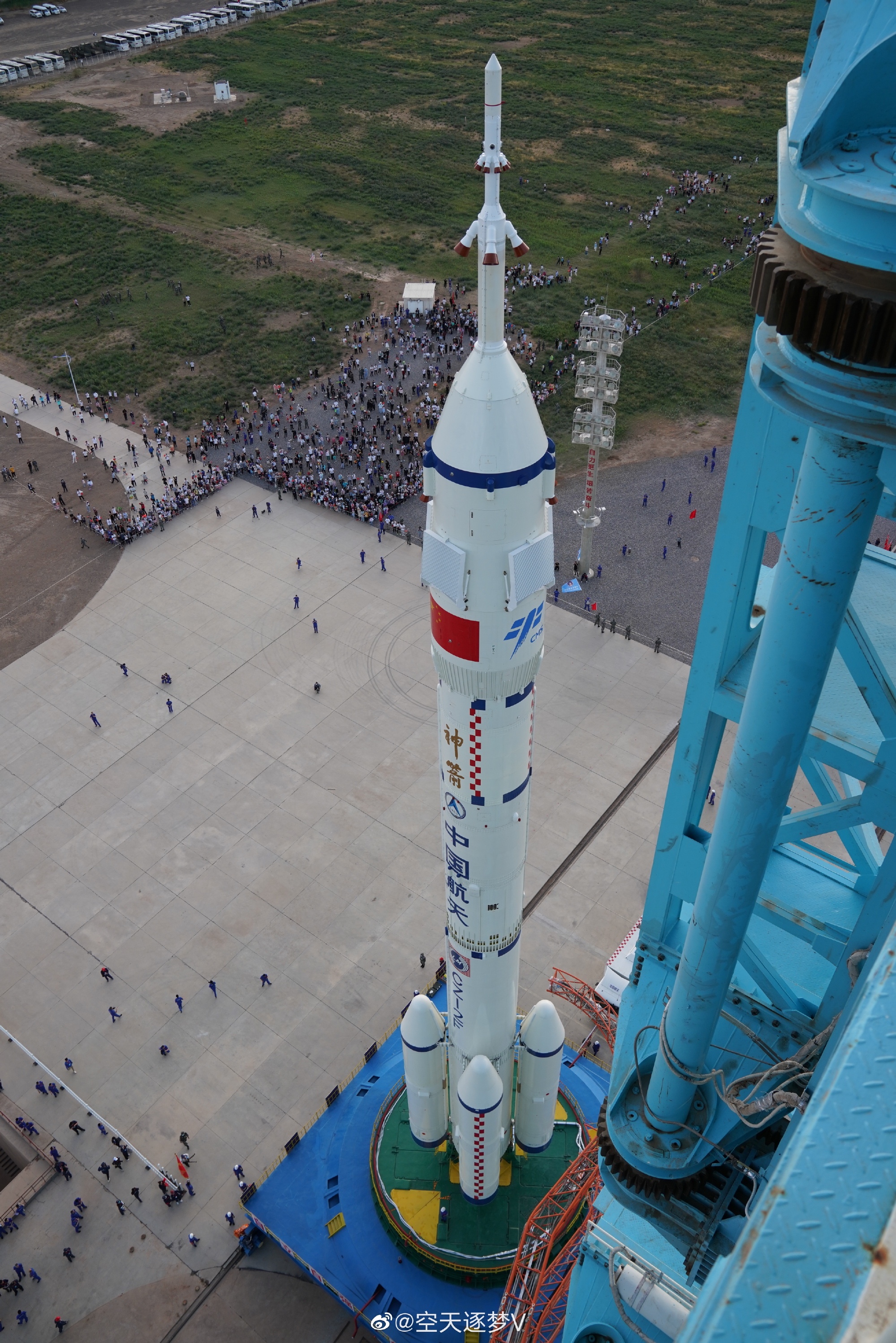 On 9th June 2021 Hong Kong SAR- Beijing Time-  CNSA –China National Space Administration  preparing to launching from one of its many launch Complexes from China used the Long March 2F – Chang Zheng 2F carrier rocket at the Jiuquan Satellite Launch Center – Inner Mongolia- China-People’s Republic of China…  in which Transfer of the Shenzhou 12 command module  and rocket assembly to the launch area According to the China Manned Space Engineering Office, on June 9, 2021, Beijing time, the Shenzhou 12 manned spacecraft was combined with the Long March 2 F Yao 12 carrier rocket The body has been transferred to the launch area launch complex station 921. At present, the facilities and equipment at the launch site are in good condition, and various functional inspections and joint tests before launch will be carried out as planned. ……

It’s been after nearly 5 years, that China -People’s Republic of China the Chinese once again entered space and stationed in their own space station, looking forward to the day of launch 加油 After the Shenzhou 12 manned spacecraft completes its launch, it will rendezvous and dock with the Tianhe core module of the Chinese space station, 3 Chinese astronauts will enter the Tianhe core module and begin a three-month stay in orbit.

Under normal circumstances, the ship will use the fully autonomous rapid rendezvous and docking scheme as the Tianzhou-2 cargo spacecraft to dock with the forward docking interface of the core module of Tianhe.

Shenzhou 12 carries three astronauts. According to the plan, they will stay at the Tiangong space station for three months. This time will be three times that of the Shenzhou 11 crew at the Tiangong-2 space laboratory…..

During the stay of Shenzhou 12 on the space station, a series of technical verification work will be implemented including astronauts walk out of space and verification of regenerative life support system.

This month, an in-line Tiangong space station configuration consisting of the Tianhe core cabin, the Tianzhou-2 cargo spacecraft, and the Shenzhou-12 manned spacecraft will be presented to the world. As the first hundred years are approaching anniversary of the CPC of modern China- People’s Republic of China, you can imagine what kind of blessings the three astronauts will send to our motherland in the vast space on July 1….