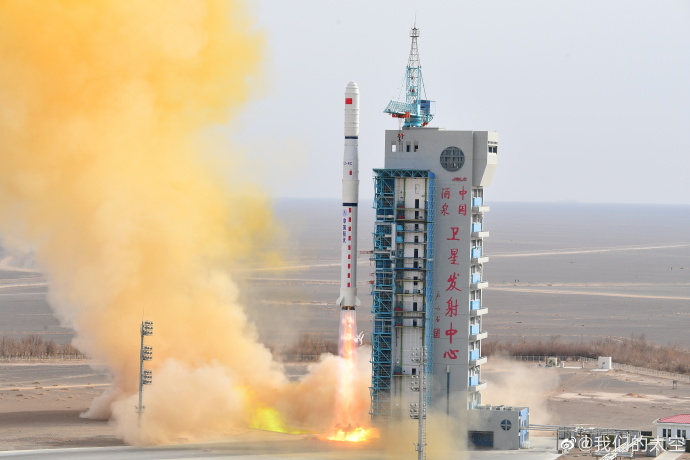 Launching from the Jiuquan Satellite Launch Center, is deploying a series of constellation satellites for remote sensing for Earth Sciences, in which are developed also manufactured by the SAST- Shanghai Academy of Space Flight Technology in collaboration with the CAST- China Academy of Space Technology …..

The provisionments of the 遥感式卫星; Yaogan satellites in which are design as remote sensing  earth sciences satellites in which have multiple installation equipment onboard, with scientific experiments, land surveying, agriculture , disaster monitoring ..  Also with electromagnetic environment detection… in which the Yaogan 31 satellites is place in at an attitude of in between 634-664 Kilometers above earth… at an inclination of ninety eight degrees…   Satellites are mainly used to carry out electromagnetic environment detection and related technical tests. This mission is the 363rd flight of the Long March series of carrier rockets…..