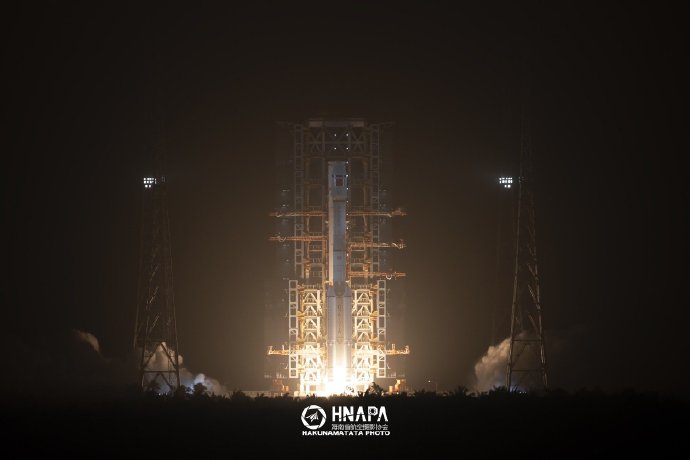 On a very 12th March 2021 morning time early in Hainan Province –China –People’s Republic of China….moderately cloudy in the district area of the Wenchang – Wenchang Spacecraft launch center in which the awesome team at one of many CNSA –China National Space Administration It was learned from the China National Space Administration that at 0151 hours Morning Hong Kong – Beijing time on China – People’s Republic of China  successfully completed the Long March 7A –Chang Zheng 7A Carrier Rocket launch vehicle at the Wenchang Space Launch Site.

The newly variant of the Long March – Chang Zheng 7A carrier rocket was improved by increasing advancements modernization from its primary……. the carrier rocket. Developed and used to launch geosynchronous orbit satellites with a carrying capacity of no less than 7 tons. The Test No. 9 satellite launched this time is mainly used for in-orbit verification tests of new technologies such as space environmental monitoring. This mission is the 362th flight of the Long March series of carrier rockets

The advance variant Long March –Chang Zheng -7A rocket is a three-stage rocket developed by the First Academy of China Aviation, which is mainly used to launch geosynchronous orbit satellites. …..At present, the geosynchronous transfer orbit capacity of my country’s main carrier rockets in service is 5.5 tons. The Chang-7A rocket has increased this capacity to 7 tons, effectively filling the gap in my country’s high-orbit carrying capacity. At the same time, it has the ability to launch high orbits such as zero-inclination orbit and moon orbit. It is the first bundled rocket with the booster and core first-level cluster separation…..

The Chang Zheng 7A Carrier rocket adopts the design concept of “generalization, serialization, and combination”, which is conducive to rocket mass production, laying the foundation for high-quality, high-efficiency, and high-efficiency development, and supporting the high-density launch of future rockets… marked the addition of a new member to the new generation of medium-sized carrier rocket….