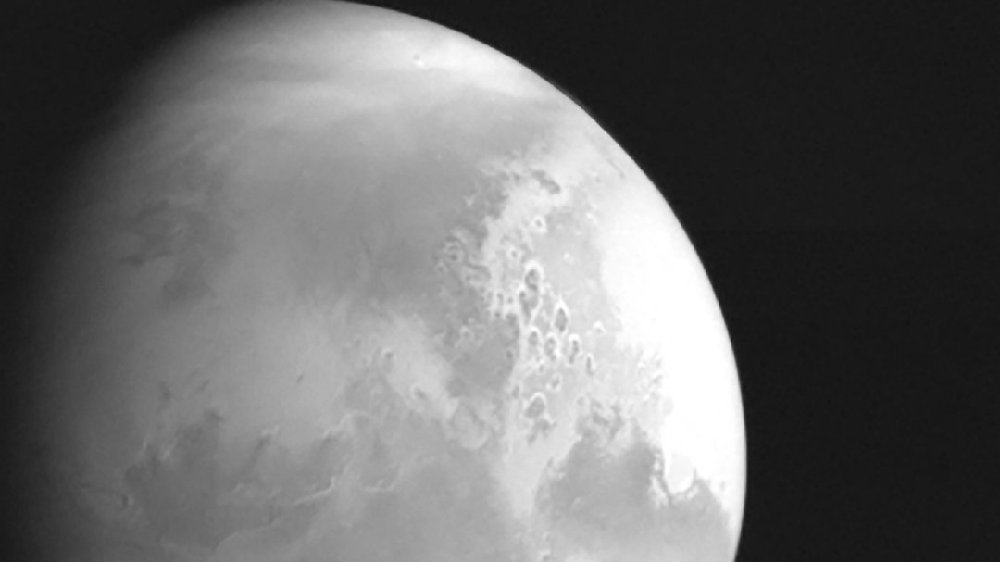 天问一号飞運騎遊達达3亿 …….As of the evening 5th February 2021, CNSA – China National Space Administration– ESA – European Space agency Belt and road initiative mars mission…first Mars exploration mission, Tianwen- Martian Probe One …… The Tianwen-1’s flight mileage exceeded 465 kilometers…..in which its expected landing for the Tianwen-1 to land on Utopia Planitia just before the Chinese Lunar New Years for the Year of the OX on  12th February 2021 landing on 10th February 2021….. In which it photography of first image of the rustic planet of Mars in which is roughly half the diameter of planet Earth…

The Tianwen-1 mission is the first step in China- People’s Republic of China independent interplanetary exploration. It will “circle, land, and patrol” Mars through a single launch, that is, Mars orbit, Mars landing, and fire patrol. The Tianwen-1 probe has a total weight of about 5 tons and is composed of an orbiter and a landing patrol device. The landing patrol device mainly includes an entry module and a Mars rover. At present, the orbiter has completed the third on-orbit self-check, and all systems are working normally…..