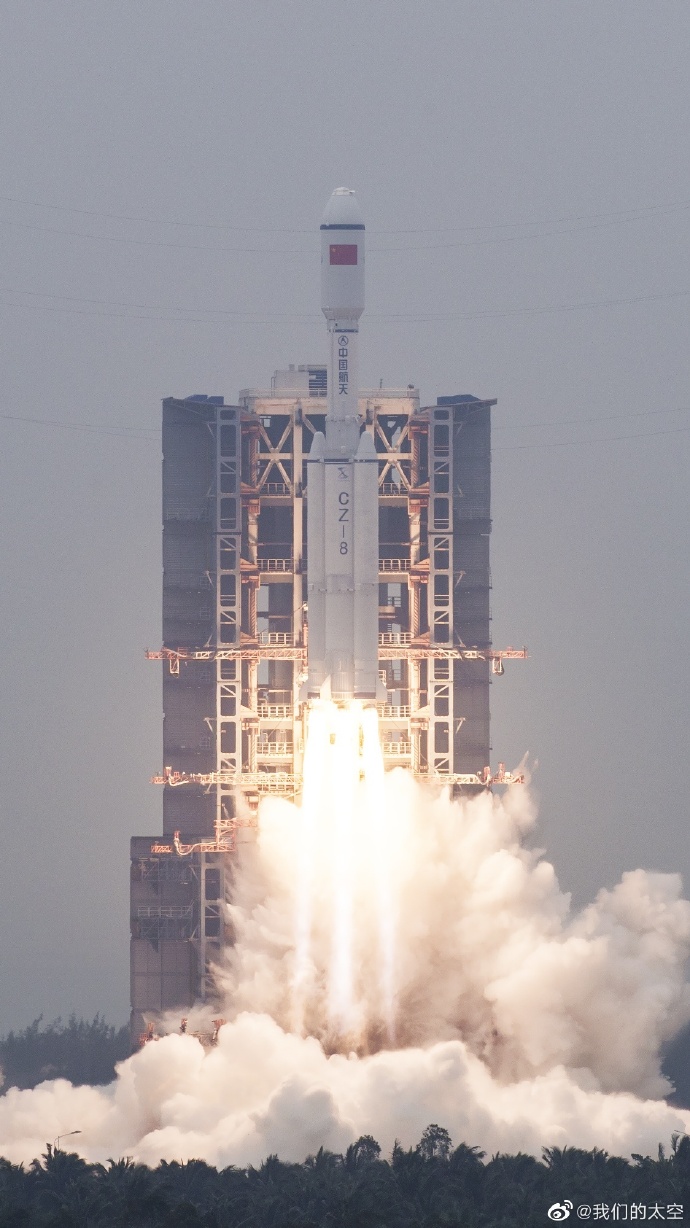 On a very 22nd December 2020 day in Hainan Province –China –People’s Republic of China….showering in the district area of the Wenchang – Wenchang Spacecraft launch center in which the awesome team at one of many CNSA –China National Space Administration It was learned from the China National Space Administration that at 12:37 Hong Kong – Beijing time on December 22nd Tuesday 2020, China’s self-developed new medium-sized carrier rocket, the Long March 8, first flight test, took place in Wenchang, China The space launch site was implemented smoothly, the rocket flew normally, and the test was a complete success.

The five experimental satellites carried by the Long March 8 carrier rocket for the first flight have accurately entered the predetermined orbit. The relevant satellite payload will verify the microwave imaging and other technologies in orbit, and carry out space science, remote sensing, and communication technology experiments and applications.

The Long March 8 launch vehicle project was approved by the National Space Administration in 2017 and organized and implemented. The China Academy of Launch Vehicle Technology affiliated to China Aerospace Science and Technology Corporation is responsible for the development of the launch vehicle system. The China Satellite Launch and Control System Department is responsible for the flight test organization Implement. This mission is the 356th launch of the Long March series of carrier rockets.

The payloads that was deployed successfully.. Successfully sending five satellites into the scheduled orbit, and the first flight mission was a complete success.
The Long March 8 adopts a core-level bundled configuration with 2 boosters, with a total length of about 50.3 meters, a take-off mass of about 356 tons, a take-off thrust of about 480 tons, a 700-kilometer sun-synchronous orbit with a carrying capacity of not less than 4.5 tons, and can take into account near ground. Orbit and geosynchronous transfer orbit launch requirements.
The first sub-level of Long March 8 has a diameter of 3.35 meters, which is basically the same as the first level of Long March 7 core. The second grade is 3 meters in diameter, which is basically the same as the third grade. The diameter of the booster is 2.25 meters and the diameter of the fairing is 4.2 meters.
The first sub-level is equipped with two 120-ton YF-100 liquid oxygen kerosene engines, the second sub-level is equipped with two 8-ton YF-75 hydrogen-oxygen engines, and each booster is equipped with a 120-ton YF-100 liquid oxygen kerosene engine…….

Previously on a very showering wet 16th December 2020 day in Hainan Province –China –People’s Republic of China….showering in the district area of the Wenchang – Wenchang Spacecraft launch center in which the awesome team at one of many CNSA –China National Space Administration fully assembled with the brilliant team work assembling the fifty meters Long March 8-Chang Zheng8 Carrier Rocket launch vehicle developed by the First Academy of Aerospace Science and Technology Group completed the technical area related work at the Wenchang Space Launch Site in China and was vertically transferred to the launch area. It is scheduled to be selected at the end of December. Perform flight test missions. Later, the rocket will be filled with propellant and launch as planned

The Long March 8 Chang Zheng 8 Carrier rocket carrier rocket was transferred from the vertical assembly test plant to station 201 this morning. It is planned to launch the new technology verification satellite 7 at noon on December 20th 2020 Sunday…….Long March 8-Chang Zheng 8 Carrier Rocket  total length of 50.34 meters, a take-off weight of about 356 tons, a take-off thrust of about 480 tonnes. The 700km sun-synchronous orbit has a carrying capacity of 5.0t…… in which it has the payload rating for SSO Sun Synchronous Orbit… Also GTO – geosynchronous transfer orbit…..