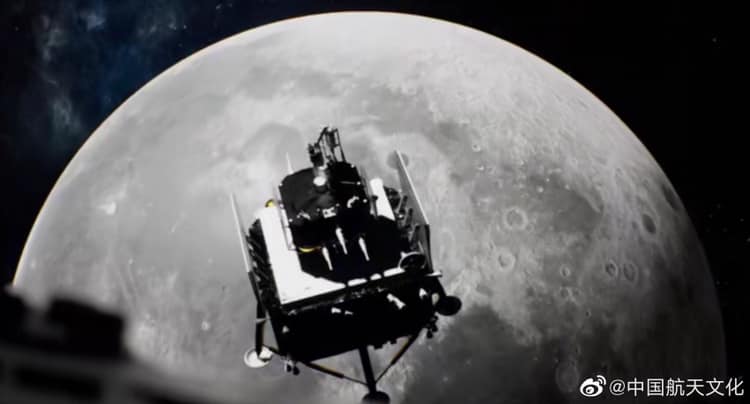 [Successful separation of the Chang’e-5 probe assembly] The separation is for better gathering. However, when we meet again, the lander will stay on the surface of the moon, looking at home on the earth. Perhaps, with the development of science and technology, one day in the future, someone will go to the moon to see it, and even bring it back to its home on the earth…..   The orbiter and returner assembly will continue to fly in an orbit around the moon with an average altitude of about 200 kilometers and wait for the ascender to rendezvous and dock. The lander and ascender assembly will choose the opportunity to perform a soft landing on the lunar surface, and perform subsequent work such as automatic sampling…

The scientific goals of the Chang’e-5 mission are mainly to carry out the landform area detection and geological background survey, obtain the on-site analysis data related to the lunar samples, establish the connection between the on-site exploration data and the laboratory analysis data; carry out the system of the lunar samples , Long-term laboratory research to analyze the structure, physical properties, and material composition of the lunar soil, and deepen the research on the origin and evolution of the moon.