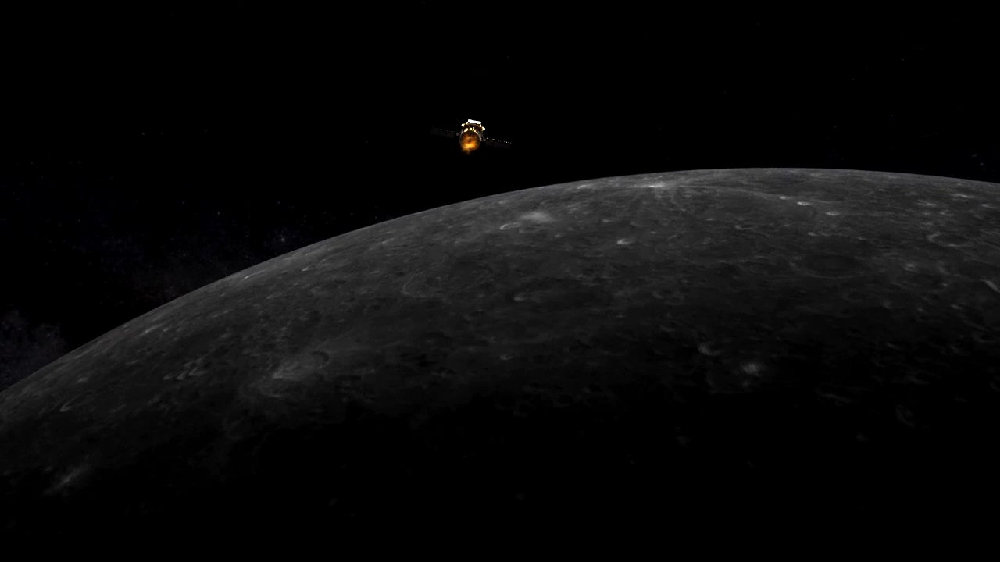 On at 20:58 on November 28th 2020 Saturday, Hong Kong- Beijing time The Chang’e-5 probe successfully implemented the “brake” braking and successfully entered the orbit around the moon….. According to the CNSA China National Space Administration– CLEP- China Lunar Exploration Program , at 20:58 on November 28, Beijing time, the Chang’e-5 probe flew to the moon after about 112 hours. The 3,000-N engine ignition was successfully implemented at a distance of about 400 kilometers from the lunar surface. About 17 minutes later, the engine shut down normally. According to the monitoring and judgment of real-time telemetry data, the Chang’e-5 probe braked normally in recent months and entered the orbit around the moon smoothly. Near-moon braking is one of the key orbital controls during the flight of the lunar probe. When the high-speed probe approaches the moon, it will apply “brake” braking, in order to make its relative speed lower than the moon’s escape speed, so that it will be captured by the moon’s gravity. The Chang’e-5 probe underwent two orbit corrections during the Earth-Moon transfer process and achieved the expected goal. In the future, the Chang’e-5 probe will adjust the height and inclination of the orbit around the moon, the lander and ascender assembly will be separated from the orbiter and returner assembly, implement the lunar frontal soft landing, and carry out the lunar surface automatic sampling as planned. .

Previously……Onto 22 hours and six minutes into on November 24th 2020, the 3000N engine of the Chang’e-5 probe worked for more than 2 seconds, successfully completed the first orbit correction, and continued to fly to the moon. As of the first orbit correction, the systems of the Chang’e-5 probe were in good condition and had been in orbit for about 17 hours, about 160,000 kilometers away from the earth.