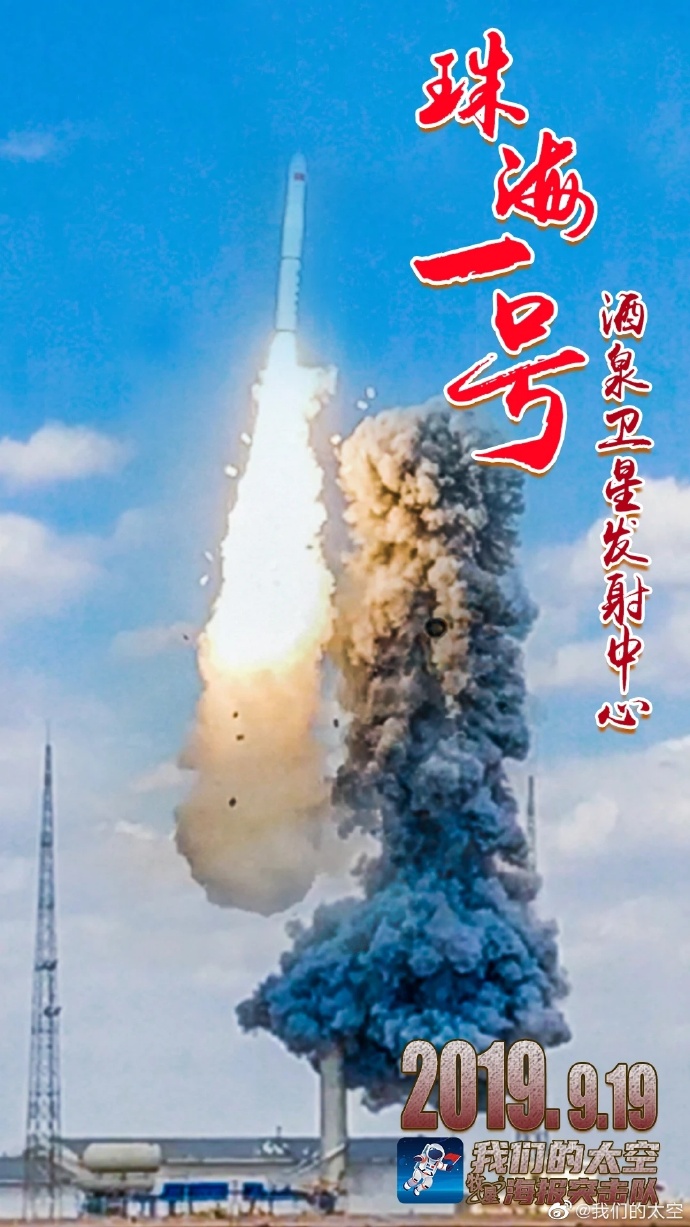 On a recollection of a previous successful launch on 14:42 Beijing time on September 19th, 2019, CNSA –China National Space Administration launching from one of its many launch Complexes from China used the Long March 11 – Chang Zheng 11 carrier rocket at the Jiuquan Satellite Launch Center – Inner Mongolia- China-People’s Republic of China.. the Launch was successfully  in which deployed five 03 satellites of “Zhuhai No. 1 series” were launched into space, the satellites entered the scheduled orbit smoothly, and the mission was a complete success. The 03 groups of 5 satellites launched this time include 1 video satellite and 4 hyperspectral satellites. The multi-orbit network operation of multiple hyperspectral satellites will greatly improve the data collection and acquisition capabilities of my country’s hyperspectral satellites. This mission is the 311th space flight of the Long March series of carrier rockets….

Zhuhai-1 Satellites, are powered up by deployable Solar Arrays, in which are least fifty kilograms each a ultra-high Resolution spectra  definition sensing optical installations, in which will provide  high velocities data intelligence providing  agriculture, land and water resources, environmental protection and transport in mapping out terrain on multiple levels .. In which have the resolution of ten meters in a one hundred and fifty Kilometres wide ….