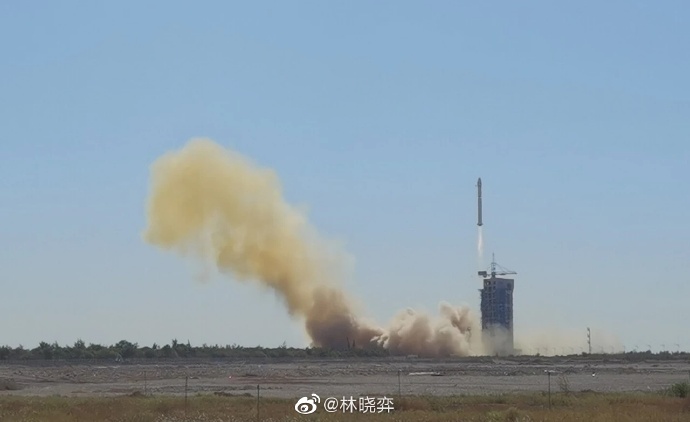 The satellite will be mainly used for land surveying, city planning, road network design, crop yield estimation and disaster prevention and mitigation, as well as providing information for the construction of the Belt and Road………the launch is complete success. The mission also carried and launched a multi-functional test satellite, Tiantuo-5 satellite. Gaofen-9 05 is an optical remote sensing satellite with a ground pixel resolution of up to sub-meter level. It is mainly used in territorial surveys, urban planning, land right confirmation, road network design, crop yield estimation, disaster prevention and mitigation, etc. , Which can provide information guarantee for the construction of the “Belt and Road”. The multi-functional test satellite launched on board will be developed by the Academy of Military Sciences and will test and verify new technologies such as communications, navigation, and remote sensing in orbit; the Tiantuo-5 satellite will be developed by the National University of Defense Technology and will be used for ships, aircraft, and buoys in orbit. And the Internet of Things and other new information collection technologies are tested and verified. This mission is the 343rd flight of the Long March series of carrier rockets.

The Gaofen12 manufacturer is CAST – China Academy of Space Technology also in collaboration with its associate agency with CHEOS- China High Resolution Earth Observation System in which is design Built on a CAST 2000 Design Heritage Earth Sciences, in which is design for Translating Gaofen is High Resolution, also known as CHEOS- China High Resolution Earth Observation System, in which provisions in the real time observational data analysis of with high resolution multi spectra equipment imaging system in analysis for assessing environmental disaster warning, emergency response also for the protection for ecological, also providing support for infrastructure construction, transportation for various purpose of the Belt And Road initiative  … one of many specifications of the Gaofen 10 Earth Sciences satellite is The high-resolution satellite is a large-scale remote sensing satellite system for the national science and technology major special arrangement of the microwave remote sensing satellite, the ground pixel resolution is up to sub-meter …

Image and visuals are from Weibo..