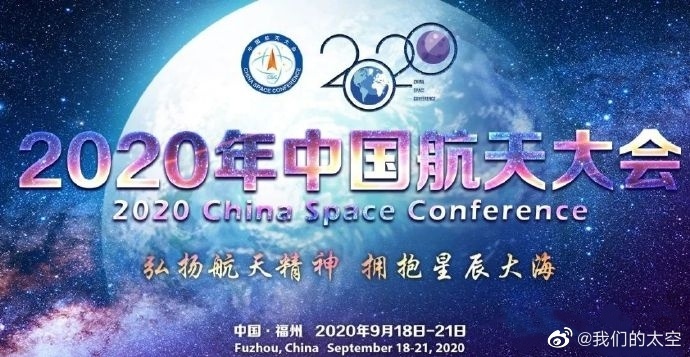 The 2020 China Space Conference will be held in Fujian Province- China – People’s Republic of China  in September  The 2020 China Space Conference, jointly sponsored by the Chinese Astronautical Society and the China Space Foundation, will be held in Fuzhou, Fujian on September 18-21. The opening ceremony of the conference and the main forum will open on the 19th “National Science Day 2020”. The forum will jointly discuss the strategic layout of China’s aerospace development in the post-epidemic era, breakthroughs in key core technologies, the development of the “Maritime Silk Road” space information industry, and global aerospace and open cooperation. The top ten scientific issues in the aerospace field in 2020 will also be released for the first time. Held a collective signing ceremony for a major aerospace project in cooperation with the military industry central enterprise and Fujian Province’s industries ….

Zhongtai Securities believes that with the successful launch of “Tianwen-1”, the aerospace boom will continue. Based on the urgent needs of national defense modernization, military expenditure growth will remain stable in 2020, and the installation of a new generation of main battle equipment is expected to accelerate. Although the current downward pressure on the economy is relatively large, the demand in the military industry is relatively independent, and the investment value is expected to be prominent, focusing on the market prospects of the aerospace and satellite sectors.

Aerospace Science and Technology The inertial navigation products developed by the company have been successfully applied to the country’s first dynamically-tuned gyro platform inertial navigation system, and have the BeiDou navigation civilian terminal-level service qualification granted by the China Satellite Navigation and Positioning Application Management Center…..

Images and visuals are from weibo