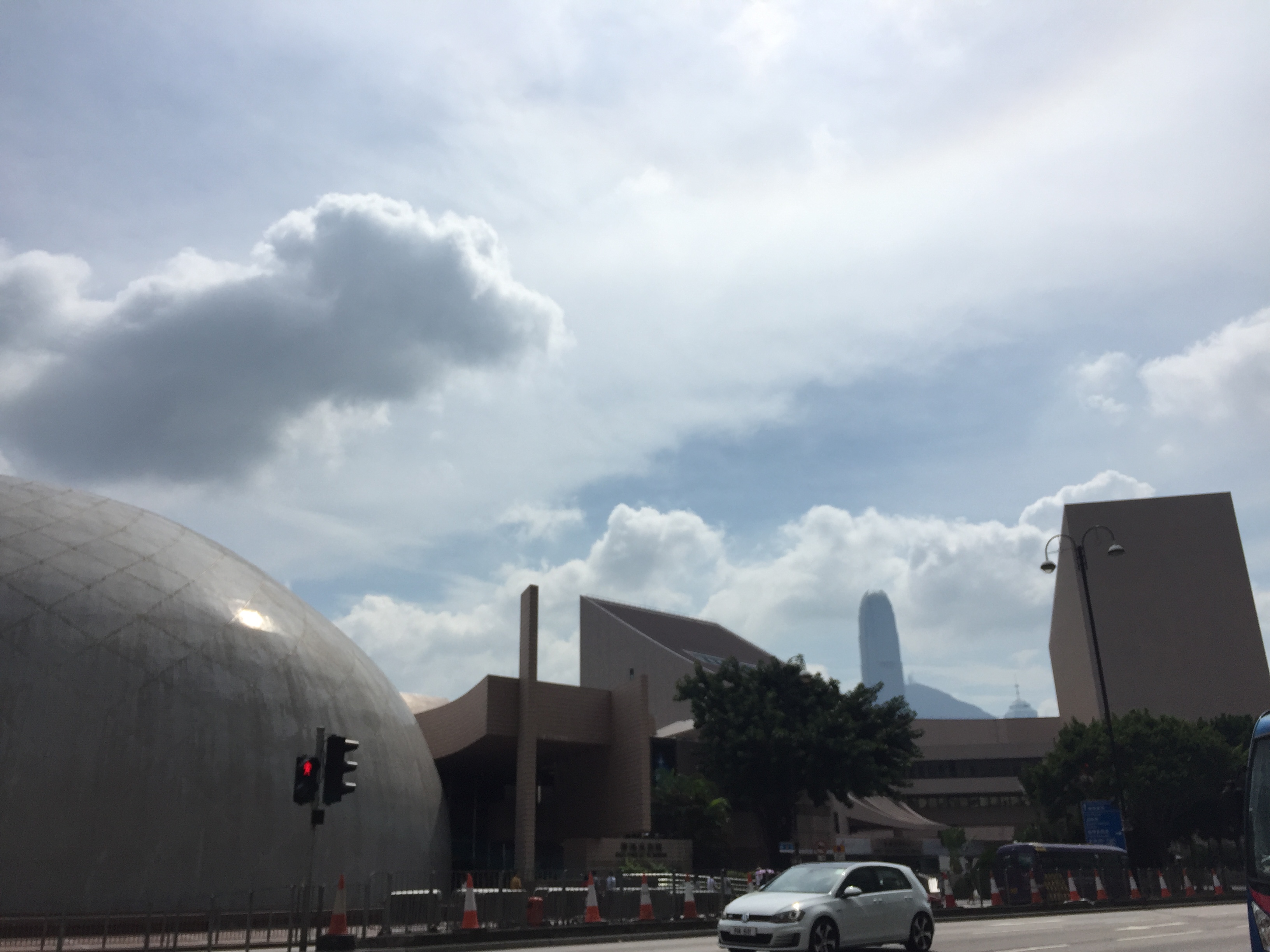 Located in the Heart of Hong Kong central of Victoria Harbour in which locate looking at the iconic Megatroplis HongKong Island city landscape from the opposite is the Hong Kong Space Museum  香港太空館 in which located at 10 Salisbury Road, Tsim Sha Tsui, Kowloon, Hong Kong SAR, China –People’s Republic of China..  in which is one of the most international iconic buildings architecturally due to its hemispheric round dome in which is iconic known as one of Hong Kong’s local most cherish bread pastries the Pineapple Bun – Bolo Bao due to the pineapple ceramic texturing tiles of the dome structure that resembles the delicious texturing of the Pineapple Bun .. In which on In June 2014, the Hong Kong Government listed the pineapple bun as a part of Hong Kong’s intangible cultural heritage. … Despite the name, it does not traditionally contain pineapple; rather, the name refers to the look of the characteristic topping (which resembles the texture of a pineapple)……

The Hong Kong Space Museum  香港太空館 is a museum in  which is dedicated as museum for Astronomy and Space Sciences in which educating with  facilities of the museum are located in a building next to the planetarium, showcasing information about the Solar System, cosmology, and spaceflight……  holdings various types of astronomical exhibitions and lectures. It is also open to schools, groups and the public… in which it is opened on 1980 and managed by the Leisure and Cultural Services Department of the Hong Kong SAR Government…. In which the construction only took three years to build starting of that construction is 1977… Opening on 8th October 1980..

The Pineapple bun or the hemispheric dome is where the main planetarium is located in which today it has an advance digital planetarium system in placement where it’s now currently 2020 is undergoing a USD thirty million massive renovations interior and technologically planetarium wise as part of the stage two process in which the previous couple years it undergo a massive expansion of the main exhibition from one hundred to two hundred exhibits.. Hong Kong Space Museum has two thematic exhibition halls: the Hall of Space Science and the Hall of Astronomy on the ground and first floors respectively. The exhibits, predominantly interactive, enable visitors to learn through a series of entertaining and educational experiences…. Facilities wise the museum has two wings: east wing and west wing. The former consists of the nucleus of the museum’s planetarium, which has an egg-shaped dome structure. Beneath it are the Stanley Ho Space Theatre, the Hall of Space Science, workshops and offices. The west wing houses the Hall of Astronomy, the Lecture Hall, a gift shop and offices.

In which the Hong Kong Space Museum takes part in international grandstanding events also local events of many in which yearly annually partaking Hong Kong SAR Government educationally with partnerships on the selection for the Young Spaceman Experience Camp sponsored  a group of Hong Kong selected thirty junior high school students in becoming aspiring-inspiring   Taikonauts-Chinese Astronauts in which they got to experience of what life of an Taikonauts life is   Astronauts in an educational trip during the 2017 year.. in which during that year which INNOTECH 2017 in the Hong Kong Convention and Exhibition Center, one of the most featured articles is the CNSA-Chinese National Space Admistraton and their important  work they do in which featured the guest speaker Wang Yaping: China’s second female astronaut whom made living history as part of the crew of the Shenzhou nine crew..  In which the Chinese Central government offer Hong Kong Students in the region to take part in the soon to be first upcoming civilian Taikonaut program….. Within the decade..