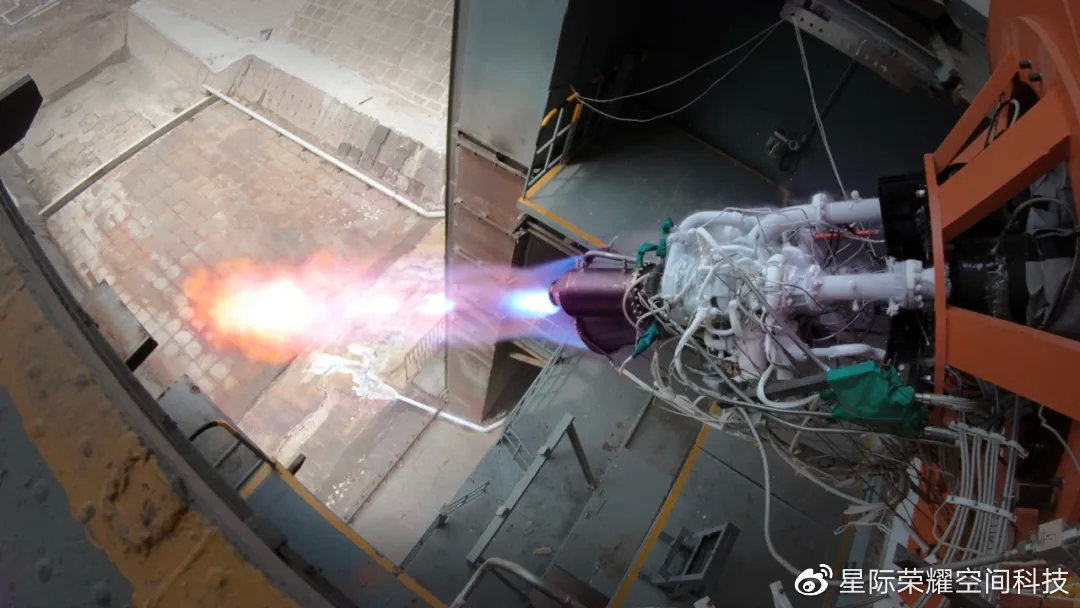 In which iSpace in which it is the first Chinese Private Space Company to do so successfully commercially first out from sixty known private space companies in China..  founded in Beijing 2016 located in Beijing Economic and Technological Development Zone or known for short as E-Town… launching the SQX-1 Y1 from one of many CNSA-China National Space Administration launching complexes, launching from Jiuquan Satellite Launch complex, in which is situated in North East China…. Located at the Gobi Desert Inner Mongolia ……

The engine’s ability to continuously change thrust is a necessary condition to realize the vertical recovery technology of the launch vehicle, and it is also one of the core technologies. The variable thrust rocket engine can achieve the best thrust control on the one hand, thereby achieving precise control of the rocket recovery and return process; on the other hand, it can also accurately control the overload during the flight of the carrier rocket, ensure flight safety, and provide a good mechanical environment for the satellite condition.

JD-1 is a 15-ton reusable liquid oxygen methane engine independently developed by Interstellar. The engine adopts a multi-purpose design idea, derived from a basic type of fixed thrust to form a variable thrust type and a vacuum type total of three types of engines. The components can be shared, which is conducive to reducing the development cycle and funding. It is understood that both the engine 15 ton thrust by way of the multi-parallel as a basis a rocket powered, may be a rocket engine as a single vertical or upper stage power recovered power, a balance type two requirements . Prior to this, JD-1 has completed several long-range system-wide test runs and two start-up test runs in succession, with a cumulative test run time exceeding 2200 seconds. In the follow-up, JD-1 will continue to carry out ground tests such as swing test run, engine vibration mode test, various engine boundary tests, engine life and reliability test run test and so on.

In the future, the JD-1 series configuration engine will be used on the reusable launch vehicle “Hyperbola II” independently developed by Interplanetary Glory, with 9 units installed in the first stage and 1 unit installed in the second stage . The company plans to break through the 100-kilometer vertical take-off and landing test of the hyperbolic No. 2 subclass one and fully master the reusable launch vehicle technology, and will perform the first flight of the hyperbolic No. 2 launch vehicle in 2021 . At that time, the company will master the reusable technology of the liquid propellant launch vehicle, and realize another leap-forward improvement of my country’s commercial aerospace capabilities in space.

Images and visuals are from Weibo ISpace ..