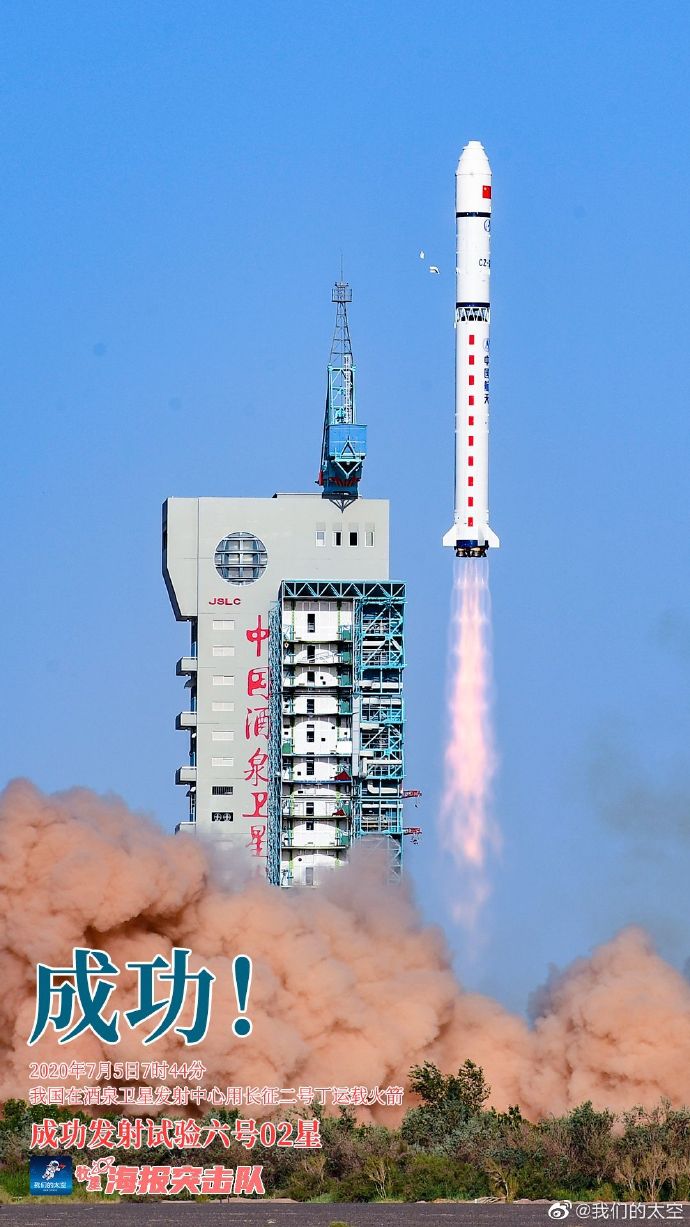 The Long March 2D –Chang Zheng 2D Carrier Rocket series is manufactured by SAST-Shanghai Academy of Spaceflight Technology in which it comes under the CAST- China Science and Technology Corporation…..

Launched from the Jiuquan Satellite Launch Center – located in the Dongfeng Aerospace City, Gobi Desert Inner Mongolia, China- People’s Republic of China… launching from the forty one meter carrier rocket is the Shiyan Six Satellite in which its provisionments are for the studies of the space environment exploration and related technical experiments…  in which this marks the forty ninth mission for the Long March 2D-Chang Zheng Carrier Rocket also the 338th of the Long March Carrier Rocket series..

Image and visuals are from Weibo