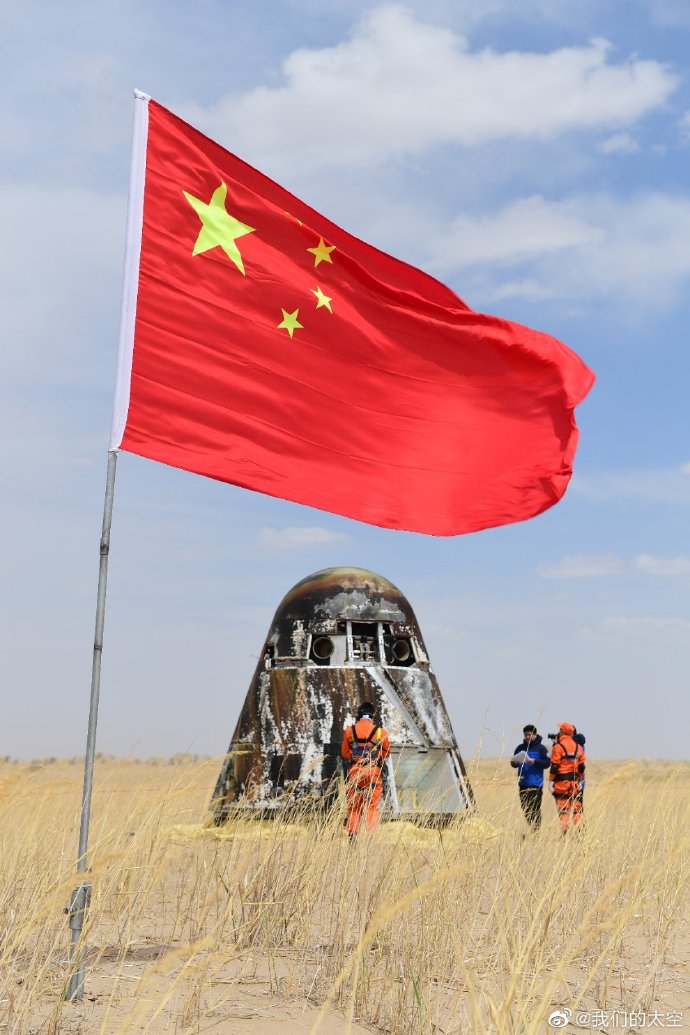 During the launch of the CNSA –China National Space Administration Iconic Long  March 5B -ChangZheng 5B Heavy Medium Carrier Rocket that Launched on 5th May 2020 at Wenchang Spacecraft Launch Center – Hainan Province -China -People’s Republic of China… in which during that time it was to test flight a new testing Command Module in which that  replacing the Shenzhou Command Module in which inspired the name for the Walker Class in Star Trek Discovery in which was featured in the Battle of the Binary Stars the Precursor of the Klingon war.. …. perform its first flight mission at the Wenchang space launch site in China at 18:00 Hong Kong -Beijing Time…

During deployment of the new Command Module, the Next Generation of the Module in which it returned safety with all the expectations landing at Jiuquan Satellite Launch Center this afternoon, and then the return module will be transported to Beijing to carry out subsequent relevant verification work to see if any other modifications that’s need to be ready for a manned flight towards the CNSA –CSS- China Space Station ….

During its time in orbit.. China has conducted its first 3D printing experiment in space aboard a spacecraft prototype that was recently launched by the new Long March 5B rocket. The printer uses advanced technologies in material modelling, precision control and automation, which once tested and operational can extensively benefit space programs. It will enable astronauts to manufacture a range of items they currently need to get through resupply flights by cargo spacecraft…… in which recovery well and transported with a hero’s welcome back toward Beijing CAST China Academy Of Space Technology  of furthering studying of the Next Generation Command Module in which it was verified in good excellent standing order….  The latest development of my CNSA’s new-generation manned spacecraft test ship “black box” takes out a lot of data to verify the technical results… Also The latest development of new-generation manned spacecraft test vessel has returned to the cabin for the first time.

The interior of the New Next Generation Command Module described on the left side of the sealed cabin is the living area of ​​the future astronauts, including foldable dining table and independent toilet. The entire working area of ​​the future astronauts is not including the right shelf and package area. The right side of the sealed cabin on the right side is a shelf and cargo bag designed to verify the cargo capacity of the spaceship. This time, it carried nearly a thousand kinds of test items, which are the previous types.. Through the inspection after the cabin is opened, the surface state and fixed state of the interior of the return cabin are good, and the goal of designing the return cabin partition is achieved. There are 13 cubic meters in the new generation manned spacecraft in my country, which can take a crew of six to seven Takionauts … in which it should be interesting to see the next version of the Next Generation of the lesson learnt from the first one after it has been lesson learnt modified…..

Images and Visuals are from Weibo