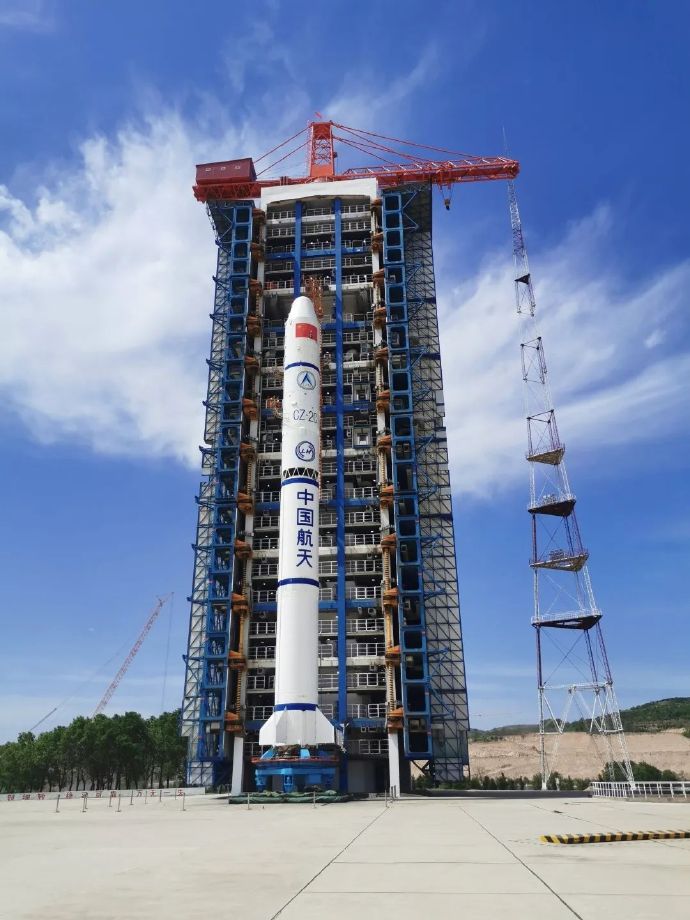 On this day.. 11th June.. 图说宇宙史上的今日…… Shenzhou No. 10 spaceship, one of the Chinese Shenzhou series spacecraft, and the fifth manned spacecraft in China, was launched from the Jiuquan Satellite Launch Center at 17:38 on June 11, 2013. It is the last docking mission between Shenzhou spaceship and Tiangong-1. The Shenzhou ten missions has achieved the success of China’s manned spaceflight mission, and it has successfully concluded the second step of the first phase of the project…… Also On this day on too is also the launch of the international Iconic CNSA –China National Space Administration international Iconic Long March 2C –Chang Zheng 2C Carrier Rocket…  launching from the Taiyuan Satellite Launch Center, Shanxi Province, China –People’s Republic of China….. In which at 0213 hours Beijing Time in the early hours in the morning … launching successfully … Thursday’s launch was the 334th by the Long March rocket series.

The Oceanographic Observation Satellite or Marine Observation Satellite in which it’s provisionments  will provide services to the marine environment monitoring and forecasting, marine hazard warning, marine rights enforcement and scientific research in which advance data gathering- analysis  enhancing the abilities of observing ocean colour, coastal resources and ecological environment, and ramp up support for meteorology, agriculture, water conservation and transportation…. In which will assist in help of combating climate change ….

Haiyang1D   short for HY-1D, China’s fourth remote-sensing satellite for ocean observation, carries five payloads that have similar functions as HY-1C. A scanner can observe ocean colour globally, and measure the surface temperature of the seas, every day, with a spatial resolution of 1.1 km……The imager can obtain coastal water environment, coastal zone and ecological environment of rivers and lakes with a spatial resolution of 50 meters, every three days…….. Also it’s also equipped with an automatic identification system for ships……

The data will be used for resource and environmental surveys, and to facilitate marine disaster prevention and mitigation, sustainable utilization of marine resources, early warning for marine ecology, and environmental protection……..The Haiyang1D satellite was developed by the DFH Satellite Co. Ltd. under the CAST- China Academy of Space Technology, in which the Long March – Chang Zheng Carrier rocket was produced by the CALVT China Academy of Launch Vehicle Technology.