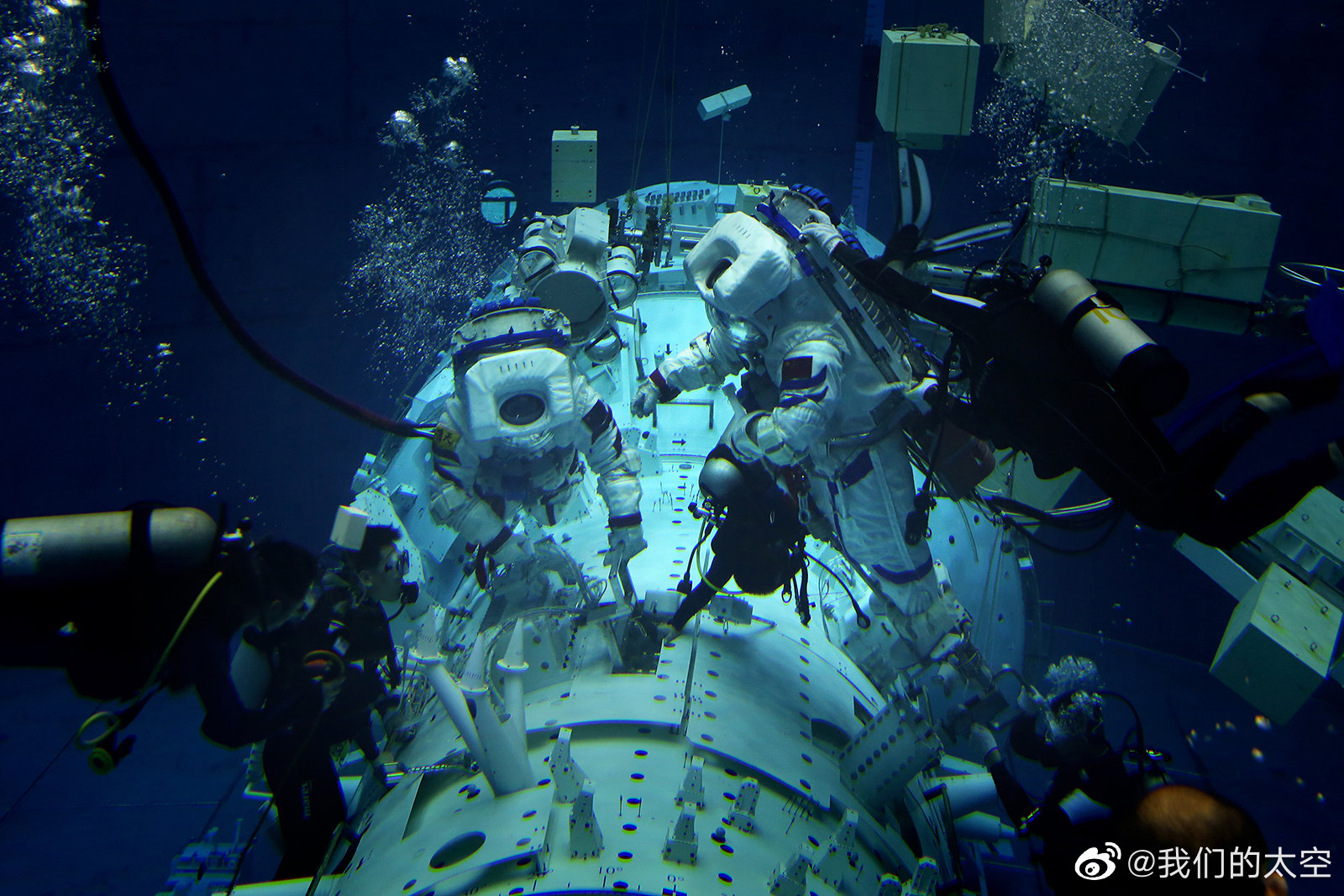 During the last several months The Takionauts at  CNSA –China National Space Administration among with its sister organisation  the CMS –China Manned Space have undergoing diligently training throughout the Training year in preparations of living, maintenance also other various forms of training on the newly awaited CSS –China Space Station in which is a Belt and Road initiative project ….

During the almost half year of 2020, the Takionauts have been training in Isolation in with a support team during the Convid-19 pandemic in which all training in the underwater weightiness training at the China Astronaut Research and Training Center in which is located in Beijing –China=People’s Republic of China … in which  one of many training subjects. Astronauts master the coordination of movement and attitude control under weightlessness through training in neutral buoyancy tanks…..

Featuring during the Zhuhai Air Show, or Air Show 2018, in which is the twelfth show running, CNSA, CAST-China Academy of Science Technology, also CASC – China Aerospace Science and Technology Corporation……gave a tour of what’s to come with the next generation of Long March Carrier Rockets with the manned version of the Long March eight also the next generation of the Shenzhou module in which was previously launched last month May 2020 testing launched from the Long March 5B-Chang Zheng 5B Carrier Rocket launching from the Wenchang Spacecraft Launch Center..

The New module component Station for in which was displayed for the Zhuhai Air Show, in which is the main Command Module Component Tianhe –termed Harmony of Heavens..  In which was test finally on 2017 year on finalising the Assembly Integration and Testing center in Tianjin…  in which the Tainhe command station module is larger, also wider in diameter than the previous generations in which to accommodate more instrumentation…  also with an expanding crew from three towards six as each more modules are added..

Orthough the size of the CNSA Belt and Road Initiative – Tiangong three Space Station partnerships with ESA- European Space Agency, ROSCOMOS, UNOOSA- United Nations Office for Outer Space… each agency of its own is larger than NASA – National Aeronautics and Space Administration….   In which the CNSA-ESA Partnership as already began with the collaboration training of ESA Astronauts among with Chinese astronauts – Taikonauts during the 2017 Training year..

CNSA- Tainhe 1 core module.. in preparations for the 2019 launch calendar..

The Command Module Core of the Tianhe Space Station in which provide servicement towards operations, of control, management of the space station, in which be ready to launch from CNSA’s 2019 launch calendar… With stage one of all the module components completed assemble by the year 2022 at the most… within  additional modules components  added conducting with experiments of space sciences, medical in various genres in which the enormous spin offs from the research benefiting humanity,    With the operational life cycle of a decade more with regular maintained repairing schedule…