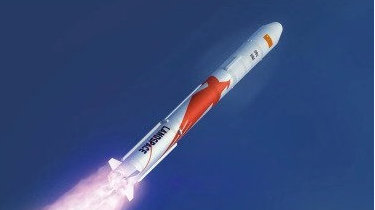 This round of test drive completed the swing of various angles, frequencies and waveforms, verified the matching between the engine and the high-power electromechanical servo system, and obtained the static and dynamic performance characteristics of the engine swing system. Major milestones…..

In the test, the engine completed a maximum angle swing of ± 8 °, the swing frequency covered 0-20Hz, and the sine wave, triangle wave and square wave swing tests were carried out. The test project covered various control needs of the Zhuque 2 carrier rocket flight and was carried out Strict assessment was conducted and the large-scale joint swing test was successfully completed.

This test is an important breakthrough in the initial sample development stage of Tianque’s 80-ton liquid oxygen methane engine and Zhuque-2 carrier rocket. Prior to this, Blue Arrow Aerospace has completed the relevant tests of the engine system test and long-range test.

LandSpace 蓝箭航天  Images and visuals are from Weibo