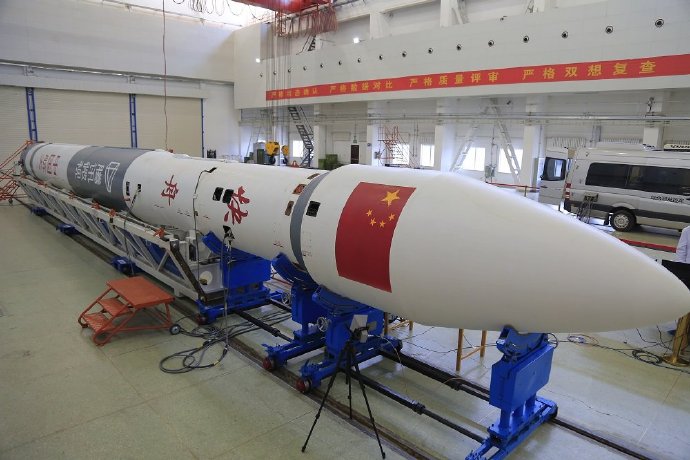 On 12 May 2020  Expace – will be launching two Wuhan dedicated  Kuaizhou-1 A launching Xingyun-2″ 01, 02 star – “行云二号”01、02星任务手册….. for  In which it’ll be traditionally launched from the On launching from the Jiuquan Satellite Launch center, in which is located in the Gobi Desert, inner Mongolia- People’s Republic of China. Jiuquan Satellite Launch center in which is part of one of many CNSA- China National Space Administration launch complexes for heavy long March Rockets, in which is also part of the Dongfeng Aerospace City… The provisions of Kuaizhou -1A Rocket is provision design as low earth orbit carrier, in which its payloads least than three hundred kilograms… With a Solid Rocket Motor with a very reliable high quality designs in with rapid manufacturing to launch cycles in which is transported on a mobile launch platform named the Clipper Fuqiangfu launch vehicle launching from the  … Jiuquan Satellite Launch center is the one of many sixty plus private Space Companies is Expace in which is based in Wuhan city in which is getting back to life progressively after the pandemic of Covid 19… during time lockdown time the Staff at the Expace, 中國製造 Expace Technology Corporation- a CASIC -China aerospace science and industry corporation … As been very busy in a lock down situation in preparing for two launches that dedicated to the women and men of China whom help to fight the Covid 19….. in which the provision of the Kuaizhou -1A Rocket  is operated from a mobile launcher in which makes sense of launching from the best angle path towards orbit insertion….

Rocket Company Industrial Park (Quick Boat Assembly Center) is the first project to be settled in Wuhan National Aerospace Industrial Base. The first phase of the project is mainly used for the assembly test of Kuaizhou series solid launch vehicles. The project covers an area of 450 mu and a construction area of ​​42,000 Square meters, mainly including assembly and testing workshops, comprehensive workshops, comprehensive buildings, power stations, etc.

The project started construction in May 2017 and was originally scheduled for delivery before the end of February 2020. Due to the impact of the new coronary pneumonia epidemic, the Rocket Company Industrial Park was approved in mid-March with the support of the Xinzhou District Epidemic Prevention and Control Command Work has resumed, and all finishing work has been basically completed. Related projects are being organized for acceptance.
According to the needs of subsequent development, the Rocket Company The construction of the supplementary condition project of the general assembly general adjustment center (phase I) has been started. The supplementary condition project will build an auxiliary plant of 10,000 square meters and a digital production line, mainly used for the repair and maintenance of the launch and test vehicles of the fast boat series solid launch vehicle , Some key product tests and product warehousing, etc. At present, the first-phase equipment of the digital production line has been basically installed and is expected to be completed in May. The auxiliary plant project is expected to be ready for use by the end of 2020….