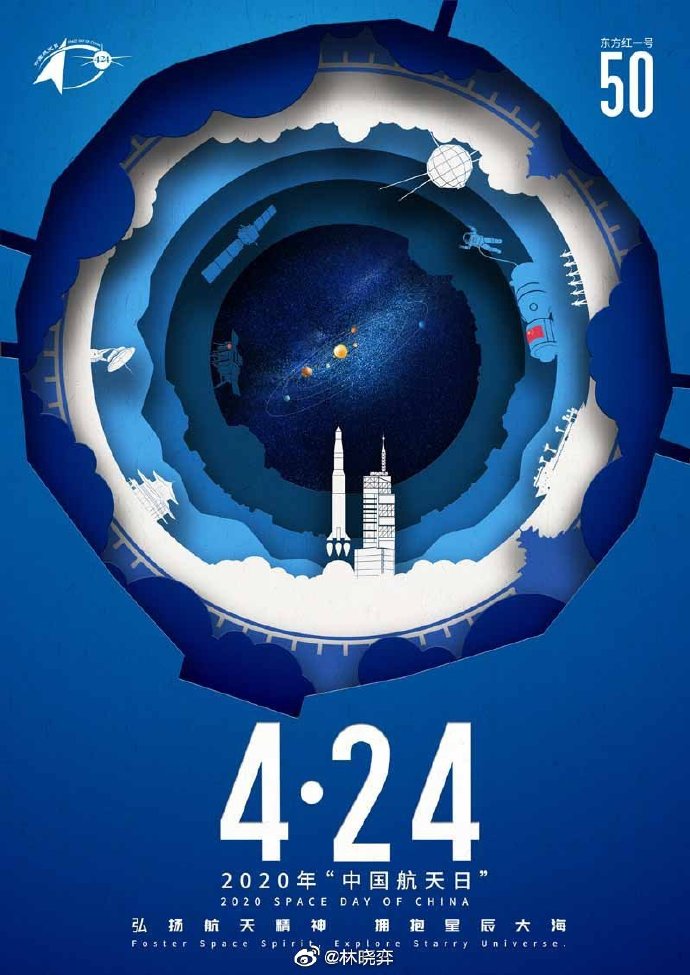 It was on 24th April 1970, China- People’s Republic of China –CNSA –China National Space Administration have successfully launched their first Earth orbiting satellite Dongfanghong One on a newly test Carrier Rocket constructed Long March One -Chang Zheng One… in which it was launched at Jiuquan Satellite launch Center.. Located in the Dongfeng Aerospace City in Ejin Banner of Inner Mongolia Jiuquan in Gansu Province China… from that years onwardly in 2016- April 24th following it establish “China Space Day”…. In the past 730 days, we have witnessed miracles, reviewed classics, and recorded good things. On the future, we invite you to walk together and witness the better future of China’s aerospace. “

This year, China Space Day there was many Celebrations across the country, in which of the light of Covid-19 been contained … in which that didn’t deter celebrating country wide celebrating is a while worthy project in which is the first country’s mission to Mars, finally named on 24th April 2020 is Mars exploration mission named Tianwen No. 1 【转转! 火星 我们 来 了 [加油] At present, China CNSA – China National Space Administration among with it’s sister organisation  is carrying out the development of the first Mars exploration project. According to the plan, in 2020, China will launch the Mars Rover through the Long March V, and achieve Mars orbit, landing and patrol detection through one launch. After the probe is launched, it will take about 7 months to reach Mars.

Explains of China Space Day..
“# 宇宙 第一 听听 中国 音乐 # On April 24, 1970, China’s first artificial satellite “Dongfanghong 1” was launched, and China ’s journey to explore space was officially launched. After 50 years, China Aerospace entered the space station Times, thinking about the advancement of space higher and farther. As a spiritual symbol of the Chinese astronauts’ hard struggle and self-improvement, what do you think of when you talk about “Dongfanghong”?”