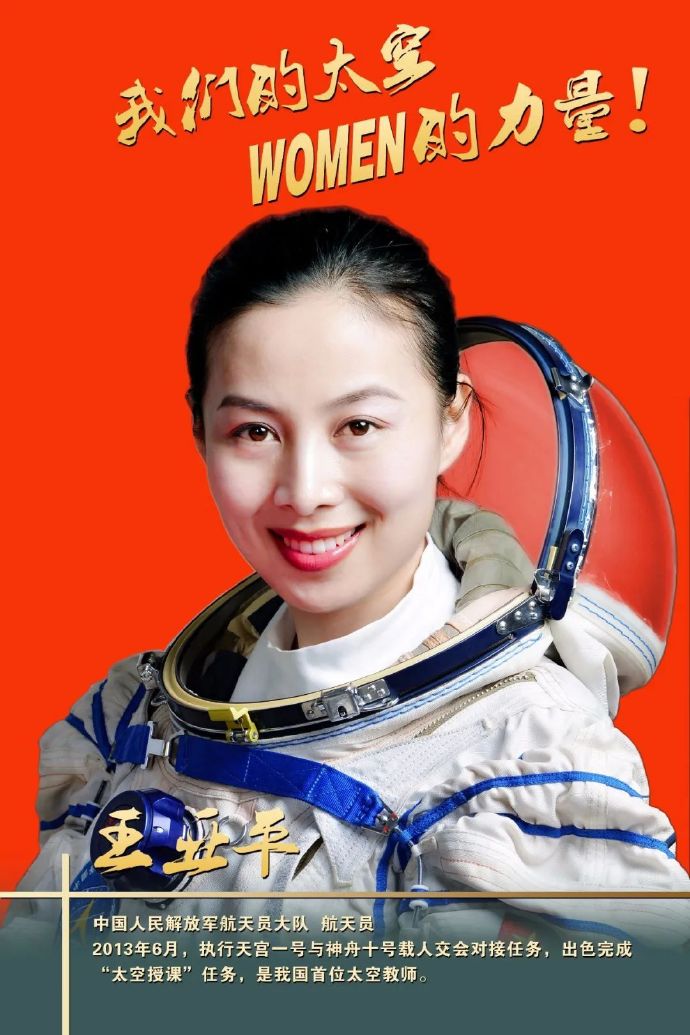 On 8th March 2020 it was International Women’s Day in which is  is celebrated on the 8th of March every year around the world. It is a focal point in the movement for women’s rights… within that celebration two China’s – People’s Republic of China- China female PLASSF – People’s Liberation Army Strategic Support Force Takionauts colonel 王亞平Wang Yaping also Lieutenant colonel 海洋 Liu Yang….  Of CNSA – China National Space Administration.. Both sends their messages in honouring  paying their highest respects of the brave international heroes in holding their post  also of the women compatriots whom fighting heroically to protect lives from all walks of life on fighting the front lines at the epidemic  of Covid-19 virus in China …..

“I see you who are treating patients on the front line of epidemic resistance, I see you who are walking the streets and serving the people, and I see you who are holding their posts in all walks of life. # 愿 你 Being gentle in this world # We are all guarding everyone and our families in a retrograde and persevering manner, and we have given this Women’s Day the most special, authentic, and warmest meaning. “White angels fighting against the epidemic Pay high respects