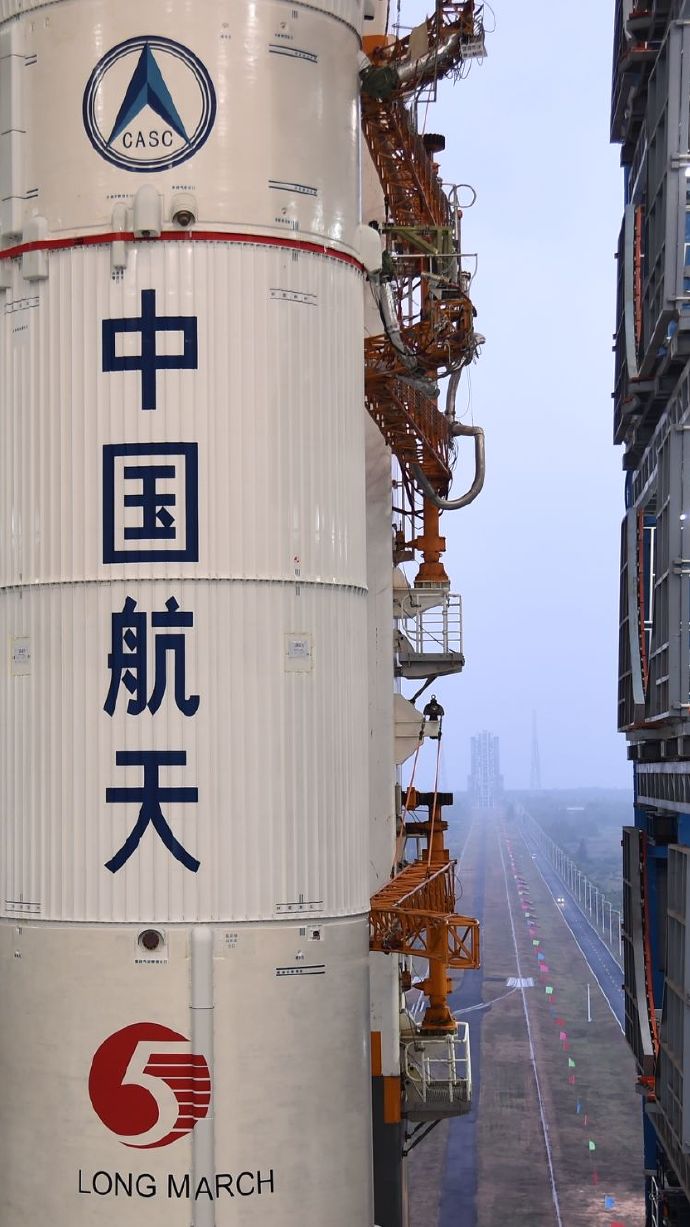 On fifty of February 2020, on the ports of Hainan Province –China- People’s Republic of China… in which  is the components of the new variant of the CNSA –China National Space Administration Heavy Carrier Rocket Long March five- Chang Zheng five Carrier Rocket.. In which was manufactured in development with CALT – China Academy of Launch Vehicle Technology CNSA sister organisation……  in most of the components of the Long March Five Carrier rocket  are manufactured by CALT Tianjin Carrier Rocket manufacturing  city..  in which during the process of assembly is also Follow-up training will be carried out with the initial samples of the space station core cabin also the associated modules that form the CSS-China Space Station..

Long March 5B Yaoyi carrier rocket safely arrives at Wenchang space launch site] According to the China Manned Space Engineering Office, the newly developed Long March 5B Yaoyi carrier rocket for the manned space station project was completed in accordance with the procedures before leaving the factory. The research and development work will be safely delivered to Wenchang Aerospace Launch Site on February 5, 2020. The follow-up will be with the initial samples of the space station core cabins that have arrived earlier to participate in the launch site training, and then perform the first flight mission.

The Long March 5B carrier rocket is mainly used for launching large spacecraft’s in low-Earth orbits such as space station bays. It is a new type of rocket that is improved based on the Long March 5 carrier rocket. A large fairing is newly developed according to the mission requirements of the space station. The whole arrow has undergone an adaptive transformation. The total length of the rocket is about 53.7 meters, the core is 5 meters in diameter, and four boosters with a diameter of 3.35 meters are bundled. The fairing is 20.5 meters long and 5.2 meters in diameter. It uses non-toxic and pollution-free liquid oxygen, liquid hydrogen, and kerosene. As a propellant, the take-off mass is about 849 tons, and the carrying capacity of low earth orbit is not less than 22 tons.

According to reports, after the launch site training is completed, the Long March 5B Yaoyi carrier rocket will carry a new generation of manned spacecraft test vessels, and will perform its first flight mission in mid-late April.

Credit images and visuals are from Weibo..