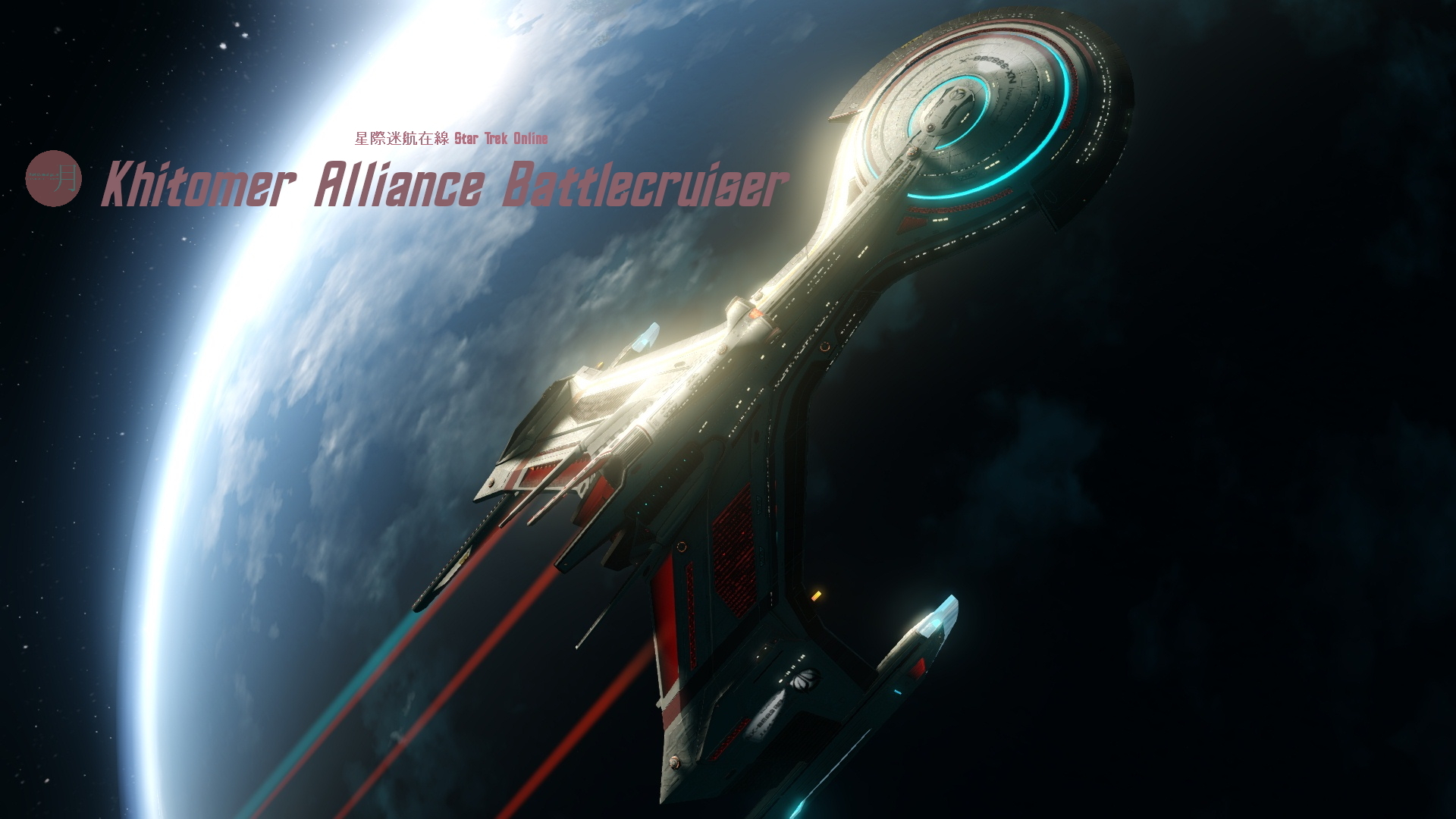 It’s been ten years of星際迷航在線 Star Trek Online – in which during the tenth year anniversary there’s been numerous of new ships in which there’s one it’s called the Khitomer Alliance Battlecruiser…. In which is a very unified design in between Starfleet also there’s being a massive development in collaboration with the Klingon empire and Starfleet in merging to design Philosophies together in a ACSDB The Allied Cooperative Starship Development Board project.. in which the New Alliance Battlecruiser  is a combination in between the Iconic Klingon D7 with merging the hammer head saucer section that’s been iconic on all Starfleet Tactical carrier escort starships ……

Looking at the design of the Khitomer Alliance Battlecruiser….it best serves as a cannon turret  torpedo weapons console in which with forwardingly dual, quad cannons with torpedoes launcher with the afterwards of turrets at the after in which gives you maximum fire power in which as you arrange you bridge tactical weapons stations.. at first using beam arrays seems slower tactically in which Cannons and turrets fit the designs for the Khitomer Alliance Battlecruiser..  but however when using the cannons turret torpedoes launcher combination it’s best to slow down your velocity in which allows you to form more time to attack with allowing weapons recharge as you  turn around with evasive manoeuvres of the Khitomer Alliance Battlecruiser….   In which “+10 Weapons Power, +10 Shield Power “will give shielding also the massive defensive fire power with cannons also torpedoes.. As the you install the required tactical consoles in which decrease the amount of cool down of recharging …. It’s clearly best of three worlds with 4 Tactical, 4 Engineering, 3 Science consoles ….

It’s universal console – Aligned Antiproton Shielding- “ …….The Alliance Battlecruiser comes equipped with the Aligned Antiproton Shielding Universal Console. When activated, you gain a temporary boost to Energy Weapon Haste, Shield Regeneration, and Shield Capacity that scales up as you get take incoming fire. After that boost ends, or when you re-activate this ability, your ship will deal significant antiproton to each nearby foes.

This technology was made possible by combining some unique methods of distributing shield power automatically into advanced weapon power distribution grids, and the architects of its design say they “couldn’t have done it without the Alliance sharing technology together.”

This console also provides a passive boost to Antiproton Damage and Starship Shield Capacity. It can be equipped in any console slot and equipped on any ship. You may only equip one of these consoles…..”

It’s Starship Trait – Automated Shield Alignment ……” …………. After achieving level 5 in the Alliance Battlecruiser, you will unlock the Automated Shield Alignment Starship Trait. While this trait is slotted, you gain bonus damage based on what percentage of your shields is missing. When you defeat a foe, you will restore a substantial portion of your shields.

While comparing ship power level and sensor data with events occurring in combat, a group of analysts noticed that power can be diverted from some sub-components of a weakened shield facing for other systems. As more power in weapons has a correlation with decreasing shield strain, that was deemed the optimal subsystem to shunt that newly discovered excess. Then, after the shield systems have cooled down more from the decreased overall power flow, the power can be shunted back, to give a significant boost to shield strength. The Alliance Battlecruiser was designed to make optimal use of this knowledge, but with more testing they believe it can be used on other ships as well………”