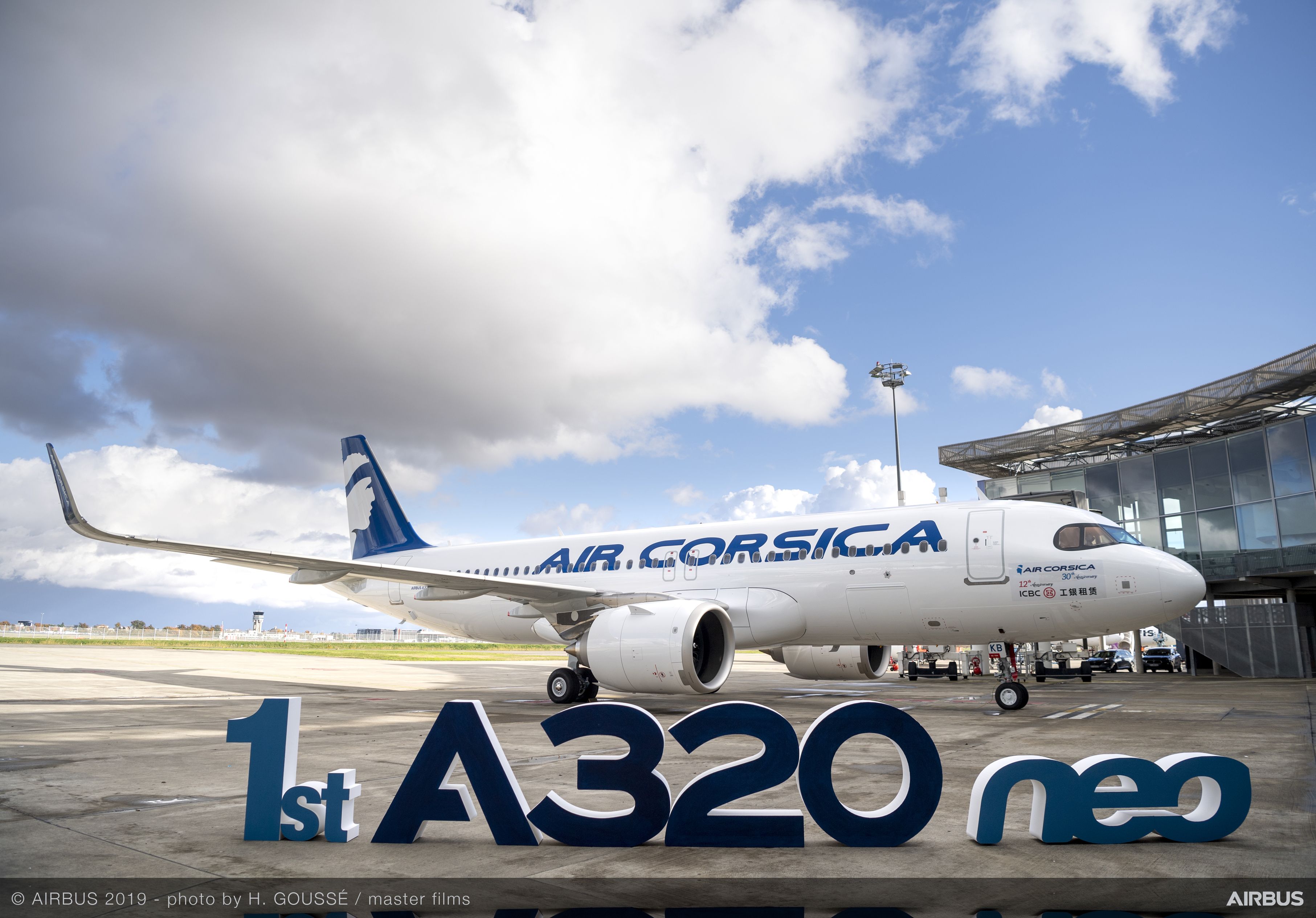 This month of December 2019 Air Corsica, an airliner that’s operating from the Island of Corsica… in which recently this December taken delivery of is first Airbus –A320Neo.. in which becoming the first French A320neo operator in which the first two is lease from ICBC Leasing in which that delivery was Toulouse France ..

The first two Airbus 320Neo’s will replace the existing and aging fleet of Air Corsica, which replacing the main domestic also European flight routes that flies outside of the France in which dedicated flying  servicing the London-Stansted and Brussels-Charleroi….

With new interior spacing and advance inflight entertainment systems done by Airspace by Airbus.. the new A320neo’s have more room for its passengers charging their electronic devices using USB ports. Also, the carrier notes that enhanced lavatories have been fitted into the aircraft to help facilitate much easier access for passengers with reduced mobility—a significant improvement compared to their current A320 fleet… is configured in a single-class cabin layout, seating 186 passengers.

With major advance modifications among with the modifications is the two new engine choices Pratt & Whitney’s PurePower PW1100G-JM , or the  CFM International’s LEAP-1A – along with Sharklet™ wingtip devices… in which both engines in which provide massive degrees with fuel efficiency providing that with efficiency is its Wing tip devices as the design of the Airbus 320neo  has been design with fuel efficiency and savings ….. with its integrated new Sharklets that’s’ generated more than twenty percent in fuel burns.. In which half of the noise than its previous generation..

As part of the innovationally AirspaceByAirbus  is the interior space saving, also its comfort in maxing out the interior size with twenty percent more height with sixty five percent wider within the Airbus ACJ Family ..One other features is the lower cabin altitude with an equivalent to an averagely of 19507.2 meters in which give passenger comfort atmosphere to almost to the same environment as they experiencing on ground altitude..

One other thing that comes out with Airbus is the innovation of standardization of the Commonality by design, as the same cockpit design share the same design with the same flight characterizes that makes a pilot transition easier high quality certification at a lower cost without going for the retraining process of a long durations relearning a new cockpit design … The new Cockpit design is enabled fly by wire.. Also there’s numerous Airbus trained pilots available than Boeing’s..