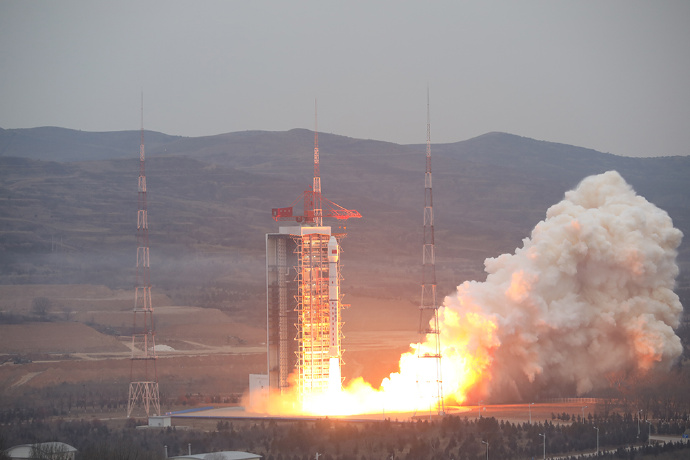 On the morning of 28th November 2019, launching from one of many CNSA –China National Space Administration   launching on 0752 Beijing Morning time.. Launching from the Taiyuan Satellite Launch Centre in which is located in Northern China, Shanxi Province, the launch when without any issues..

Launching from one of its launching Carrier Rocket the Long March 4C- Chang Zheng 4C, launching deploying from by the SAST – Shanghai Academy of Spaceflight Technology in which is sister company organisation of the CAST- China Aerospace Science and Technology Corporation.. Launching as its 320th flight ….

The Gaofen12 manufacturer is CAST – China Academy of Space Technology also in collaboration with its associate agency with CHEOS- China High Resolution Earth Observation System in which is design Built on a CAST 2000 Design Heritage Earth Sciences, in which is design for Translating Gaofen is High Resolution, also known as CHEOS- China High Resolution Earth Observation System, in which provisions in the real time observational data analysis of with high resolution multi spectra equipment imaging system in analysis for assessing environmental disaster warning, emergency response also for the protection for ecological, also providing support for infrastructure construction, transportation for various purpose of the Belt And Road initiative  … one of many specifications of the Gaofen 10 Earth Sciences satellite is The high-resolution satellite is a large-scale remote sensing satellite system for the national science and technology major special arrangement of the microwave remote sensing satellite, the ground pixel resolution is up to sub-meter …

Image and visuals are from Weibo..