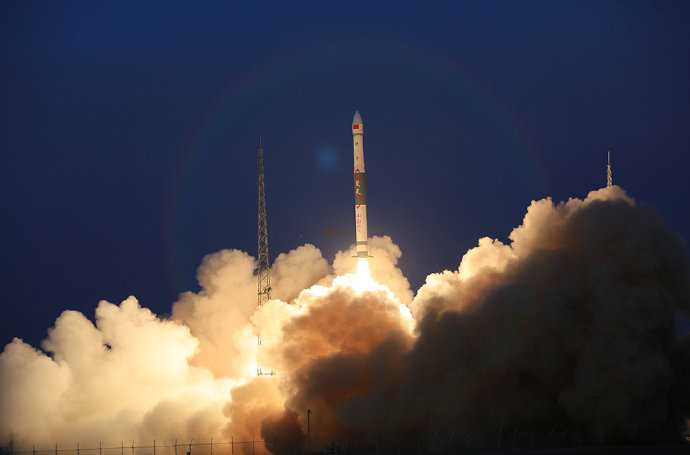 On 17th November 2019, Sunday 1800 Beijing Time…. launching from one of many of CNSA –China National Space Administration’s launch complexes, launching from the Jiuquan Satellite Launch Center, located in the Northwest China, located in the Gobi Desert- Inner Mongolia in the People’s Republic of China-China.. Launching from the Jiuquan Satellite Launch Complex is a newly constructed launch pad that’s dedicated for one of sixty plus Chinese private carrier rocket companies… in which is Expace- Expace Technology Corporation a developing with CASIC China Aerospace Science And Industry Corporation collaboration sponsored company….

Launching from the Jiuquan Satellite Launch Center, at marking its third mission of launching of the KA1A – Kuaizhou1A cost effective advance extremely reliable carrier rocket, in which the construction of the Kuaizhou1A for one rocket can be easy assembly in a very short effective amount of time.. in which launching deploying two German global media advance Telecommunications-Communications satellites,  KL-a-A and KL-a-B.. in which this launch is an international collaboration on further cooperative commercial projects along with its European Union Partnerships..

Images and visuals are from Weibo Our Space