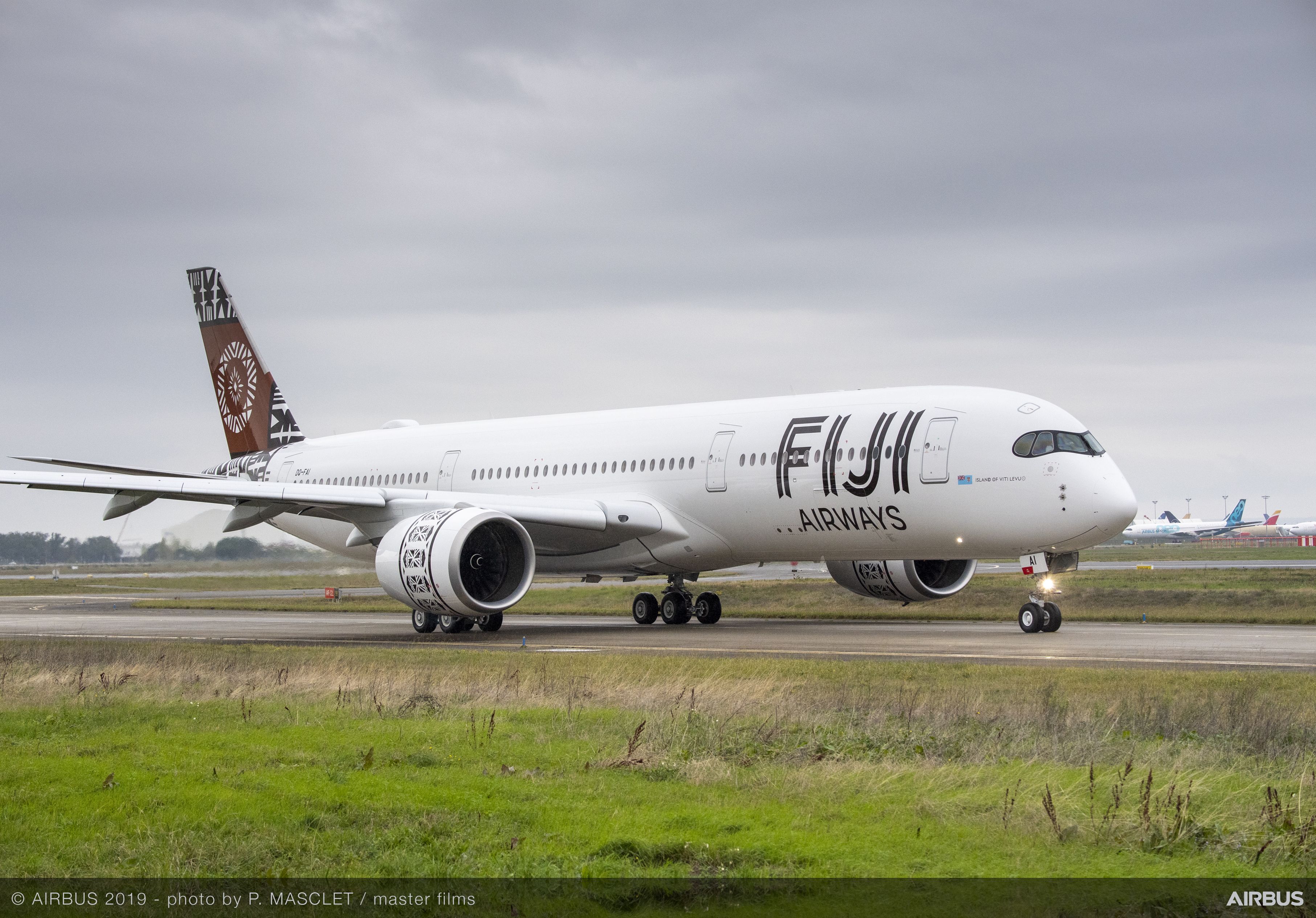 During this month November 2019, in the Southern Hemisphere, South Pacific,  Fiji Airways have taken the bold step in acquiring its advance fuel economy efficiency first Airbus 350 XWB , in which taking its first bold step of becoming the first South pacific airline in the pacific region ….. Taking delivery at Toulouse, France in which both aircraft is being lease by Dubai-based DAE Capital……

Operating the new fleet of Airbus 350-900’s on from Nadi- Fijian Capital towards Los Angeles also Sydney flight routes… In which having a larger aircraft it’ll gives the Fijian economy more an increase it tourism also allowing more growth in tourism economy sector wider… increasing its fleet with a newly configuration of two class layout with three hundred and thirty four seats in which thirty three full flat beds among with three hundred and one economy class seats with thirty nine BULA SPACE seats in which having more leg room with more comfort with the Thales in-flight high definition entertainment systems..

Featuring with Airbus Innovative Airspace by Airbus Cabins in featuring extra layering of comfort in which new Airbus Airspace cabin experiences introducing into with new features with advance inflight WiFi, with new innovated seating economy arrangements with comforting seats that if you’re like seating in business class… with a scientifically designed cushioning head rest that rest your head while sleeping so you won’t need to bring a neck rest… as part of that comfort is WiFi systems in which connects you towards  the rest of the internet connectivity in which from keeping up with you socials towards  allowing you to work while you’re travelling on flight long haul..  Featuring with the advance Airspace Cabin environmental systems it features with the advance Air conditioning systems giving you that right temperature management among with mood lighting ensuring giving passengers that sense of minimizing jet lag as they fly inwardly towards their destination..