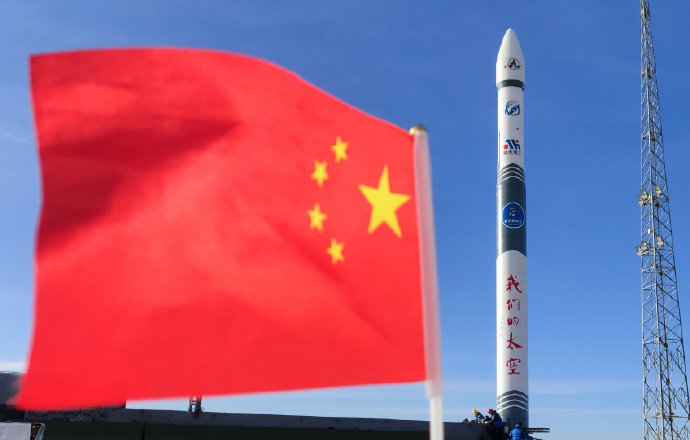 The Kuaizhou-1A (KZ-1A), a carrier rocket is design to carry to deploy payload type of micro satellites, in which delivering the payload into LEO- Low Earth Orbit… Launching from the Jiuquan Satellite Launch Center in Jiuquan, northwest China’s Gansu Province of the People’s Republic of China- China ….

The Jilin-1 Gaofen 02A, which belongs to the Jilin-1 satellite constellation, featuring a highly advance new optical earth sciences remote sensing observation satellite, in which The Jilin-1 Gaofen 02A satellite is developed by the Chang Guang Satellite Technology Co., Ltd., in which also featuring a high resolution high data velocity broadband communications transmission.. Wednesday’s launch was the second mission of the KZ-1A rocket in 2019. It had previously completed three commercial launches from January 2017 to August 2019….. During this launch currently completing a constellation network of thirteen Jilin-1 satellites…. Jilin one. In which are designated as Earth Sciences remote satellites in which are provisionments with providing observationally data analysis of forestry, marine navigation, weather disaster forecasting management for its clients.. In which it forms a constellation network further of currently of thirteen..