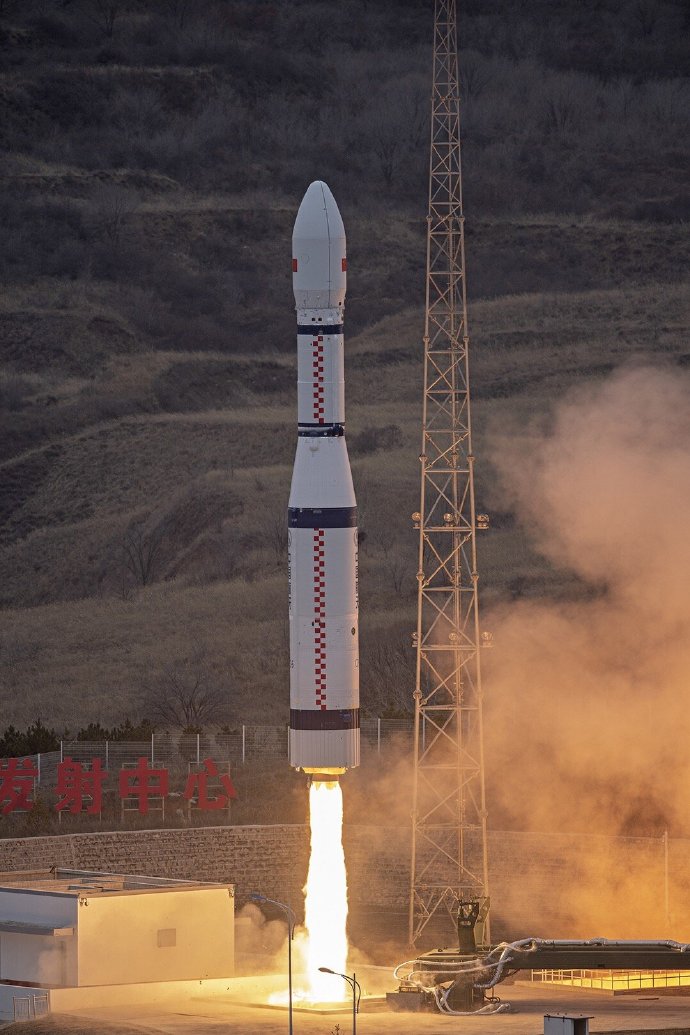 The Kuaizhou-1A (KZ-1A), a carrier rocket is design to carry to deploy payload type of micro satellites, in which delivering the payload into LEO- Low Earth Orbit… Launching from the Jiuquan Satellite Launch Center in Jiuquan, northwest China’s Gansu Province of the People’s Republic of China- China …. The Jilin-1 Gaofen 02A, which belongs to the Jilin-1 satellite constellation, featuring a highly advance new optical earth sciences remote sensing observation satellite, in which The Jilin-1 Gaofen 02A……

Only hours later least it was the launching of the CNSA – Long March six or known as the Chang Zheng Six Carrier Rocket launching from the Taiyuan Satellite Launch Center in Shanxi Province, in which is located in the Northern parts of China in which it is an ancient city that dates back to the Ming –Qing Dynasties ..

Launching at 1435 Beijing Time.. Launching from Launch complex sixteen..  It launched deploying within its payload an Earth Sciences Remote Sensing Satellite in which The new satellites – also designated Zhongzi, were developed by the DFH Satellite Co., Ltd. and the SAST- Shanghai Academy of Spaceflight Technology – are part of a commercial satellite project financed by the Ningxia Jingui Information Technology Co., Ltd. and will be mainly used for remote sensing detection. The Ningxia1 forms a satellite constellation of thirty in which will be place in LEO – Low Earth Orbit, in this case it was first five of that constellation of thirty….

Images and visuals are from Weibo OurSpace