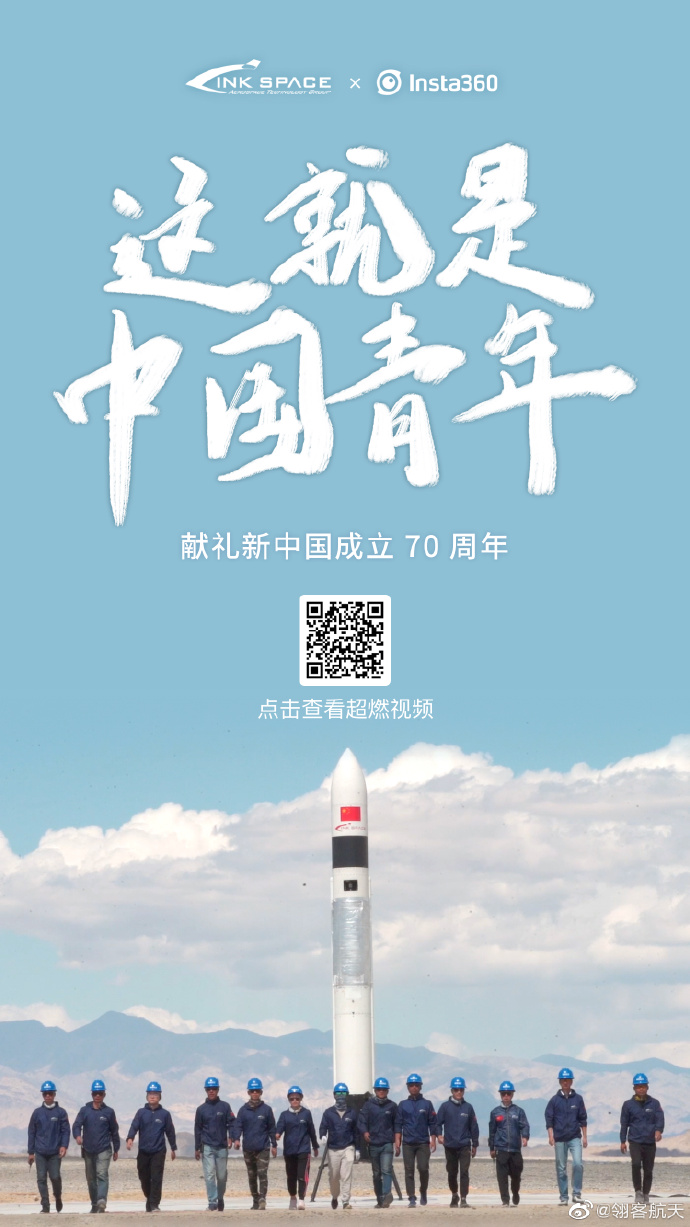 On the first weeks of 10th August 2019 , Link Space Aerospace Technology, a Beijing based Private Space Commercial Company among sixty more in China.. have successfully tested there small version of what’s to come with an larger reusable carrier rocket that’s set out to become like of Space X Falcon Nine Reusable, also its heavier variants, among in the reusable Carrier Rocket Development is the next generation of CNSA- China National Space Administration Heavier Long March  reusable Carrier in the eight, nine series of their third milestone launch and landing of the RL 客航天RLV-T5 model Reusable Carrier rocket test article in which is the platform of their three new larger series of reusable carrier Rockets

Successfully testing lift off at a height of Apogee 300.2 Meters and recovery  point of 0.07 meters  in which holding landing in which the coverage was recorded on an Insta360 One X, on to an LinkSpace X circular launch and land pad at which LinkSpace has built flying vertical-take-off/vertical-landing (VTVL) prototype test rockets, to develop its reusable rocket technology. By July 2016, it achieved hover flight with a single-engine thrust-vectored rocket. By September 2017, it had built three hovering rockets, tested in Shandong Province….

Learning from the second and first testing articles, the third was advanced and improved to which new breakthroughs were developing tested with focusing on the neural network based guidance and control technology and new technologies such as improving ballistics and guiding and high speed precision position systems.