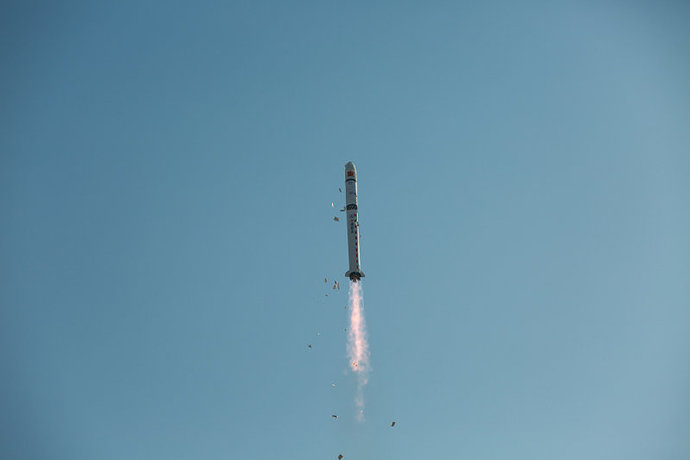 On 25th September 2019, on 0854 Beijing Morning time at the Jiuquan Satellite Launch center, one of many CNSA launch complexes,  in which CNSA –China National Space Administration have successfully launched an iconic reliable advance Long March two D  Known as Chang Zheng 2 Carrier Rocket series.. From the Gobi Desert in which is located in Inner Mongolia of China- People’s Republic of China…  in which this marks the 313th flight of the iconic Long March Series carrier rockets in which manufactured design by the CNSA parents arm of CALT – China Academy of Launch Vehicle Technology ..  In during that day, that Morning it was also families of the crew also people from the neighbourhood city of the Dongfeng Aerospace city sings the “ Me and my Motherland” for the 70th anniversary for the founding of the People’s republic of China in which that is on first on October.. Celebrating nationwide in which first starting in Beijing…  Celebrating towards the launch a music video was produced towards the celebrating from all disciplines of departments contributing towards the founding..

In which the advance Long March two carrier rockets launch the second of the Yunhai Number one of two earth sciences navigational satellites in which the first was launched on December 2018, into LEO – Low Earth Orbit in which it’s constellation provisionments is to study also the detection of Atmospheric, Marine environmental observational studies also it provides a disaster relief mitigation assessment also with numerous of scientific experiments onboard..  The Satellite designed manufactured by Shanghai Aerospace Technology Research Institute of CAST- China Aerospace Science and Technology Corporation ….

Credit image-visual are from Weibo