On 19th September 2019, it was the launching of the CNSA –China National Space Administration, Iconic Reliable advanced variant twenty meter Long March 11 Carrier Rocket in which launching deploying five satellites from the Jiuquan Satellite Launch Center, from the Gobi Desert in Northwest of the People’s Republic of China launching at 1442 Afternoon Beijing Time..

The newly advance reliable Advance Variant Long March 11 Carrier Rocket modified by the CALVT- China Academy of Launch Vehicle Technology  in which the launching was the three hundred and eleven mission of the Iconic Long March series ….

Launching the five new satellites into orbit, in which they form a constellation program Zhuhai 1, in which they form the bases of supporting thirty four Micro-Nano Satellites in which the bundle of satellites that various functions of Video, hyperspectral, high resolution optical radar – infrared  satellites.. The Satellites were manufactured design develop by Harbin Instituted of Technology its constellation operations is Zhuhai Orbita Aerospace Science and Technology Co.Ltd … with the design specifications…. The newly launched satellites comprise four hyperspectral satellites with 256 wave-bands and a coverage width of 150 km, and a video satellite with a resolution of 90 centimeters.

The Zhuhai-1 hyperspectral satellites have the highest spatial resolution and the largest coverage width of their type in China…..The data will be used for precise quantitative analysis of vegetation, water and crops, and will provide services for building smart cities, said Orbita, the largest private operator of hyperspectral satellites in orbit…… The company aims to cooperate with government organizations and enterprises to expand the big data satellite services… in which to service of intense advance data collection analysis in provisions for natural resources, ecological environmental, emergency also traffic management… 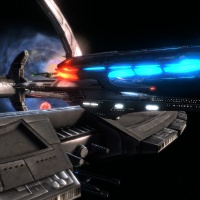