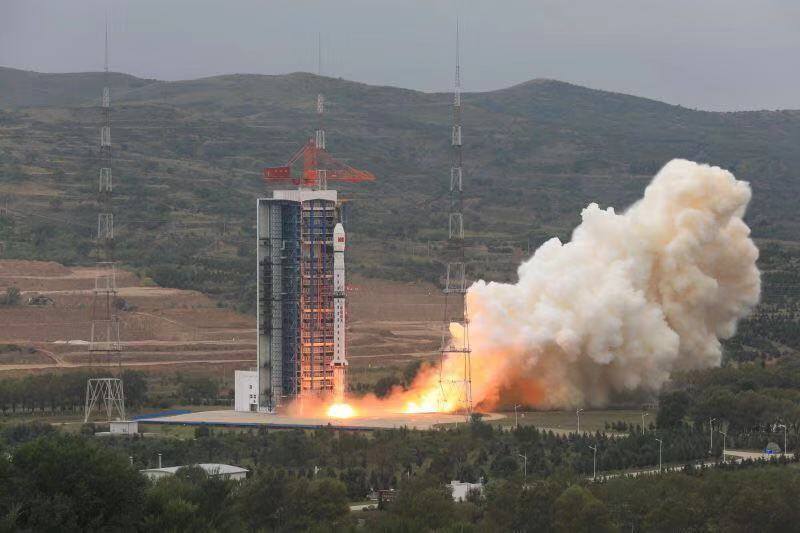 On 12th September 2019, CNSA- China National Space Administration has launched the Reliable Long March 4B Carrier rocket from the Taiyuan Satellite Launch Center from Shanxi Province in which is located in Northern of the People’s Republic of China…  Launching two Earth Sciences Satellites into orbit in which marking the three hundred and tenth launch of the Long March Carrier rocket series among its variants..

One of two is developed as a Earth Sciences-Resource Satellite is the ZY-1 02D, designed developed manufactured by the CAST –China Academy of Space Technology. The provisionments of the satellite in providing observational data in data analysis of natural resources asset management, disaster prevention control protection also with urban construction, transportation management…  The ZY-1 02D has the operational life cycle of five years in connecting with the its constellation networking..  Placed at 778 Kilometers above orbit in Solar Synchronous orbit…. One of its installed is it infrared camera with range scan coverage of 115 Kilometers in which to give observational data analysis of the medium to large cites in giving advantages of urban planning…. Its other installation is the 166 hyper spectral camera that 166 photographs in various specially bands simultaneously in which the installation equipment  The camera can capture the reflected light information of various minerals, and be used to analyse complicated mineral compositions and distribution…. The satellite can also be used to observe chlorophyll concentration, water transparency and total suspended matter concentration in lakes to help monitor the environment and prevent water pollution.

The second is the BNU-1 Satellite is a Shanghai based private space Technology Company in development of the BNU-1 Satellite has an operational cycle of one year in collaboration with CAST –China Academy of Space Technology in which also with the Shenzhen base company… developed as an earth sciences satellite to observe data analysis the researching of polar areas of earth also study of its climate change..