Featuring past Star Trek Discovery chapters, in which you partake in those, seasonally chapters of leading up towards the incident also during after the incident of the Binary Stars, that leading towards the Klingon War… in which you storytelling with Mary Wiseman, Rehka Sharma, Jason Isaacs, in which reprising their characters adventuring with you… This time is the beloved Crossfield – Science Class USS Discovery Chief Engineer Lt. Commander Paul Stamets- Anthony Rapp.. in which you’ll explore more of the mysterious Mycelial Network, in which was the main feature jump system that drives USS Discovery core propulsion system, in which was faster than using Warp Drive.. …

In this seasonally chapter, Awakening…. Is the sequel from the Age of Discovery… in storyline the Klingon Empire J’Ula in with her Klingon operatives trying to steal the Mycelial Network Technology in attempting to use it sends them towards the year 2410- 25th century in which following her towards the 25th century in which she doesn’t corrupt, damaging the Mycelial Networks… in which corrupting the entire Mycelial Network will lead towards destruction of other home star systems.. one in particular that is the Elachi home world in which drawing them out into an all new conflict in protecting their homeworlds.. .. in which understanding the mysterious Mycelial Network.. of how to repair that critical network storyline turn towards Lt. Commander Paul Stamets, the Astromoycologist for help.. Only in hologram though.. in which only noted that the crew of the USS Discovery also it’s ship goes into seclusion due to the incident of Section 31 control in which was conclude that the crew and ship of USS Discovery goes into exile of quarantine to allow a new founded AL- Artificial life to be corrupted that’s onboard Discovery’s Computer core..

Among with the hologram version of Lt. Commander Stamets, also your Klingon Ally Captain Kuumaarke along with you will stop J’Ula in corrupting the entire Mycelial Network, which could lead to destruction on some homeworlds star systems… 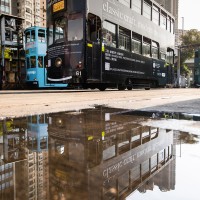