As this year previously In Already Tomorrow In Hong Kong, at the world leading MTR Hong Kong Corporation.. in nearby Tsim Sha Tsui, MTR Hong Kong’s West Kowloon it was the grand opening of the High Speed Rail- Vibrant Express in which connects towards many destinations in Canton province within the Greater Bay Area also towards the Capital Beijing… One of many cities it connects towards is Guangzhou is Canton Province Capital… from the traditional three to four hours train time reducing with the modern High Speed Rail, least than forty eight minutes.. In which makes easier for those whom live across the border in between Mainland and Hong Kong SAR to work, visit, or educationally daily without having to travel by aircraft at Hong Kong International Airport……The station’s design has won several awards including a Golden Winner in the Architecture, Building and Structure Design category of A’ Design Awards 2016-2017 and a Gold Winner of the Best Futura Mega Project, MIPIM Asia Awards 2015.

In its first introduction promoted by TVB’s presenter-actress Jacqueline Wong, In which showing the numerous features of the construction of the Station Hub itself also the features of the Vibrant Express Bullet trains, also the effectiveness of having a high speed connection in which between the Greater Bay Area of whom work live inbetween the Greater Bay region… in which going to the Mainland, in which you have another travel option, The High Speed Rail.  The High Speed Rail Hong Kong West Kowloon Station, in which connects towards with fifty eight stations in the mainland in which some destinations are without interchanges. In which with frequent Train services for the Guangzhou –Shenzhen Hong Kong High Speed Rail in which seventeen pairs of trains a day connecting long haul destinations with a high quality of frequent and punctual services that get you destinations reliably …. In which you can adventure further with the National high speed network…

Starting planning out your journey with the high speed journey, in which there are two types of ticketing- Tickets…….  Cross Boundary Tickets are for travelling towards and from wards Hong Kong in a travelling situation from Hong Kong West Kowloon Station towards Guangzhounan Station… The other Ticketing is Mainland Domestic Tickets are for travelling like for example from Xi’anbei Station to and back Zhengzhoudong Station….

Planning your cross boundary journey is to best to check train frequencies and ticketing information on the MTR Hong Kong Website High Speed Rail page… Or download the High Speed Rail Mobile App, in which you can stay tuned in real time with the latest information … after you finished planning, it’s time to purchase your ticket… in which your High Speed Rail has a Real Name ticketing policy.. in which includes Personal Identity documents _ Mainland Travel Permit for Hong Kong and Macao Residents( Home Return Permit) _ PRC Peoples Republic of China Residents Identity Card,_ PRC Exit / Entry Permit for Travelling to and from Hong Kong and Macau_ Mainland Travel Permit for Taiwan Province Residents_ Foreign Passports recognized by the PRC Government..  In which this will provide identification for Verification at the Time of Purchase also for any after Sales Service.. Such as Ticketing alterations and refunds.. 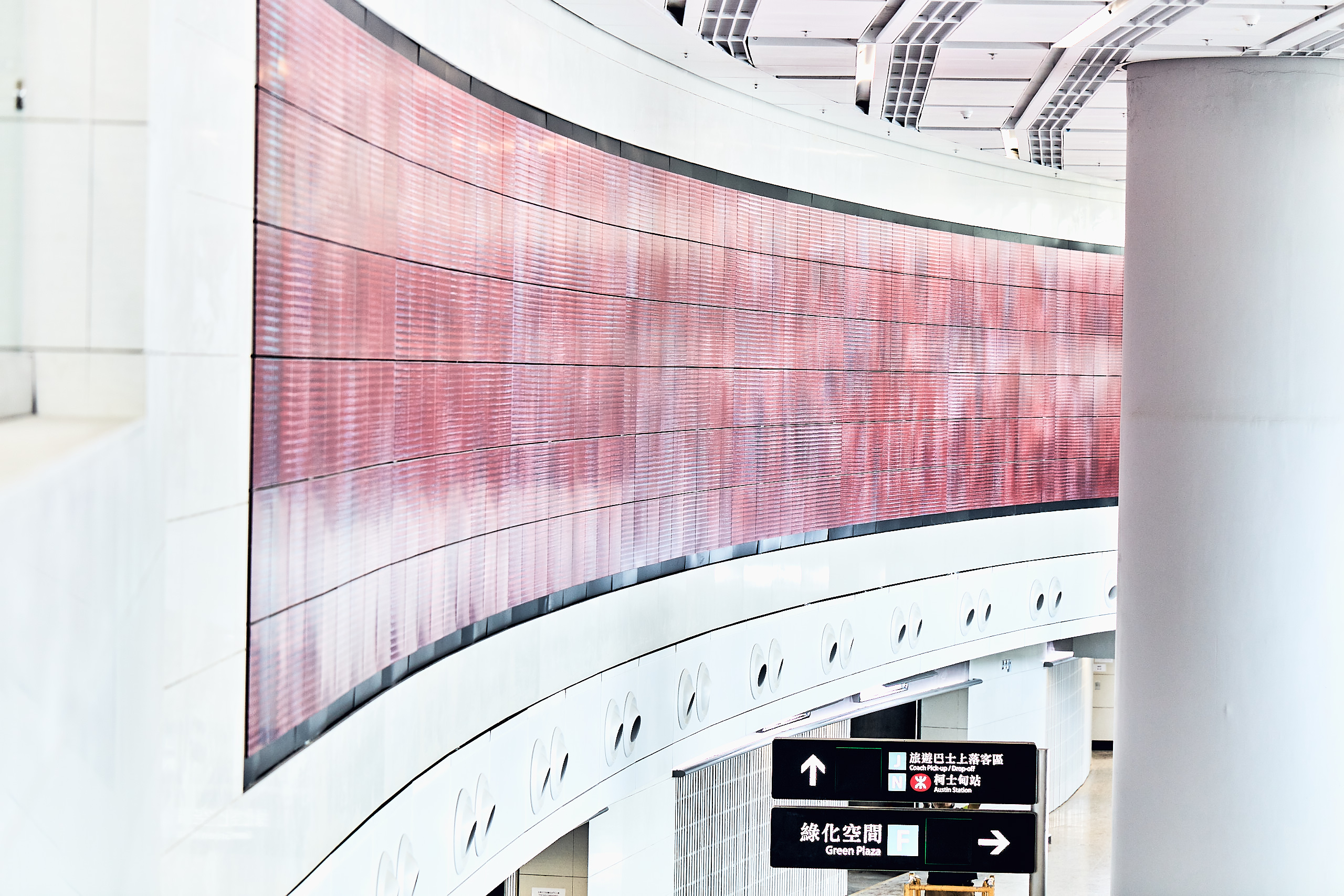 You can purchase cross boundary tickets between twenty eight or thirty days in advance through various ticketing channels with various payment methods at the Ticketing counter or the Ticketing machine at the West Kowloon Station, in which the machines accept Home Return Permit second generation PRC Resident Identity cards.. or collect tickets on line when booking thirty days in advance through the online ticketing, Tele-Ticketing also Ticketing Agents at the West Kowloon Station when collection of your ticket is best to present your original ID Documents  for each traveller’s ticketing , giving that you change your plans of travel you can request a ticketing alteration or a refund before the cut of time without any applied service charges each ticket can be changed in which its best to read the terms and conditions on the website at a onetime alteration for the departure date, time, class of travel . Given that if you need to cancel your trip… You may request a partial ticketing refund, in which that partial refund is inbetween 50 to 95 percent…  the earlier the refund in which the higher the refund amount… Given if you want a rail connection on the Mainland, you can purchase mainland Domestic Tickets from the ticketing counters operated by an authorised Agent at the Hong Kong West Kowloon Station in which handling fees applies for ticketing service at the agent…..

How to get towards West Kowloon Station, getting to West Kowloon Station is very easy, there are numerous Footbridges, subways that connect towards the station,  like a four minute walk to the West Rail line Austin Station, twelve minute walk to Tung Chung Line, Airport Express Line Kowloon Station.. In which also it connections with the Kowloon MTR Station as well to Elements.. in finding the pathway is just to follow the orange bold logo, icon in with directions points take you there.. Besides taking the MTR… You can take a Taxi, Bus, and Mini Bus, also there are other transport options available, the Airport Express Free Shuttle bus K1 between Hung Hom and Jordan and Kowloon Station…. Also there are five hundred parking spaces with a station car park Pick up- Drop Off…  Getting towards West Kowloon Station accessible is very comprehensive, making a very convenient location for travelers.

Before taking off on your high speed Journey, head towards the Ticketing Concourse, going through Ticketing and ID inspection in which is located at Ticketing Concourse on level B1….  then you’ll go through the first tier gates for a baggage and security check… then completing the Hong Kong transit the Mainland Entry and exit formalities in one go with the Hong Kong – Mainland Clearance Procedures at the Departure Concourse at B3..  Then procedure towards the waiting area at the departures concourse, in which boarding gates will be closed five minutes before departure, in which entering the secondary tier gates towards the platform an board the train..  in which there are baggage allowances for each child is ten kilograms, for each Adult twenty kilograms, in which total dimension of each piece cannot exceed 130 cm suitcase..  Also beware of the prohibited items in trains also the general area of the Station and railway premises.. 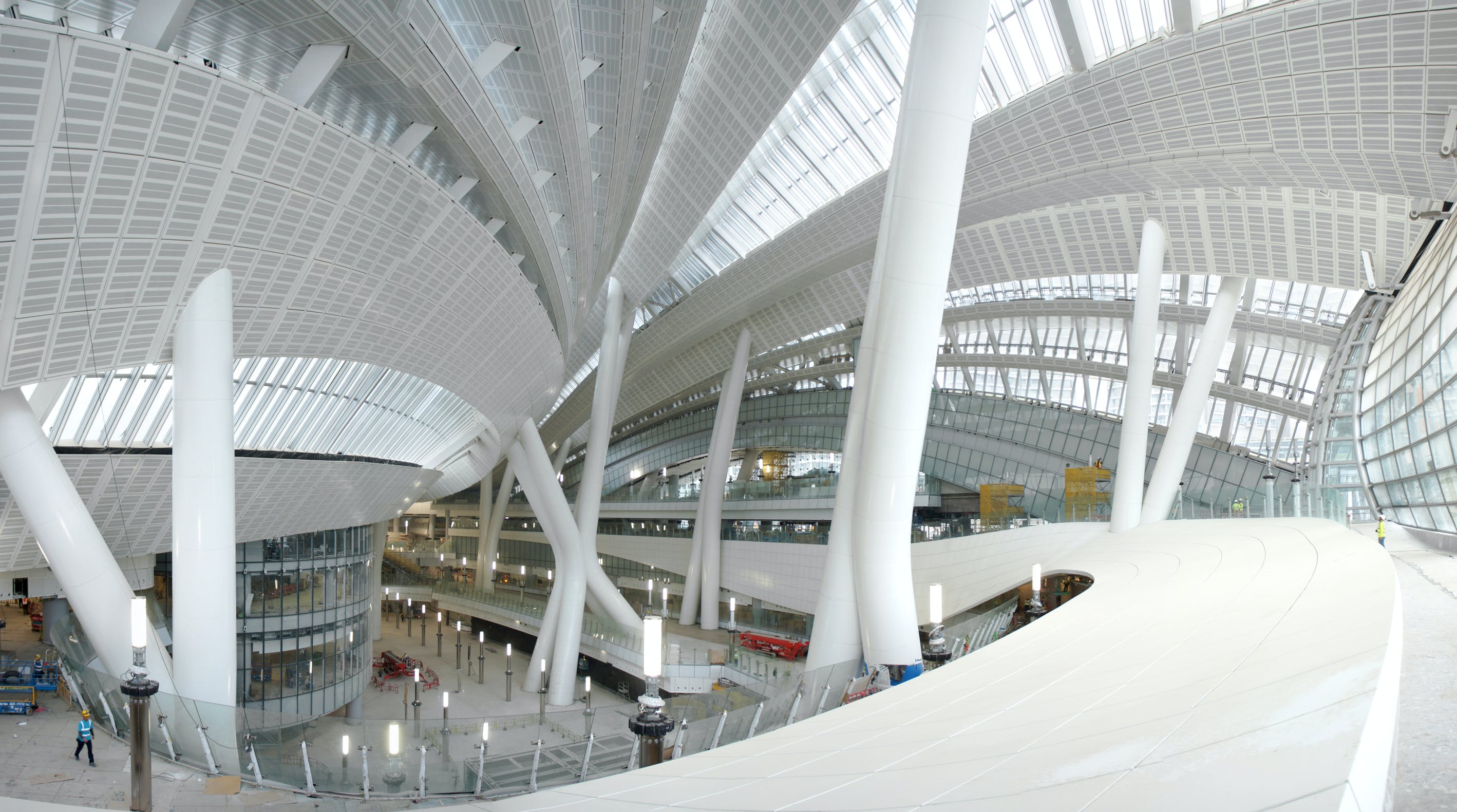 Upon boarding the train, remember to stow your baggage properly for a safely and pleasant journey, in which baggage racks are available in every compartment, also you can place your baggage above you seat, also finding your seat is located to the printed ticket accordingly also listen to any announcements, electronic displays that will provide you information of arrivals, and safety guidelines along the way… If you have any assistance inquiries contact the crew on board before leaving the train remember to take your personal belongings with you …..

Travellers taking the Guangzhou –Shenzhen-Hong Kong High Speed Rail may come across mainland trains or known as High Speed Trains- The Vibrant Express in which has eight coaches, it has various facilities available, depending your ticketing class tier, the first class comes with headphones among with the other classes tier that you have bring your own headphones….. With Music and in Train television entertainment, along with power socket, with free WiFi… among is free Hot Water in which providing that you bring your own cup or bottle…  Wheel Chair area is provided, with accessible washrooms…… The basic crew of the train comes with a driver, purser, passenger attendants, also an on board engineer …. 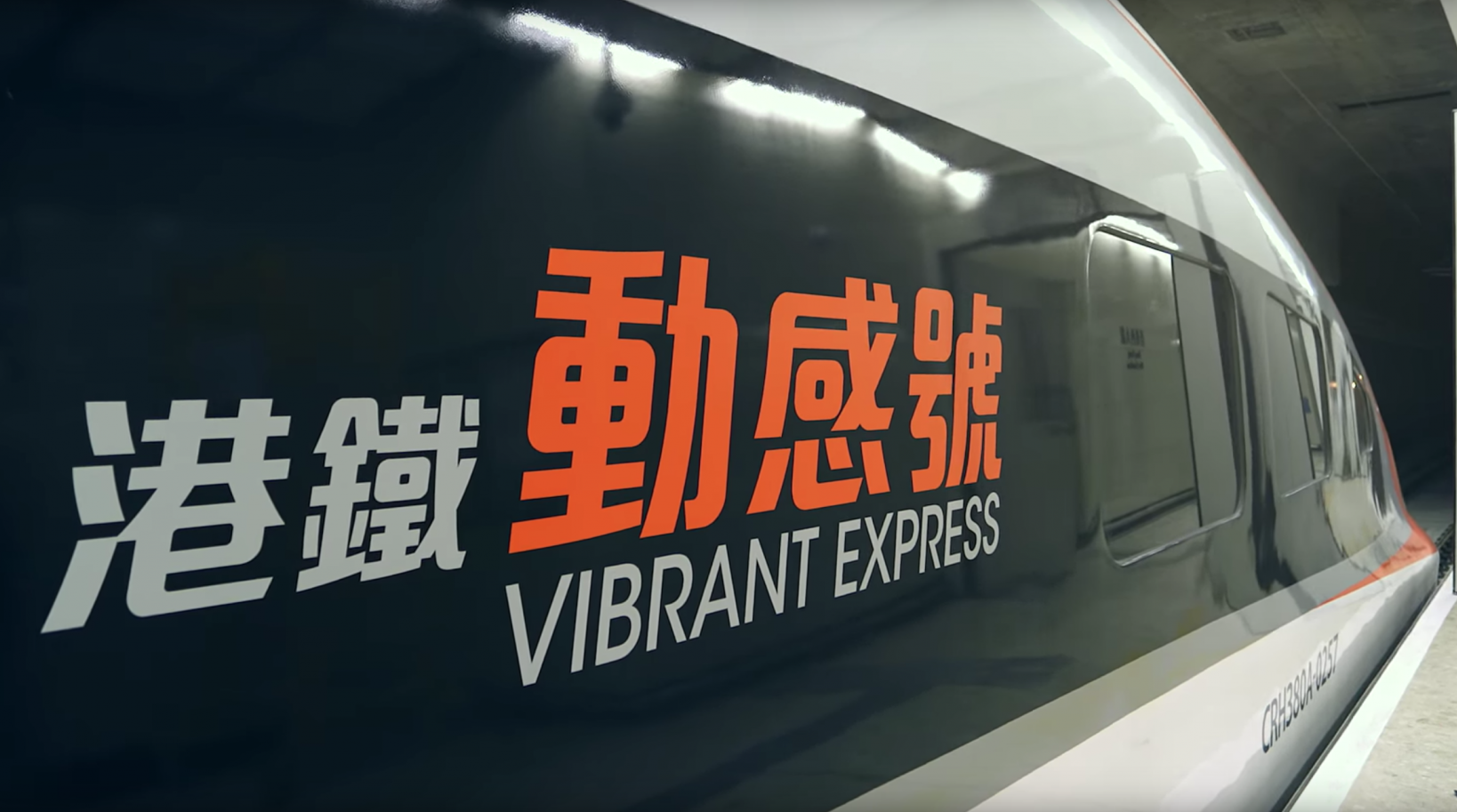