In the spring of Already Tomorrow In Hong Kong 26th March in China 27th March 2020 is the release of Disney’s story version of Mulan played by international Legendary Chinese Mainland Actress Crystal-Liu Yifei, prizing the role of Goddess –Grand General Mulan- Crystal Liu Yifei in which she once lived at the time of year circa 500 AD about two hundred years before the middle of the Tang Dynasty… in which she lived in between the Northern Wei Dynasty (386-534) and Southern or later to Sui Dynasty ….  In that Disney Story of Mulan rendition is their version story foretold of the from elements from the Disney Animate version… the Disney ….

The Disney storyline version of the Mulan rendition from their animate movie from which the teaser trailer has all the hallmarks from the animated movie without the dragon Mushu, in which hopefully this isn’t a musical, in which is a live action translation of the animated… the Disney storyline synopsis is of when the country, empire is in the brink of war with the collection of  Nomadic tribes from the North of the Border in which it’s been on going,  in which infringing on the trade routes that’s known as the Silk Road the connection terrain trading route in between East meeting West that of known as Europe that been.. 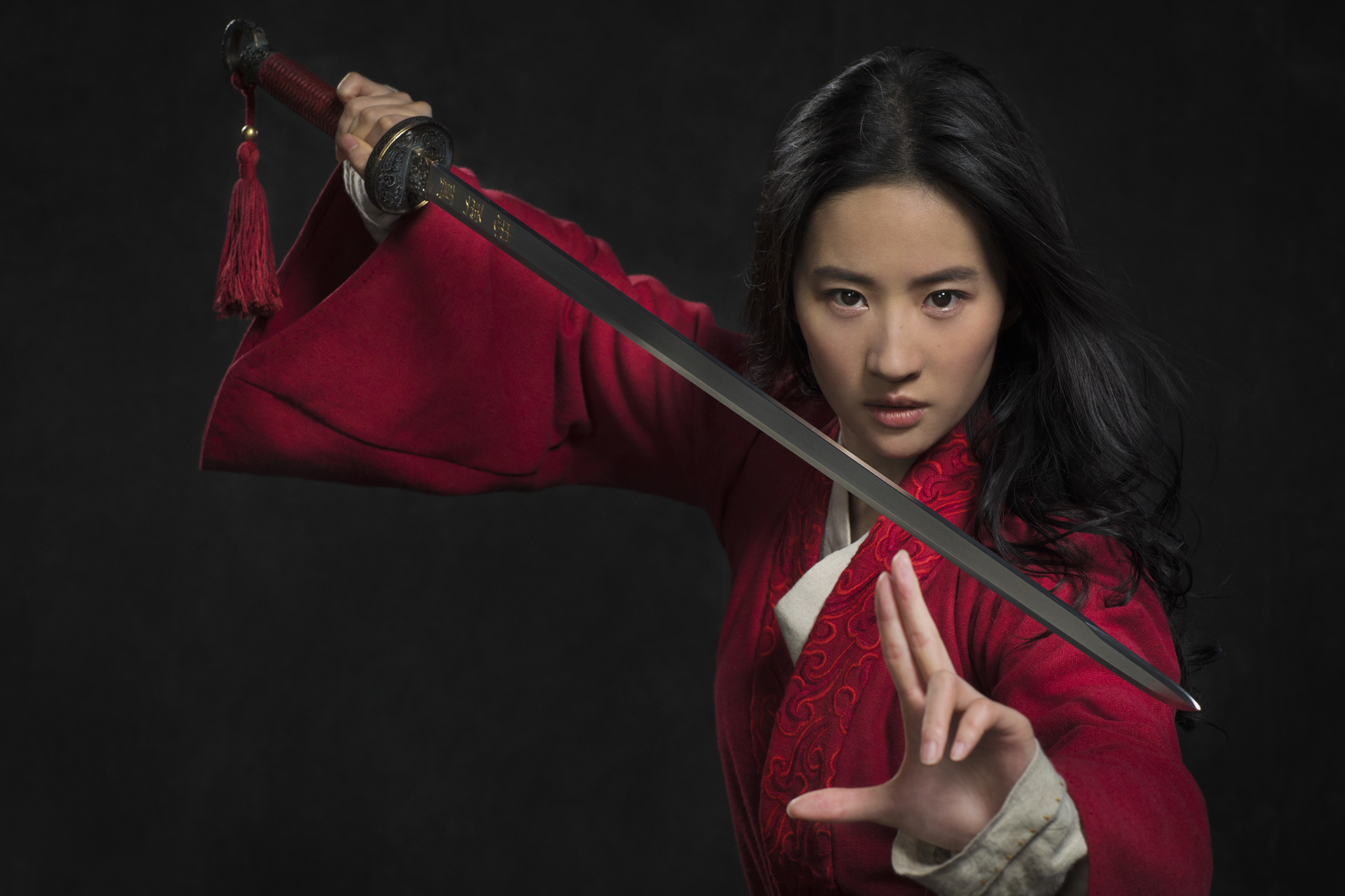 As the war in between Imperial empire continues, more further replacements of the  Imperial Dynasty Army is need for an on-going war campaign… in which the Emperor of that time decrees that the eldest male, or one Male from the family Must serve the Imperial Army.. In which the only male whom makes the grade is Hua Mulan’s youngest brother… But Mulan’s Father says he’s too young… in which he takes his son’s place as previously as he was a General, in which Mulan’s grandfather is also one to in the real life version… As this film explores two sides of her the one is the good daughter whom filial piety towards her parents take shape as she decides to become the other in replacing her ill aged father in which sets off as enlisting as Hua Jun .. In disguised as a man for twelve long years of campaigning in combating defeating successfully the northern nomadic tribes back in learning from each other from her comrades also from her father and grandparents….From the years of campaigning she embracing her true potential finding her inner strength as person also as a solider towards honoured General- Grand General…

Disney version of Mulan , as Mulan is prepared by a match maker in which she is deciding this isn’t my life like this.. as she dressed in Han Dynasty Tang Dynasty clothing with to excessive of the make up.. 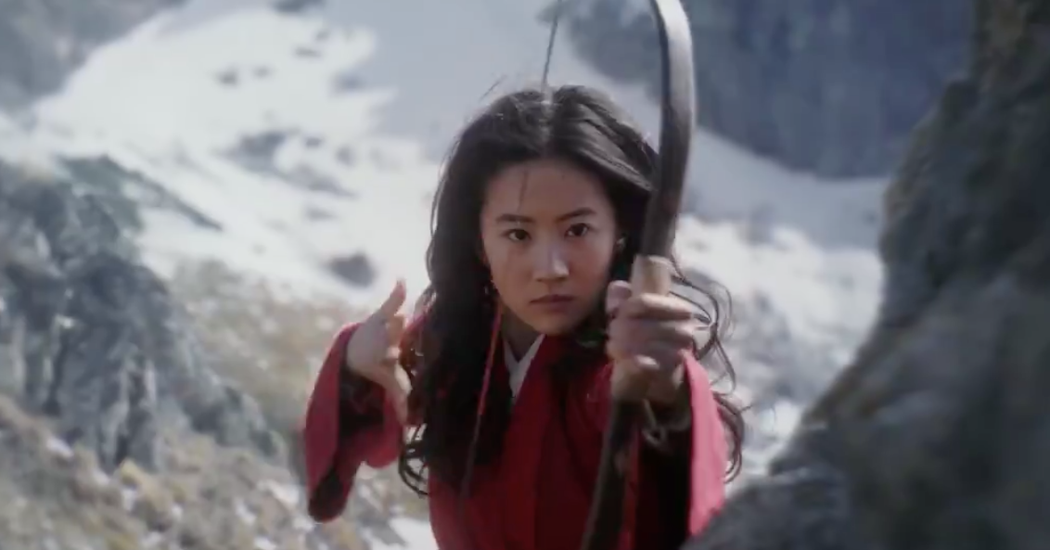 In which the real life Goddess Grand General Mulan with the military rank of an Empress was grant that tittle even though she decide to decline the official posting as she explains that her parents, grandparents also her siblings is the most important also it’s long while from her family in which the Emperor understands filial piety, family is important, in which the rank she kept even in just in case..  during the Tang Dynasty, the first Emperor issue an imperial decree in which Grand General Mulan tittle is levitated towards a high level grant as Goddess, in which a massive temple is built to honour her, her life in which most of the first hundred years of Tang Dynasty is inspired by her life stories..  In which the real Mulan was a very wealthy self-made Entrepreneur on of the most wealthy girls in the village city township as she own her seamstress company in tailoring clothes for her respective patrons customers.. In which as you read during the Ballard of Mulan.. she purchases a Warhorse, today that’s like purchasing a Bentley of the lot instantly and armouring her warhorse …  in which also her Martial Arts is incredible as she is educated to the highest extend humble taught by her father and grandfather whom was both noted Generals during the dynasty… in which like of her younger sister and brother.. Her name was given by her parents in whom there was Mulan Magnolia flower, in which Magnolia trees bloom with flowers in front of her home… As Hua Mulan, Fa Mulan translated to  Flower Magnolia … in real life she didn’t have a relationship nor of being married her only love relationship was filial piety, towards her parents, grandparents also her siblings…. She was very virtuous in heart what she loved…

During the sequences of the teaser trailer, we can see various elements of the film, in which most of the filming production  was done in parts of scenic New Zealand in which giving that raw harshness ancient landscape of the Gobi Desert, the central plains, the Mongolian plains of  China of somewhat of that era.. In which the New Zealand landscape resembles to almost of those landscaping environments …. In which one earlier in the teaser trailer is the village home of Hua household in which Mulan lived in which is situated in Fujian Province China – People’s Republic Of China in which is known for round fortress Fujian Tulou Hakka homes, in which are called Fujian Tulou  communal Homes. Designed as with fortifications in mind to defend against bandits, or armies..

Directed by New Zealander Niki Caro, screen played by Lauren Hynek, Rick Jaffa, Elizabeth Martin, Amanda Silver featuring an all International Asian cast “Mulan” features a celebrated international cast that includes: Yifei Liu as Mulan; Donnie Yen as Commander Tung; Jason Scott Lee as Böri Khan; Yoson An as Cheng Honghui; with Gong Li as Xianniang and Jet Li as the Emperor. The film is directed by Niki Caro from a screenplay by Rick Jaffa & Amanda Silver and Elizabeth Martin & Lauren Hynek based on the narrative poem “The Ballad of Mulan.”…..