In Already Tomorrow In Hong Kong “ Hong Kong International Airport has been driving Hong Kong’s Social and Economic development Since the days of Kai Tak… In the 1960’s western countries began to introduce flights to the Far East more travellers flew to Hong Kong for business establishing the city status as an important international air traffic hub and metropolis …. By the 1990’s Kai Tak international Airport became the world’s third busiest international passenger airport … in 1993, Kai Tak handled more than twenty four million passengers outgrowing its original design capacity …. IN response, the Government decide to close the Kai Tak international Airport and build a new one on Lantau Island …….. At two minutes past midnight on the sixth of July 1998, when the final flight took off, a Cathay Pacific Airway flight.. From Kai Tak to London Heathrow Airport, Kai Tak officially accomplished its historic mission … …..

To cope with growing air traffic demand, The Airport Authority has invested more than thirty billion Hong Kong Dollars over the years to enhance the airport’s facilities, busy air traffic present challenges for the airport … The Current two runway systems will reach saturation soon, and the airport is expanding into a three runway system.  The three runway system will not only strengthen Hong Kong’s position as a major international Aviation hub it will also increase passenger and cargo volume significantly bringing enormous long term economic benefits and create job opportunities for Hong Kong region… More Importantly the Airport’s expansion will ensure that traveling for Hong Kong’s people will be even more user friendly. By 2035 it is expected that Hong Kong International Airport’s passenger volume will increase more than one hundred and twenty million passengers with cargo growing more than towards ten million tonnes …

By expanding into a three runway system, Hong Kong International Airport will be able to cope with future demand and maintain its international and regional competitiveness and continue to support trade and manufacturing, logistics, tourism, finance and banking….. After years of preparations the construction of the three runway system started in August 2016, the project is expected to be completed in eight years.. Expanding towards a three runway system, it’s not about building a new runway …. The entire project involves reclaiming 650 hectares of land, in which is equivalent to thirty four victoria parks …. In which building a new passenger building and parking stands with a new three thousand and eight hundred metre long runway … integrating the system with a new automated people mover system with a new baggage handling system…. Also with the expansion of terminal two.. The project is an undertaking almost like building a new international airport..

HKIA is also undergoing a series of developments to reinforces it cargo leadership, a premium logistic centre at Kwo Lo Wan in the South Cargo Precinct of HKIA in which is expected to commence operation in 2023,  with an estimated gross floor area of 380,000 square metres … The centre  will be third largest warehouse in Hong Kong….  another Initiative to meet the huge air traffic demand is the Hong Kong International Aviation Academy, in which will provide training for local and regional young people whom are interested in the aviation industry with a view to building a talent pool for the Airport’s future Development …. 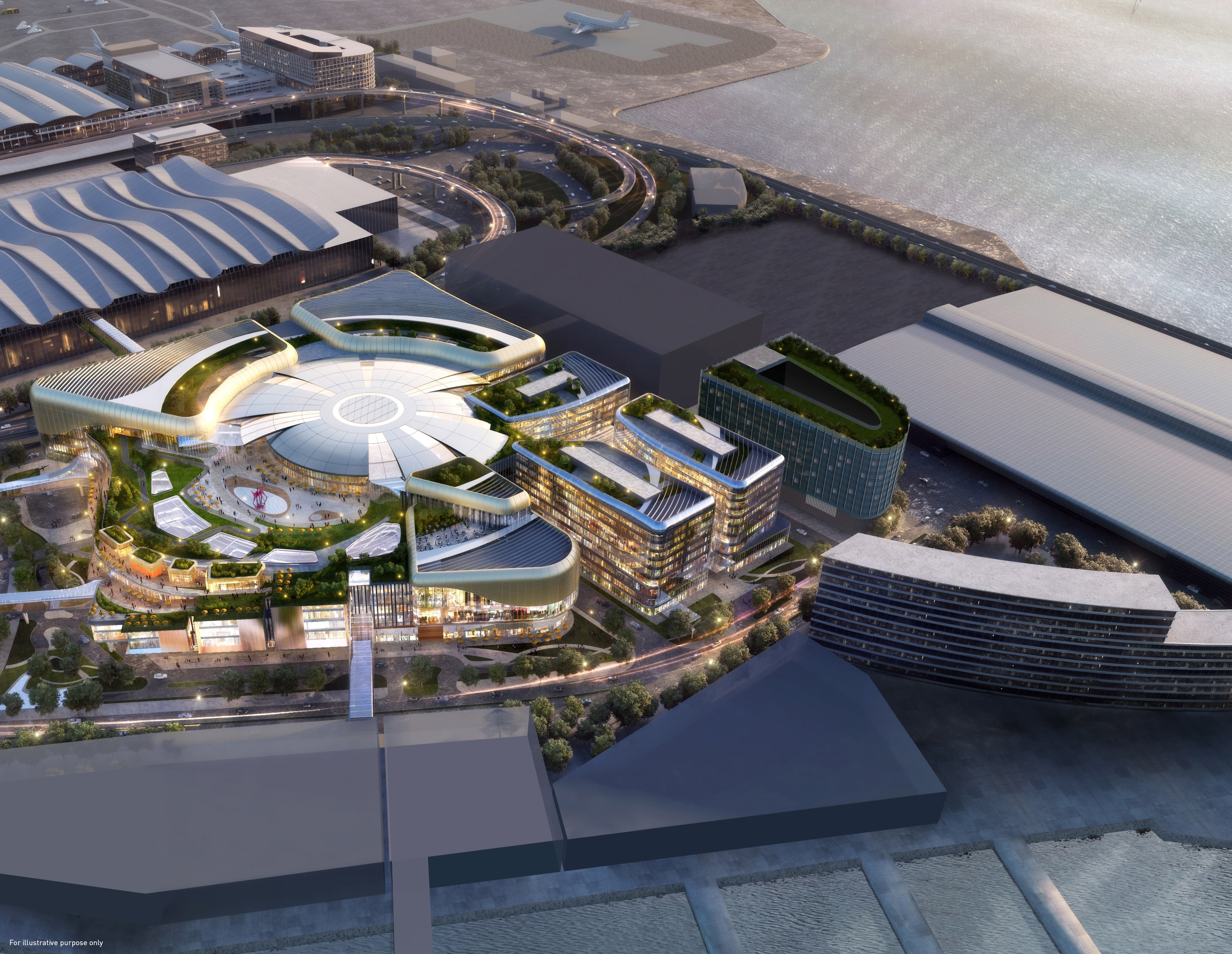