In Already Tomorrow In Hong Kong, one of many Transportation is the Buses, one of many providers is the KMB-Kowloon Motor Bus Company… whom carter the hundreds of thousands of people of Hong Kong on daily basis in recently months there’s been an lead up towards the increasing towards public transport safety with the new requirements regulations in which they renovating the newly acquired iconic double decker buses with safety belts for each passenger seating.  Another introduction is the AI – Artificial intelligences of the KMB Bus Driver bio signature health system in which the system monitors the Driver Awareness of how long has the driver has been driving around for also looking for any signs of driver working fatigue with the various sensors that have been installed around the driver’s cockpit. Keeping check with the heart rate, the facial expressions recognitions that indicated tiredness of the driver also bio signs.. 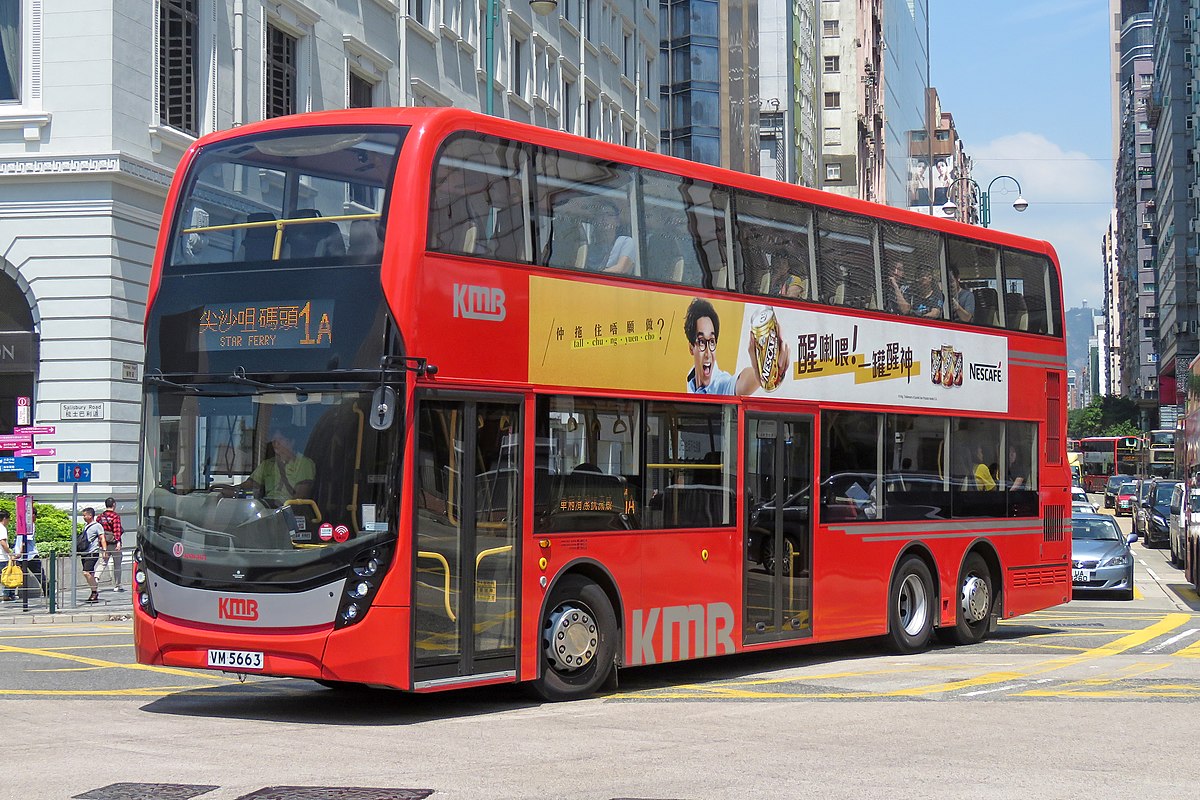 As for the buses are based on a Volvo mainframe, in which the buses are out fitted with CCTV cameras that will aid the driver, with passengers safety as they arrive or departure before setting of towards the next stopping route… in which the driver can see what’s happening in on the above view screen in the driver cockpit console.. , among that within that console is protective screening just in case with differences with passengers… Along with the new the interior flooring has a new anti-slipping surface nylon in which makes you shoes to gripping onto the floor when wet…..  Among with the KMB Bus interior is more handrails with a gripping texture.. Among the stairway there’s a soft padded cushion where just in case a passenger falls their body, also head will be cushion… With the new features it’ll have sensory doors in which if a person is stuck in between that person won’t be crushed the doors automatically retract open …. With anti-skidding- ABS driving abilities in which the bus will keep its tyres on the road..

Safety is important each driver will receive a compressive intense training of getting the new buses inside out… Also in which applies towards the older fleet as they start to phase out for the new smart double decker buses… this improvement in passenger, and driver safety came about with the concerns of driver fatigue of driving longer hours in their work shift as now they’re being reduce very significantly to given drivers a more resting period for their next shift, in which also with other factors of older buses not equipped with the new next generation buses designed,