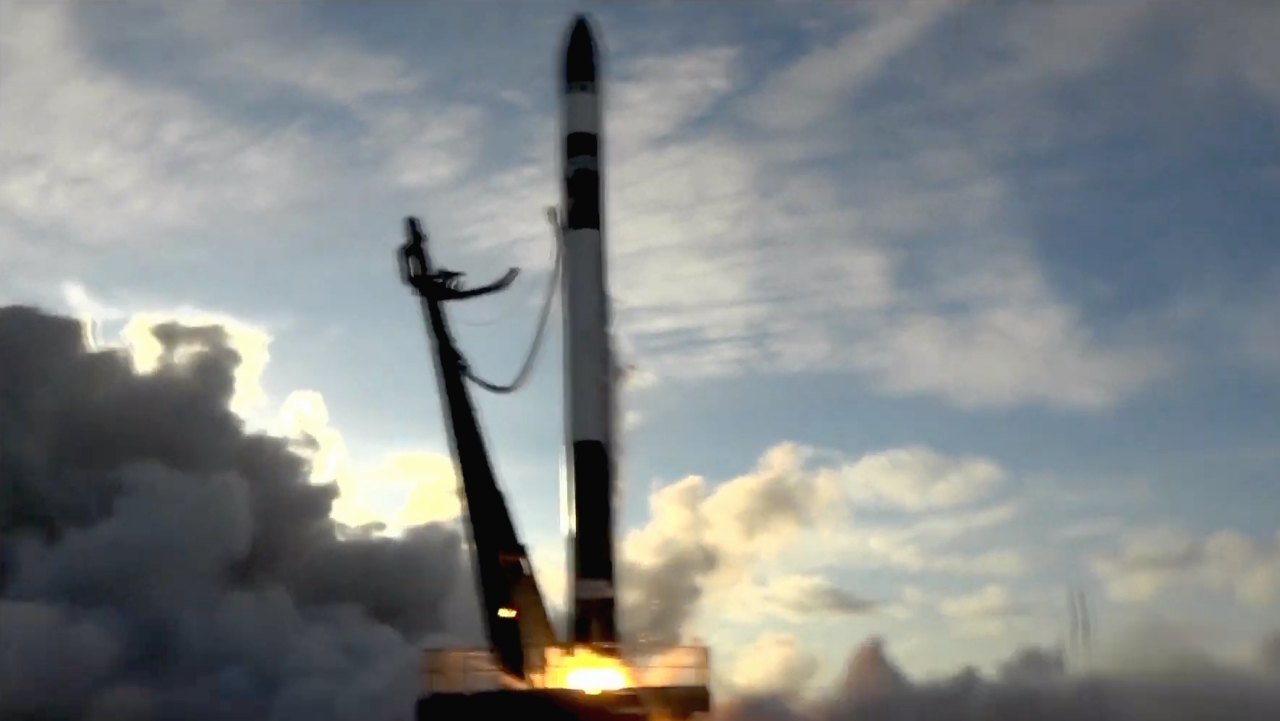 On 13th December 2018, Lucky number 13 or that’s the Number of the Jodie Whittaker’s 13th Doctor or its Taylor Swift Favourite Number also its her Birthday on that day…. In which  it’s the launch of American Company – New Zealand- Auckland based Rocket Lab  Electron Carrier rocket provider in which the “#ItsBusinessTime “had provide a belated but launched second time round successfully … in which preparations for #ThisOnesForPickering has been well away on 21st November 2018 for its first stage Electron’s Rutherford engines.. For its NASA Launch services program…. Also it’s the number of Stars that embroidery onto the mission patch..

In which this that Day of the 13th December 2018, weather situation for New Zealand’s Weather became extremely unfavourable as it didn’t meet the launch criteria requirements… as an onslaught of thunderstorms low starting to approach the North Island in which made a spectacular lightning storms in which brighten up the night skies in which there was massive flooding in New Zealand in proportionally parts of the country.. In which lead to conclude the belayment of the first launch attempt in ready for a sunny day on which provided on the 16th December 2018, in which without any arising issues, #ThisOnesForPickering #ElaNa19 launched with those Rutherford and Curie Engines from that Electron Rocket…

There was a critical launch window for #ThisOnesForPickering Is in between the durations of 13th to 21st December 2018 from LC1- Launch Complex one at Mahia Peninsula, North Island  at Onenui Station …. Launching as part of the NASA Launch services program is this Rocket Lab’s third launching of an Educational Launch of Nano Satellites – ElaNa -19 Mission for NASA.. In which Rocket Lab is a part of the VCLS- Venture Class Launch services initiative in which is co-ordinated from NASA KSC – Kennedy Space Center.. Each of the Nano Satellites was given individual designation names respectively to its mission goal..

#ThisOnesForPickering Hashtag branded in honour towards one of NASA’s Founding New Zealander fathers- Doctor- Sir William Pickering whom is also the patron of previous NZSA- New Zealand Spaceflight Association in which known internationally … in which he also collaborated with among founding fathers of a 1958 NASA to build Explorer one… in which Honouring him his descents were watching the live coverage from the Auckland Mangere- Rocket Lab Mission Control Hall, from the back watching their Grandfather, their Ancestor being honoured in this manner..

The Payload – ELaNa-19 will be deployed at an altitude of five hundred Kilometers above Planet Earth, at an eighty five degree inclination…. This is a first series of ELaNa-19 Cube Sats deploy out from a Constellation network of thirteenth.  Within this network it’ll provide an educational learning tool backbone to whom uses the low cost platform for research, educational, investigative nature of data observational analysis collecting on Earth and Space Sciences applications and tasking’s the ELaNa-19 Constellation network communicating each other provides that provisionments..