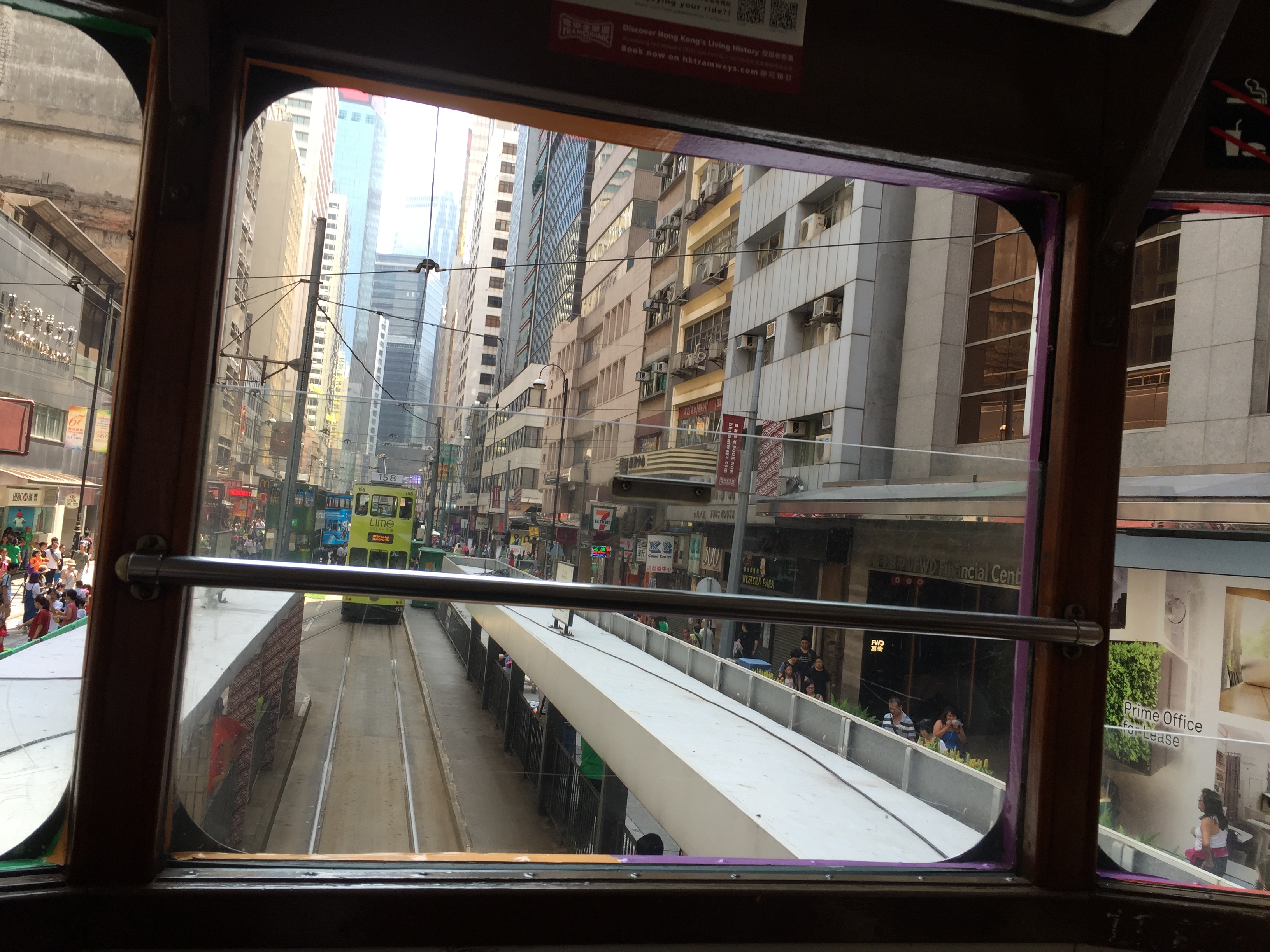 Since 1904 in Already Tomorrow in Hong Kong, the Founded Hong Kong Tramways have always been the benchmark hallmark inspiration of the world leading  MTR Hong Kong Corporation, in which it transported countless two hundred passengers per daily, 10.4 Million per year averagely….  Within the Hong Kong Tramway route is the countless untold stories that transited ride throughout tramways system on Hong Kong Island …. The “Ding Ding” in which iconically called for the stopping signal bell that it makes to signal a stop onto to the various stops in between from west to east side of Hong Kong Island..

In recollecting those untold Tramways stories, in which is like a time machine that collect stories from memorable timeless moments in everyone lives whom travelled within with those historic furnishings also whom watched travelled away as it grew up with the evolution of changing Hong Kong… in which the Hong Kong Tramways have invited you to share your timeless memorable moments as you ride the Ding Ding’s in Ding Ding Diaries…

Billy Tam- fitness entrepreneur of Warrior Hong Kong rides the Hong Kong Tramways for daily commuting in which he has some interesting stories to tell..

One of countless stories of the Passengers whom ride the Ding Ding’s is one thirty four year old, Billy Tam, a Fitness Entrepreneur, in which his is a neighbourhood story,  that when you ride the Hong Kong trams on Hong Kong Island, you’ll see an assortment of historic, nostalgic  to present  modernized areas of Hong Kong.. in which it inspires him with the assortments of diverse people from those neighbourhoods, in which he works for his business also various other business apart being a Gym owner- fitness Entrepreneur of Warrior Hong Kong in which he adapted from his work, life experiences from living in Los Angeles, in which he constantly wakes up early at six in the morning.. to catch the morning tram ride, in which he previously open a Yogurt store in which exploring the neighbourhood along the Tramways route, he found a small interesting area, nearby Victoria Park and Saint Paul Convent School.. In which getting of the tram to explore.. He founded many students and girls loved to treat themselves with yogurt.. from then he open one up, finding an opportunity, locating the yogurt store in Causeway bay  in which is a trendy setting district, face paced… in which has a lower rental rates, than other nearby districts, also transportation was very convenient too, as  if Billy Tam didn’t travel along the tram, he figured out that this would never happen..

In which as younger Billy Tam, he know of didn’t appreciate the history of the tram, but now it’s a different story, in which it has an intimate historical relationship of how it tells him the timeliness, tracks, routes of the of the daily commotions of the its life..