In Already Tomorrow In Hong Kong, One of the many largest projects of is the West Kowloon Station built by the world leading MTR Hong Kong Corporation….previously introduce by TVB presenter, Jacqueline Wong on how it the high velocity railway express Rail Link network in which it cuts down the journey time in between from Canton province Capital Guangzhou to Hong Kong West Kowloon Station hub from in between in averagely time least than forty eight minutes from the older trains three to four hours..  In which makes it extremely convenient for people whom live in Canton Province Capital Guangzhou to travel to work in Hong Kong, also vice versa along that railway next work or dropping by without having to board an aircraft from Hong Kong International Airport…..

This time its Jacqueline Wong’s Sister Scarlett Wong also a TVB Presenter whom now introduces the high velocity railway network in which the West Kowloon station connection is almost complete with the various testing and fine tuning that required to make it passenger safe…. As part of the various connections towards from the station it’s the passenger gateway towards as it’s a very few minutes away from MTR Tung Chung Line, Airport Express and West rail line … in which also given that you’re walking towards the station there are many commuting walkable seven foot bridges pathways like from the Austin Station also pedestrian subways that are connected towards the West Kowloon station with the local transportation network…. 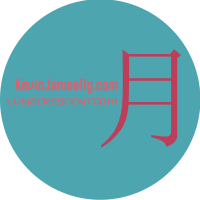