On A very wintery cold autumn night sky in Auckland, New Zealand, that night also day of 17th June 2017 was an extremely foggy day that also fog out Auckland in particular… In which it stood there for the whole day for a moment till the Sun- the nearest star to Earth, was able to warmth up radiant wintery heat the Auckland landscape only…… That Day the foggy landscape roam over with silent in which during the later hours in the afternoon of the Manukau Harbour encompassing any possible views of story telling the night sky….

Until that night there was moments off pockets of windows to storytelling of the night sky in which the Planet Jupiter in the bodice of the Constellation of the Virgin –Virgo…  orthough it was observable through the thin layers of fog there it was in the clear window in which you could see only forty light minutes ago, least eight hundred million kilometers away from Earth as well with the tropical bands In with the many layers of intensive impressive weathering system as too among its Galilean Moons as progressively going from occultation into transiting with multiple eclipses. . 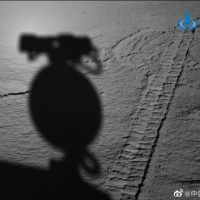